​An Essential Guide to Green Day

By Ian Gormely
Published Oct 04, 2016
When Green Day broke through in 1994, few could have predicted that the Bay Area trio would still be together in 2016, let alone be one of rock's most enduring stadium acts. Presented as a buzz-saw and bratty foil to the dour sludge of grunge, their brand of razor-edged pop punk connected with a generation of teenaged malcontents like few before them, catapulting the band into the stratosphere while giving pretty much any group that identified as "punk" at the time a shot at some kind of mainstream recognition.

Success of that magnitude can be the death knell for artists both personally and professionally — How do you top an era-defining record that sells a bazillion copies? — so it was a shock to many when the group reinvented themselves in the 2000s as political rockers with American Idiot and introduced themselves to a whole new generation of fans and level of fame.

With their latest, 12th album Revolution Radio, Billie Joe Armstrong, Mike Dirnt and Tré Cool appear to be clawing back from the ambitious arena rock highs of their past decade. It's their first album since 2000's Warning that isn't part of some high-concept or multi-record set, and the band have a series of relatively small-scale gigs booked on the initial leg of their supporting tour. Given that legacy, now is as good a time as any to dive into their surprisingly robust catalogue. Below, find Exclaim!'s Essential Guide to Green Day. 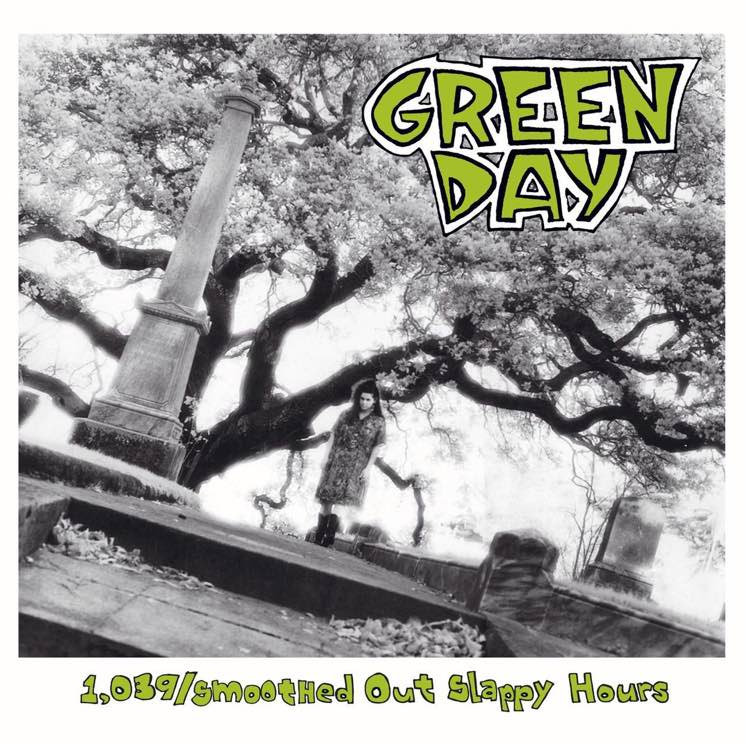 Though 1990's 39/Smooth was technically the band's debut, its re-release with the 1000 Hours and Slappy EPs tacked onto the end is a better, more complete picture of the band at their earliest. (It's also pretty much impossible to find the EPs as standalone releases these days; even the record's vinyl reissue tucked the EPs into the sleeve in their original 7-inch form).

Recorded with original drummer John Kiffmeyer, it lacks the flashy and propulsive drumming Cool brought to subsequent releases, but listening to these songs some 25 years after their release, Armstrong's songwriting is amazingly strong, while the band's sonic template was pretty much set in stone from the get-go. Many of these songs (and ones from its just-as-great followup Kerplunk) continue to appear in Green Day setlists today. Best of all, the record opens with "At the Library" one of the band's sweetest songs, in which frontman Billie Joe pines over a girl he ultimately loses due to his inability to muster up the courage to go over and talk to her. 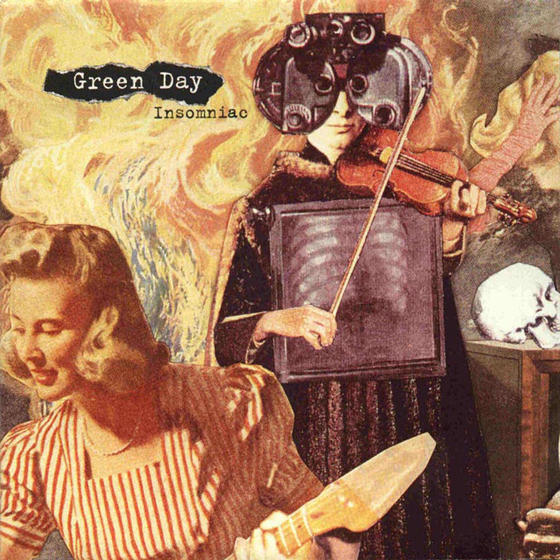 The turnaround between 1994's Dookie and its follow-up was shockingly quick — Insomniac dropped less than 18 months after its behemoth predecessor and was perhaps rightly criticized for not pushing the band's sound into enough new directions. However, time has been kind to the record, a more aggressive, amphetamine-fuelled version of the band that's more diverse and nuanced than reviews would have listeners believe.

In many ways, it can be seen as a reaction to the accusations of selling out that dogged the band throughout this period. "86" in particular, which the band performed on The Late Show with David Letterman when the talk show rolled through San Francisco, addressed the ban imposed on the group by 924 Gilman Street, the legendary DIY punk club and scene that nurtured the group (and Bay Area friends like Rancid) in its early years. "Brain Stew/Jaded" was the record's big single (you can skip the "Godzilla Remix" included on the soundtrack to the ill-fated 1998 American reboot of the Japanese kaiju), but that mid-tempo alt-rocker (at least the first half) doesn't come close to capturing the record's sonic blitzkrieg. 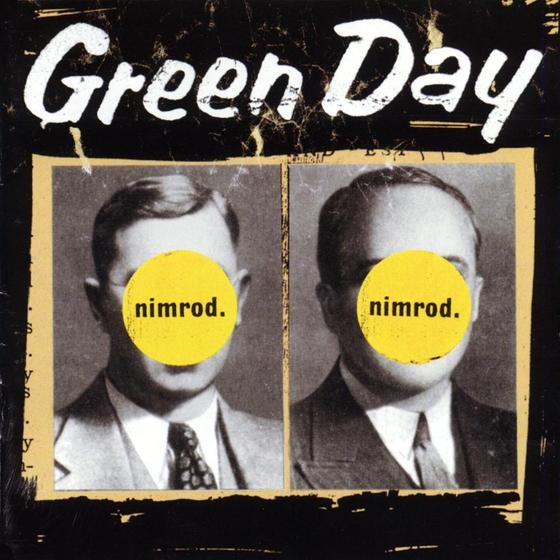 Having written themselves into a bit of a corner with Insomniac, Green Day flipped the script on their fifth record, delivering the most musically diverse album of their career. Power-pop, surf-rock, ska and even a certain acoustic ballad make appearances here as the band begin to embrace some of their heretofore-unheard influences without losing the core of their sound.

Again, it's the outlier — "Good Riddance (Time of Your Life)" — for which the record's remembered, but don't let the over- and misuse of that bitter kiss-off stop you from digging into the meat of the record. You could fill a Green Day deep cuts playlist with just tracks off of this album. 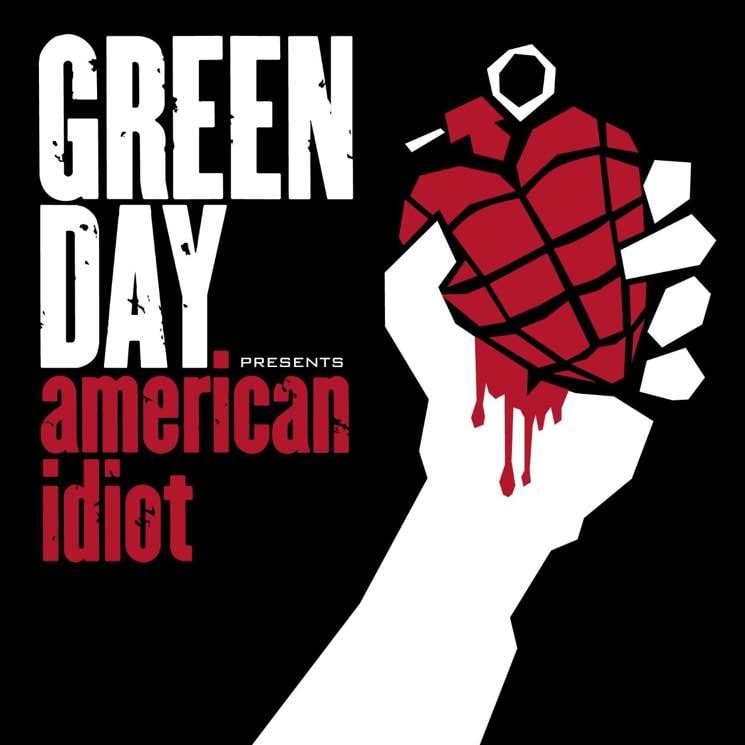 Had Green Day never made American Idiot, they might have enjoyed a comfortable career churning out half-hearted new records every few years to diminishing returns, or they would have just broken up. Following the less-than-stellar reception to 2000's Warning, Green Day were at their career nadir — and at a time when the sound they'd popularized was more popular than ever.

After the recording and subsequent theft of a planned follow-up, the band regrouped with Dookie producer Rob Cavallo and funnelled frustration both with their situation and the fractious political climate in the U.S. into a concept record about a bored suburban teen (Jesus of Suburbia) who's torn between the self-destructive St. Jimmy and the redemptive Whatshername. Much like their heroes in the Who, the band crafted several musical suites to help tell the tale, resulting in the politically motivated, but still personally pointed rock opera American Idiot.

Really, the whole thing should be a bloated mess, but the trio manage to thread the needle between ambition and parody here. There's a nuance to these songs that ensured that long-time fans were onboard while also introducing the group to a new generation of fans.

Suddenly viewed as one of rock's (not just punk's) great legacy acts, the band were soon performing Super Bowl half-time shows with U2 and working on a Broadway musical version of the record. American Idiot remains a perfect distillation of the band's rage and artistry. 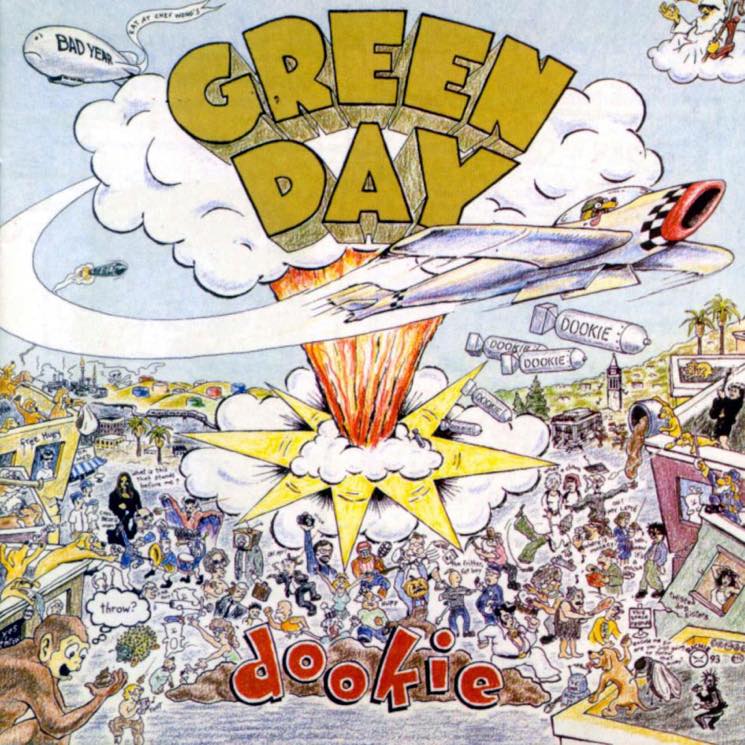 You can split Green Day fans into two camps: those who view American Idiot as the group's defining album, and those who bestow that honour upon Dookie. Those two groups are generally split along age lines and neither is really wrong – both albums are excellent starting points. But with all due respect to American Idiot, it never captured the zeitgeist the way Dookie did.

Many have tagged Nirvana's ascension as punk rock finally hitting the big time in North America, but their association to the genre was more spiritual than musical. Green Day were the walking, talking real deal, at least the kind of melodic punk that was pouring out of California in the late '80s and early '90s. Dookie took the hooky template they'd laid out on two LPs for Lookout Records and blew it up to stadium-sized proportions.

A slick amalgam of UK first wavers the Clash and Buzzcocks with the less aggressive side of southern California punk (Descendents, Bad Religion) and alt-rock godfathers Hüsker Dü and the Replacements, their stoned tales of suburban boredom were an immediate smash, going on to sell 10 million copies in the States alone.

You can thank (or blame) producer Rob Cavallo all you want for laying the sonic foundation that's followed the band throughout their career, but even if Green Day had remained an underground concern, it's hard to imagine songs as infectious as "Basket Case," "Longview" and "She" not worming their way into the ears of teenagers across the land, anyway (the instrumental transition between "Chump" and "Longview" hinted at the ambition the band would fully embrace a decade later).

In 2016, it's hard to find any punk or rock band with members under the age of 35 that weren't influenced by Green Day to some small degree (let alone the entire careers of Blink-182, Fall Out Boy, Sum 41, Simple Plan, etc.). That's because of this album. 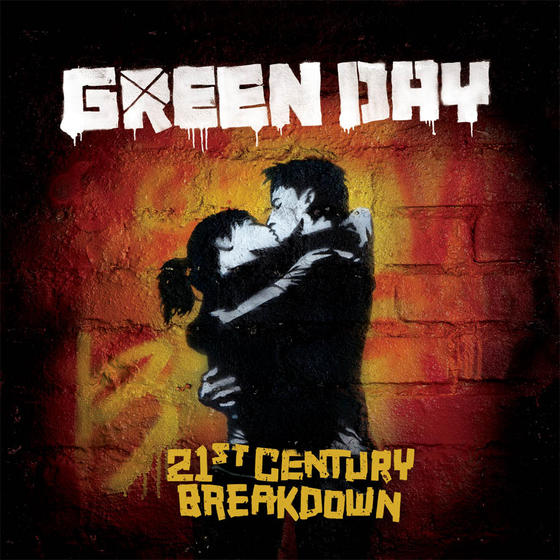 21st Century Breakdown (2009) is Green Day at their most Meatloaf-esque. Where American Idiot carefully balanced Green Day's musical ambitions with rock solid hooks and, you know, actually having something to say, its slick follow-up jumped the shark. Produced by Butch Vig, the record is a too-slick and bloated spiritual sequel that attempts to outdo its predecessor in by stripping away the subtlety that made that album work.

Favouring the record's narrative over actual songs, it was a harbinger of the American Idiot musical that premiered around the same time. Though there are certainly some worthy additions to the Green Day canon here, as a whole it's overlong, overwrought and overblown.

The band's most recent records, meanwhile — the 2012 trilogy of ¡Uno!, ¡Dos! and ¡Tré! — should have offered more variety than they did. Instead, we got three just okay Green Day records, each boasting at least one embarrassing moment. ¡Uno! is likeable, but ¡Dos! and ¡Tré! Both suffered from diminishing returns.

Generally speaking, Green Day's B-sides and rarities didn't make it onto their LPs for good reason: they aren't that great. As such, both Shenanigans (2002) and Demolicious (2014) are really only for the diehards. Finally, Green Day's three members have all embarked on various side-gigs, both alone and as a group that range from okay (Foxboro Hot Tubs) to awful (Armstrong's duet record with Norah Jones). 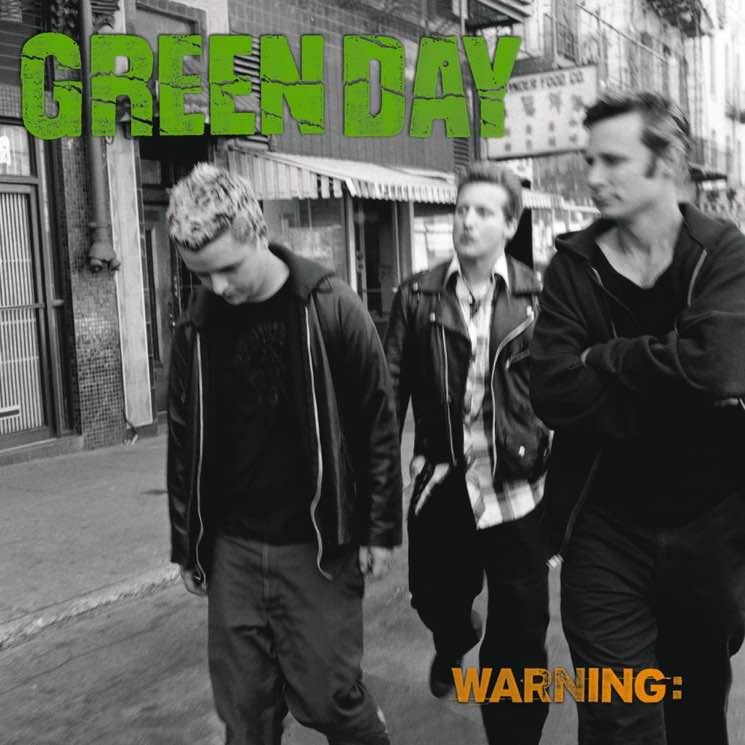 Though certainly ambitious, Green Day's music generally works in a pretty small box that they band constructed back on their debut. They've found a lot of ways to work within that box over the years (Nimrod being a prime example), but Warning (2000) is probably the closest they've come to actually stepping outside of it. Many fans will go to bat for this record, which finds the band at their most Kinks-ian. Liberally employing acoustic guitars across its 12 tracks, Armstrong's songwriting is as on-point as ever, but the production (which at one point in the recording process was helmed by Scott Litt, best known for his work with R.E.M.) leaves the record feeling a bit muted compared to other Green Day Records. Still, Warning offers a side of the band they've rarely showcased since, and is thus well worth checking out.

Out of ¡Uno!, ¡Dos! and ¡Tré!, ¡Uno! is the best, and though the latter two were worth avoiding, that's mostly because of their unwieldy size; pare away the detritus of the trilogy down to a single record and you get a pretty great full-length.

A holdover from the Dookie sessions, "J.A.R. (Jason Andrew Relva)" found its way onto the Rob Cavallo-produced soundtrack to the long-forgotten teen-flick Angus (which also featured great tracks from Ash, Love Spit Love and a similarly great Weezer B-side). Led by a funky Mike Dirnt bass-line, the track is a tribute to a fallen friend and one of the band's best. It even ended up on the International Superhits compilation.

Finally, anyone who thought Green Day peaked with Kerplunk should check out Pinhead Gunpowder's discography. Armstrong's "other band" has existed almost as long as Green Day and includes zine writer (and former Crimpshrine member) Aaron Cometbus and Green Day touring musician Jason White. Although their sound is similar to early Green Day's, especially when Armstrong sings, Cometbus writes the majority of the music and there's an edge to their music that Green Day lacks. The band work sporadically, having pumped out a pair of LPs and a bunch of EPs and seven-inches that have been collected as several full-lengths. The 2009 best-of comp Kick Over the Traces is probably the best place to start, though there are gems across their discography.
Green Day