The Five Faces of Daniel Romano

He's explored an array of musical styles throughout his career, but this year's releases are just as varied — and compelling — as his entire back-catalogue

By Laura Stanley
Published Sep 29, 2020
Before 2020, Daniel Romano already had a well-rounded musical career with 13 records in a variety of musical styles, from folk and country to rock to psych to punk. But this year, Romano unveiled 10 new releases (seven studio albums, a live album, a 23-minute song with Tool's Danny Carey and an EP with members of Fucked Up) that are just as varied and compelling as his entire back catalogue. Every time Romano releases a new record, you can never be sure what style it will be in.

In honour of his very productive year and current appearance as Exclaim!'s October/November 2020 cover artist, here's a deep dive into Romano's discography and his five musical personas. 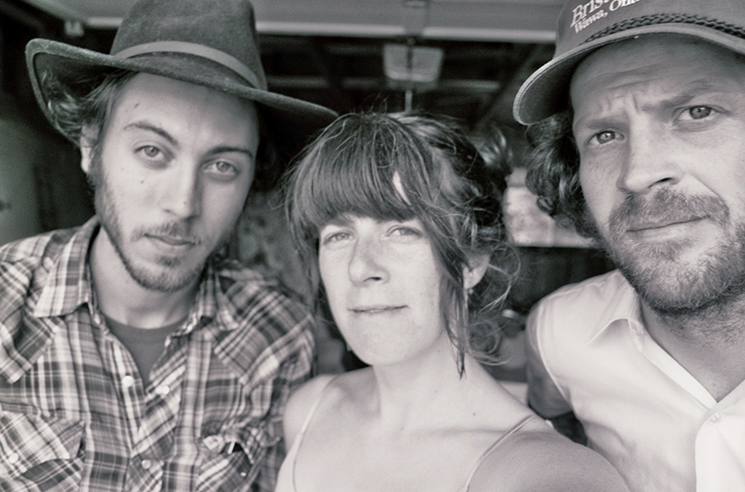 In the summer of 2009, Romano and singer-songwriters Julie Doiron and Frederick Squire gathered around a microphone in Squire's garage in Sackville, NB, and made their rustic folk record Daniel, Fred & Julie. Their homespun record is a collection of folk songs in the public domain and a couple of Romano originals, but you can't really tell which songs are which.

That timeless quality is a trait shared by all of Romano's folk records. On 2010's Songs for Misha and Workin' for the Music Man, Romano also mixes traditional folk ballads with originals. "So Free," a lulling duet with Misha Bower from the latter release, features elements of the classic French-Canadian folk song "Un Canadien errant."

In 2020, Romano, singer-songwriter Kelly Sloan and ex-Dirty Nil member David Nardi released A Splendour of Heart under the name Alias Ensemble. Anchored by entrancing guitar melodies and Sloan's warm vocals, A Splendour Of Heart is a roving folk album influenced by British-folk traditions. 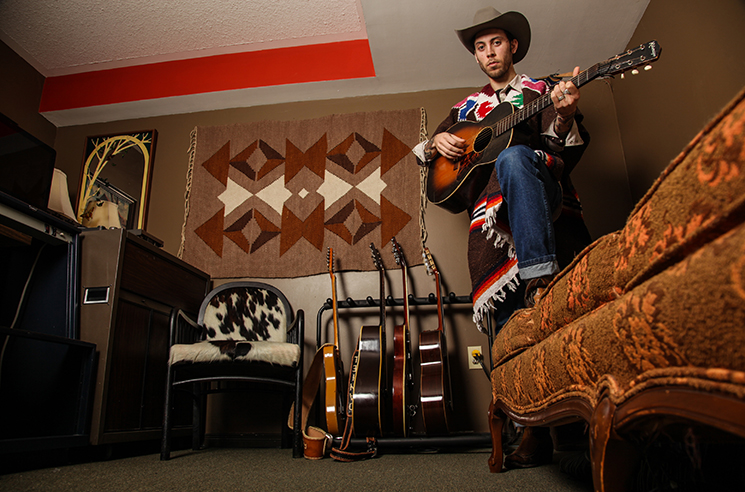 While there's a country tinge to many of Romano's folky releases, he truly began to hone his retro country sound on his downcast 2011 record Sleep Beneath the Willow. On his follow-up records, Come Cry With Me (2013) and If I've Only One Time Askin' (2015), Romano's voice has a deep twang and the additional instrumentation swings delicately. To match his sound, there was a time when it was not uncommon to see Romano wearing the bedazzled Nudie suit he wears on the cover of Come Cry With Me onstage.

After a few years away from country music, Romano, with Kay Berkel by his side, waded back into country on the largely stripped-down Human Touch — a surprise, Bandcamp-exclusive release that was online for a brief time in 2018. In 2020, Romano firmly returned to country music with Content to Point the Way. Made with his backing band the Outfit alongside Aaron Goldstein and Mark Lalama, Content to Point the Way shines bright with all of the classic qualities of Romano's past country albums. When the pandemic ends, you can catch us slow-dancing to "Diamonds and Dogs" at a Legion hall with our best boots on. 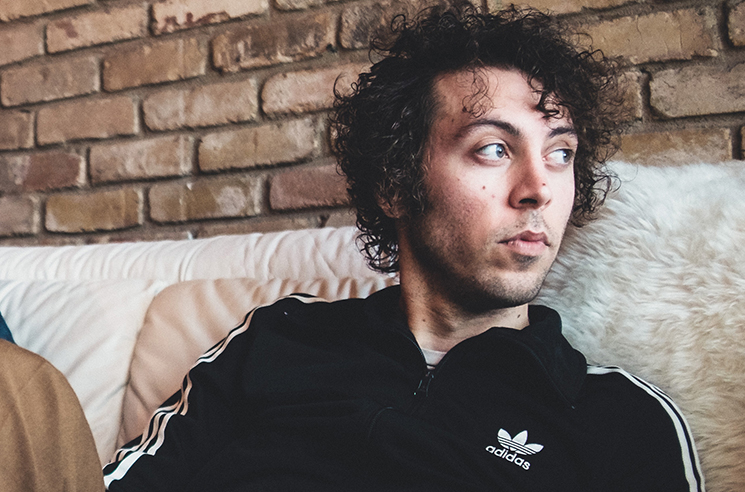 On 2016's rockabilly Mosey, Romano merged his country flair with rock and roll for one of the most distinctive releases of his discography. The album has everything from a piano-ballad ("One Hundred Regrets Avenue") to high-energy tune "Valerie Leon." Nerveless — also a limited edition Bandcamp release from 2018 — likewise blends country and rock, but this time Romano alternates between quiet country ballads and fuzzed-out rock tunes.

In his most current form with the Outfit, Romano is at his rockiest. On the 23-minute, multi-movement track "Forever Love's Fool," Romano, the Outfit, and Tool drummer Danny Carey jump headfirst into progressive rock with electrifying results. How Ill Thy World Is Ordered — another 2020 release with the Outfit, and Romano's latest (for now) — is a focused and energetic recording that feels euphoric at times, like on horn-laden "Drugged Vinegar" and dreamy closer "Amaretto and Coke."

Daniel in the Sky with Diamonds 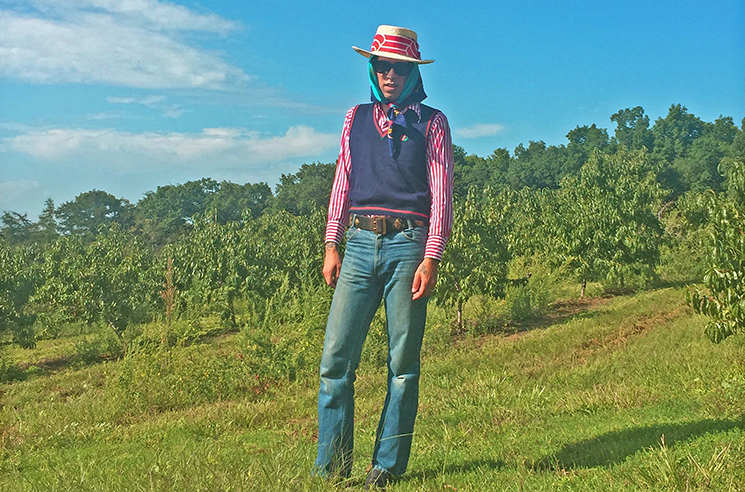 While Romano's sound started to expand into psych-folk/rock territories on Mosey, he is fully immersed in psychedelic sounds on his 2017 record, Modern Pressure. Lyrically, much of Modern Pressure finds Romano exasperated with a tarnished world, but sonically, it's a dense wonderland of colours and textures; hop a ride on the wobbly guitar riffs throughout both parts of "Ugly Human Heart" for a lift to a new plane of existence. The next year, Romano let his subconscious dictate the making of Finally Free, telling Exclaim! in 2018 that the record came to him all at once while driving through the Prairies.

On two 2020 releases — Visions of the Higher Dream and Dandelion — Romano shows off different sides of his psychedelic sound. On the groovy Visions of the Higher Dream, Romano (with contributions from Joseph Shabason, Goldstein, and Raha Javanfar) ventures into surreal terrain, while Dandelion, which Romano churned out on his own in a week, is softer and sunnier sounding. 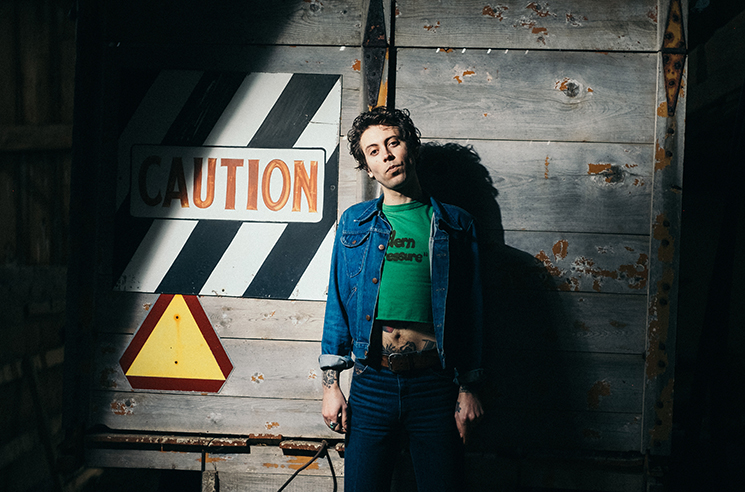 Although Attack in Black, the band that provided Romano's breakthrough, would eventually release albums that incorporated folk and rock sounds, in their earliest form, they were a punk band. After the band broke up in 2010, Romano largely left his punk roots behind until he began releasing albums as Ancient Shapes. The three Ancient Shapes releases — Ancient Shapes (2016), Silent Rave (2018) and A Flower That Wouldn't Bloom (2019) — are driven by Romano's fervent drumming, with a dazzling intensity that is a constant fixture across his punk projects.

For the 2020 release Spider Bite, Romano teamed up with his brother Ian and Constantines' Steven Lambke. With Lambke on the mic, Spider Bite is full of angst and crunchy instrumentation, a cocktail of sounds that nicely matches the contemporary dissonance. In another 2020 punk-rooted project, Romano collaborated with Mike Haliechuk and Jonah Falco from Fucked Up and Jade Hairpins for the Super Pollen EP. On these six tracks, Romano and co. are also angry ("Still Hate Cops") but embrace their playful side too ("Laura Doesn't Like Her Haircut").