By Sarah Murphy
Published May 02, 2017
After teasing fans with mysterious posters and cryptic video trailers, Radiohead have finally revealed plans to commemorate the 20th anniversary of OK Computer. The band will release a sprawling package called OKNOTOK 1997-2017 on June 23 through XL Recordings.

Included in the anniversary package is a remastered version of the original 1997 album, eight B-sides and three previously unreleased tracks: "I Promise," "Lift" and "Man of War." It will be available in digital, 2-CD and 3-LP formats.

According to a press release, the soon-to-be-shared material was "rescued from defunct formats, prised from dark cupboards and brought to light after two decades in cold storage." All of the material featured on the upcoming release has been remastered from the original OK Computer analogue tapes.

A deluxe version of the release, dubbed the OKNOTOK Boxed Edition, will ship in July. It features three 180-gram 12-inch records on black vinyl and a hardcover book featuring previously unseen artwork and full lyrics to all album tracks. It also features 104 pages of Thom Yorke's notes, a 48-page sketchbook of artwork and a C90 cassette mixtape compiled by the band that features material from the OK Computer session archives and demo tapes.

See the complete tracklisting for OKNOTOK below, where you'll also find photos of the box set and both vinyl versions (one is on blue vinyl and the other on black). Find full details of the upcoming release and pre-order copies here. 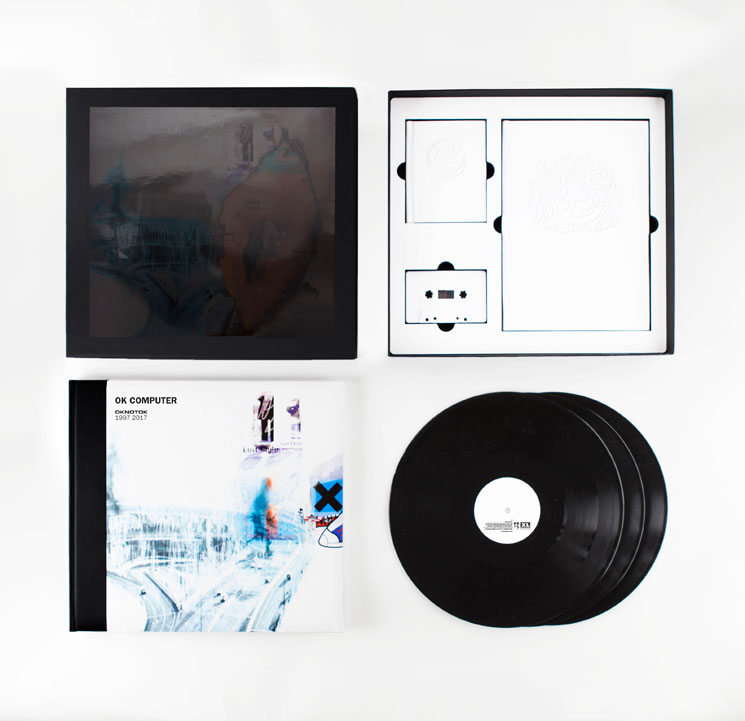 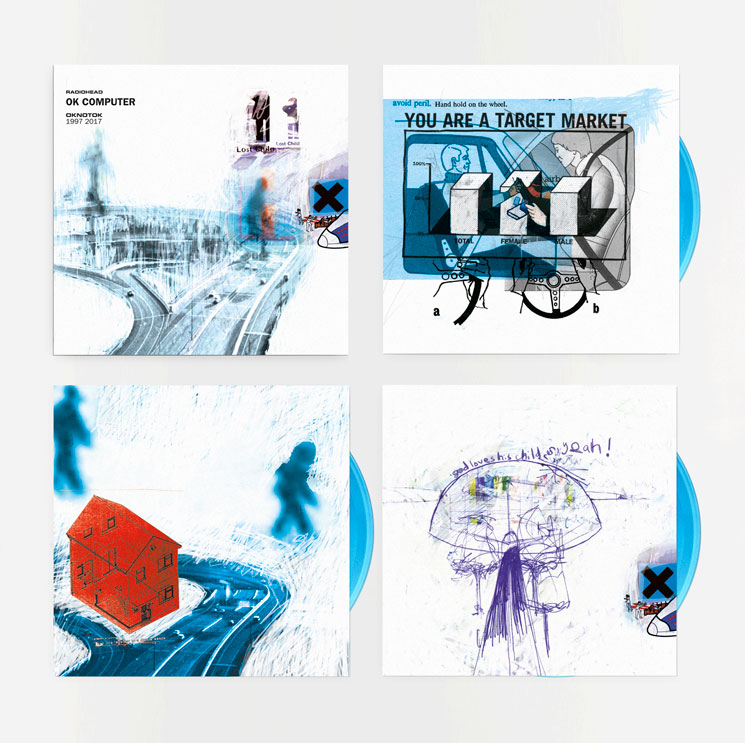 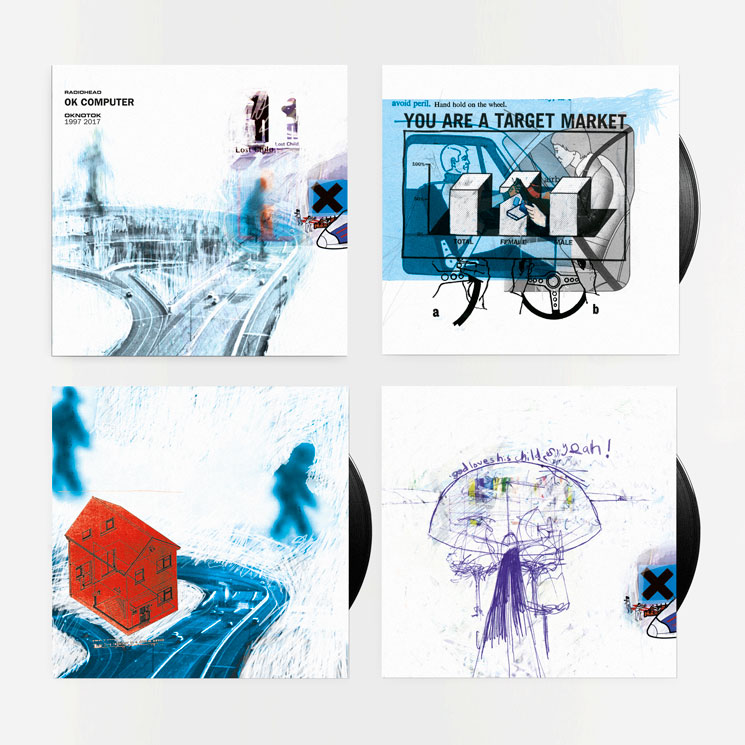