By Exclaim! Staff
Published Jan 10, 2022
Last year felt like a return to form for movies. Of course, there were hiccups along the way, but some great films made it to the big screen for audiences to enjoy together in the cinema. With the pandemic shuttering cinemas across the country once again, we sit anxiously with cautious optimism that such threats will prove to be a temporary setback. Because goodness, are there some exciting movies in the pipeline!

From the return of beloved horror franchises and caped crusaders to a new entry in the Cageaissance, 2022 looks to be another great year in film. There are also some interesting Canadian projects set to be released, with emerging talent and established screen stars poised to make the country proud.

So cross all your fingers and toes we'll get back to the cinema soon. In the meantime, join us as we get hyped for our most anticipated movies of 2022.


The first instalment of the Scream franchise not directed by late creator Wes Craven is already getting favourable reviews, as founding stars Neve Campbell, Courteney Cox and David Arquette return to Woodsboro to find a new group of teens tormented by the fifth iteration of iconic slasher, Ghostface. Newcomers Jack Quaid, Mason Gooding, Dylan Minnette, Jenna Ortega and more round out the cast.
Allie Gregory


Every year needs at least a couple of silly space movies, and here's one for 2022. Co-written and directed by Roland Emmerich (the man behind cornball classics like Independence Day and The Day After Tomorrow), this latest disaster epic takes its title very literally, as the moon begins falling on a collision course with earth. Combining society's current fixation on conspiracy theories with a cast that includes Halle Berry, Patrick Wilson and Michael Peña, it looks like an entertaining popcorn blockbuster (if cinemas are open, of course).
Alex Hudson


Bretten Hannam's latest film follows Link, a half-Mi'kmaw teenager in a coming-of-age story. Filmed in Hannam's home province of Nova Scotia, Wildhood is about Link's journey in understanding and accepting his Indigenous heritage and his sexual identity. The word out of TIFF is that Wildhood is compelling, touching, and beautifully celebrates Indigenous culture.
Rachel Ho


After Ben Affleck's exit and DC's dreams of a DCEU all but dashed, Robert Pattinson becomes the sixth cinematic Batman with Matt Reeves at the helm in a standalone film. Taking inspiration from comic books like Year One and The Long Halloween, The Batman will feature a younger hero and focus more on his detective origins, an aspect of the Dark Knight we've yet to really see on the silver screen. If the trailers, teasers and visuals we've seen so far are anything to go off of, we're in for a dark, wild ride with this one.
Rachel Ho


Two of Canada's great actresses, Sarah Gadon and Alison Pill, play two Mennonite sisters haunted by their father's suicide. All My Puny Sorrows was selected by TIFF as part of its Canada's Top Ten list of 2021 and promises to be heartfelt with some trademark Canadian humour in tow.
Rachel Ho


Every time a preteen girl gets overly excited or stressed, she poofs into a giant red panda. If that's not enough to hook you, what is?! One of two Pixar releases in 2022 (the other being Chris Evans' Lightyear), Canadians Domee Shi and Sandra Oh bring the young Mei's unfortunate predicament to life. Set in Toronto, Turning Red looks to give audiences a dose of early-aughts nostalgia and all the feels.
Rachel Ho

Everything Everywhere All at Once
Directed by Daniel Kwan and Daniel Scheinert
Release Date: March 25


Marvel's not the only one that can play with multiverse! Michelle Yeoh will star in a new A24 film (produced by MCU alums Joe and Anthony Russo) that sees her taking different forms in multiple dimensions. Yeoh returns to her action/martial arts origins and looks to kick some serious ass across all universal planes.
Rachel Ho


The debut feature from Toronto-based director Thyrone Tommy, Learn to Swim is a love story between two musicians whose tumultuous relationship ebbs and flows like a great jazz piece. Tommy is an emerging director whose previous short film, Mariner, gained him a lot of critical success. In his first feature-length effort, Tommy brings style, atmosphere and pure vibes to Learn to Swim.
Rachel Ho


The first Sonic just might be one of the best pretty-good movies of all time. Miraculously overcoming the initial backlash to the character design, it was an absolute best-case scenario for a live-action video game flick — fun, frivolous, full of jokes and thoroughly entertaining. We dreaded the first movie before it came out, but now we're giving the little blue guy the benefit of the doubt and assuming that this one will be great. Fresh off a surprising collaboration with the Weeknd, Jim Carrey is sure to be excellent as he reprises his role as Dr. Robotnik.
Alex Hudson


Robert Eggers' follow-up to 2019's The Lighthouse will take the form of an Icelandic Viking revenge epic featuring none other than local export Björk. Upping the ante cast-wise, Eggers has enlisted a roster of A-listers for the project, including Ethan Hawke, Anya Taylor-Joy, Willem Dafoe, Nicole Kidman and Alexander Skarsgård, among others. The director's third feature film finds Skarsgård avenging his father (Hawke) and attempting to save his mother (Kidman). Blue filters and gritty costumery to undoubtedly follow.
Allie Gregory


Following a career-best performance in Pig, Nicolas Cage continues the Cageaissance by playing himself. As an exaggerated version of himself, Cage agrees to attend the birthday party of a billionaire (played by Pedro Pascal) for $1 million. The Unbearable Weight of Massive Talent not only boasts an incredible title, but appears to be a cathartic, meta retrospective of Cage's career to date.
Rachel Ho


To be totally honest, we're probably more excited about Mission: Impossible 7 — but Tom Cruise's other big action sequel, Top Gun: Maverick, is coming out sooner and has a trailer, so we decided to include it on this list instead. It's been 36 years since the original, and Cruise is finally back for another flight as test pilot Pete "Maverick" Mitchell. Given Cruise's recent run of sincerely amazing action movies, here's hoping he can once again, ahem, take our breath away.
Alex Hudson 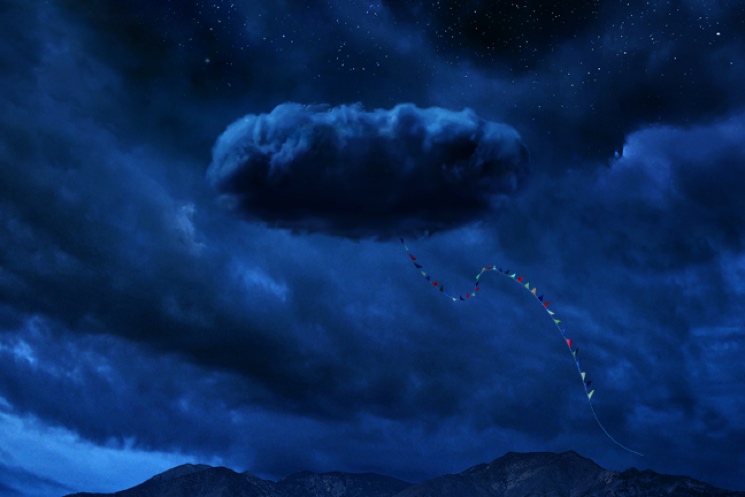 Little is known about Jordan Peele's third film, other than it will be horror (of course) and will see him re-teaming with his Get Out lead Daniel Kaluuya, with Steven Yeun and Keke Palmer joining the cast. Peele's first two films revolutionized the horror genre by refreshing tropes and utilizing modern social commentary. It really says something about Peele that all we needed to get hooked was his name and a poster with an ominous cloud.
Rachel Ho


In a case of unfortunate mistaken identity, Kevin Hart and Woody Harrelson play a screw-up and an assassin in the action-comedy The Man from Toronto. While the premise sounds fun, and Hart and Harrelson sound like a great comedy-odd couple, our main interest in this film is admittedly due to the rare occurrence of Hollywood using Toronto for Toronto.
Rachel Ho


We know people are still riding off the high of Spider-Man: No Way Home, but the sequel to Spider-Man: Into the Spider-Verse has us hyped. Not only was Into the Spider-Verse Spidey's actual first foray into the multiverse, the animation, humour and story were out-of-this-world amazing. It's one of the best superhero movies ever, and where they go from here is anyone's guess.
Rachel Ho 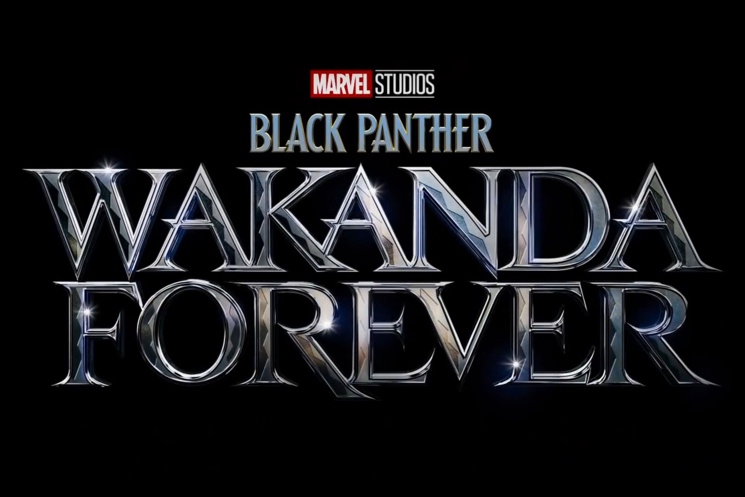 After the tragic passing of Chadwick Boseman, fans wondered what would happen with his beloved Black Panther character. Marvel has confirmed that T'Challa will not be recast; instead, focus will shift to other characters — namely his sister Shuri. While the filming of Wakanda Forever has been marked by reports of off-camera drama surrounding Letitia Wright, we hope that the film will be a fitting tribute to Boseman's legacy and will continue to build the world of Wakanda and its heroes.
Rachel Ho