By Brock Thiessen
Published Sep 28, 2017
Back in 2011, beloved UK psych-pop experimenters Broadcast were hit with tragedy when singer Trish Keenan sadly passed away at just 42. With today (September 28) marking what would have been Keenan's 49th birthday, her husband and bandmate James Cargill has shared an unreleased Broadcast song.

The track is a demo for a song called "Tunnel View," which Cargill shared online with a simple message of "Happy birthday dear Trish." And while little is known of the song's origins or when it was actually recorded, Cargill did share a photo of the song's lyrics, which you can find below along with the actual track. 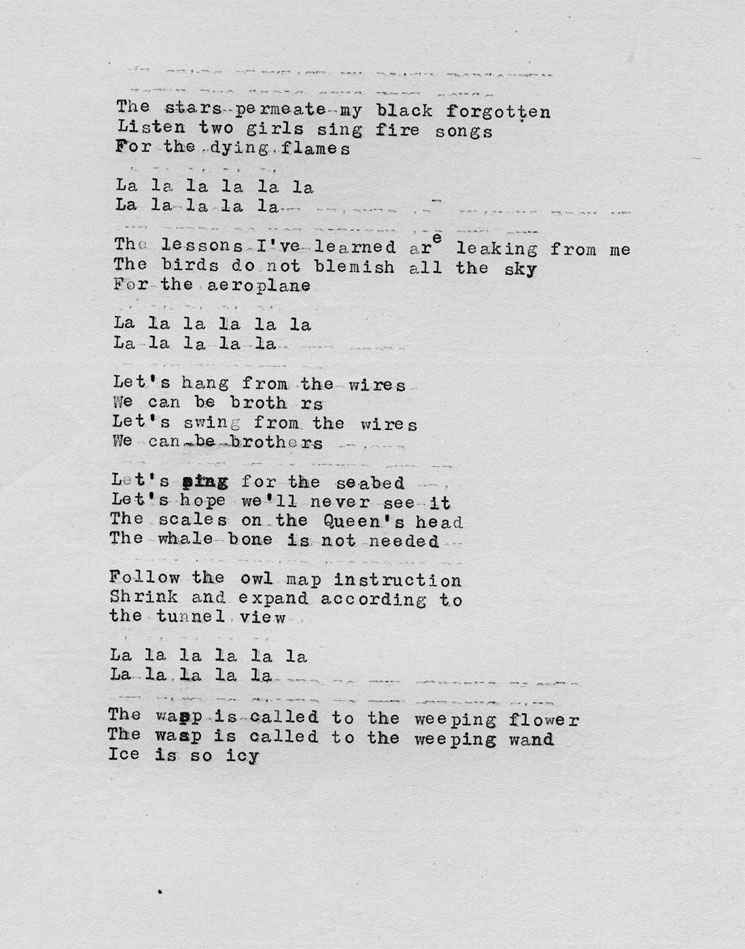 Cargill also paid tribute to Keenan earlier this year with his self-titled debut from his new project Children of Alice.

As previously reported, Keenan passed away in hospital due to complications with pneumonia after contracting what was believed to be bird flu.

Down below, you can stream "Tunnel View."