Here's When Wes Anderson's 'The French Dispatch' Is Coming to Theatres

Searchlight Pictures announced today that The French Dispatch will open in U.S. theatres on July 24. The film marks Anderson's first full-length feature since 2018's Isle of Dogs, and you can find its freshly unveiled poster below.

The film "brings to life a collection of stories from the final issue of an American magazine published in a fictional 20th-century French city."

Anderson directed the film and wrote its screenplay, while Jason Schwartzman, Roman Coppola and Hugo Guinness are credited alongside him as co-writers. 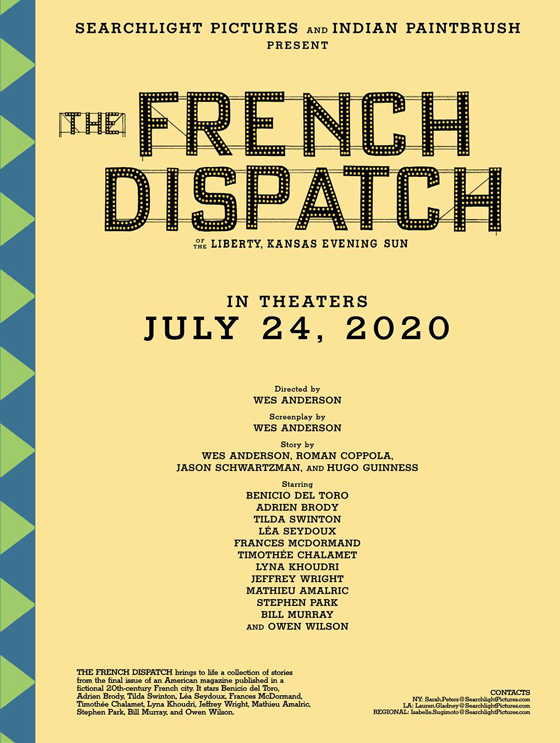