In a now-deleted post to the band's Facebook page, Doreen revealed that he will no longer be playing, writing or touring with the outfit, saying it was "time to find myself a new path" after playing with the project for just shy of a decade. He also stressed that there was no bad blood between bandmates, and that listeners should continue to give the band their support.

"I have accomplished everything and more through my music, travels, and experiences with Counterparts," he wrote. "Thank you to anyone who has ever supported me and/or the band. Thank you for allowing me to express myself through music on a much larger spectrum than I have ever imagined. Big thank you to the Counterparts boys, the OG Counterparts boys and everyone in between. Thanks for making this come to life."

Doreen's departure leaves vocalist Brendan Murphy as the band's sole original member. Counterparts released their latest record, Tragedy Will Find Us, last summer through New Damage Records. Read Doreen's complete statement below. While it has been deleted from the band's official Facebook page, it is still posted on Doreen's personal page here. 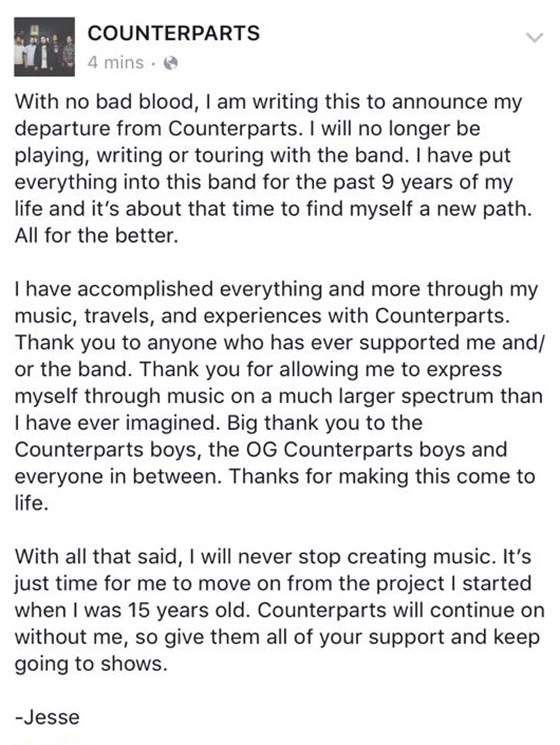