By Sarah Murphy
Published Mar 13, 2015
Blues-infused Toronto-based duo CATL are getting ready to head down to South by Southwest next week, and as a celebratory send-off, they've shared a new clip for "Church on Time."

Filmed as part of Wavelength's ongoing live video series, the clip was shot at Artscape Gibraltar Point on Toronto Island. The crowd add some extra effervescence to the set with handheld sparklers, while Jamie Fleming and Sarah Kirkpatrick tear up the stage with the rockin' and rollin' tune.

In anticipation of their trek to Austin, TX, the band have also offered up a new app. It's got info about upcoming shows, bonus content from the band, and best of al, it's totally free. You can check it out here, and see the band's SXSW schedule below.

Scroll past that to watch the video for "Church on Time" in the player at the bottom of the page. 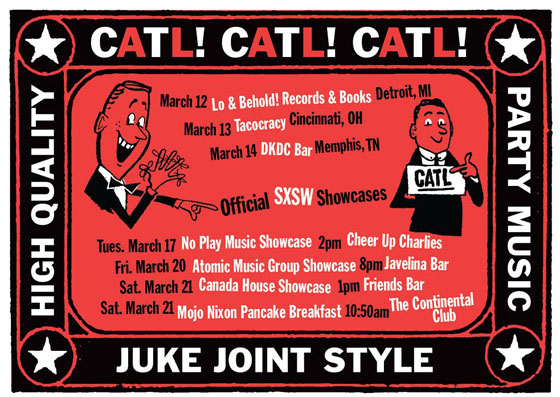 Catl 2015 from Wavelength Music on Vimeo.