a l l i e, Dooms Children, Keys N Krates and more share their favourite albums from across the country

By Alex Hudson
Published Nov 05, 2021
Part of being a Canadian music fan is having your own homegrown faves — whether that's country-wide sensations, or amazing local artists who haven't travelled beyond the city limits.

And who better to shine a light on great Canadian music than Canadian musicians themselves? We asked some artists from around the country to show off their favourite Canadian albums in their collections. Their picks ran the gamut from canonical classics to brand-new underground releases.

Below, check out these artists' favourite Canadian albums in their record collections. 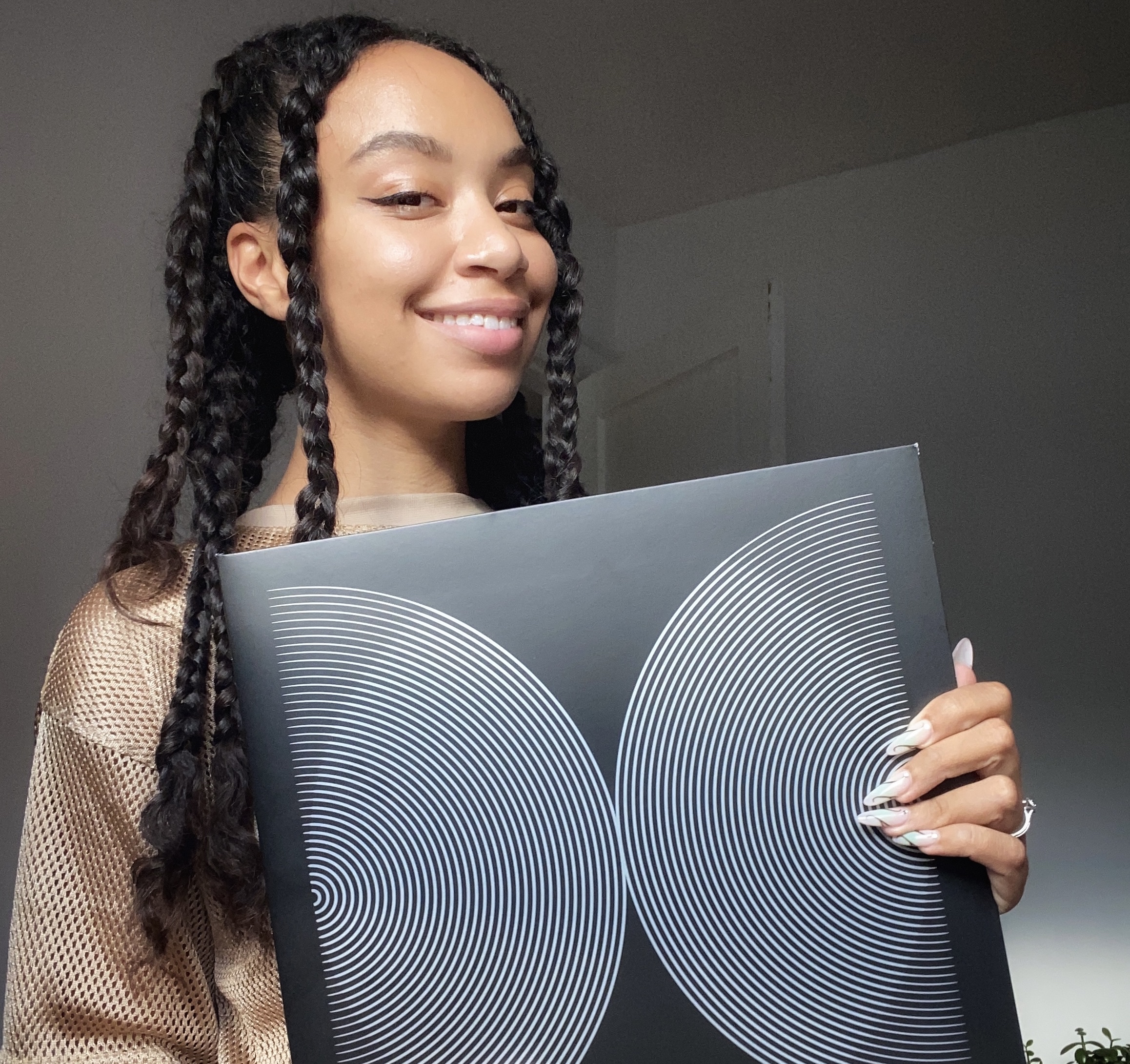 Of all the albums on this list, a l l i e picked by far the newest one: singer/lyricist C.J. Robertson and producer/multi-instrumentalist 2nd Son's soulful collaboration Grey Matter, which came out this September. According to a l l i e, it's "equal parts soulful and psychedelic. Sexy hooks, dirty bass lines, plus gorgeous artwork from [Bruno] Penabranca. What's not to love?" This album came out just one week after a l l i e's own R&B opus, Tabula Rasa. 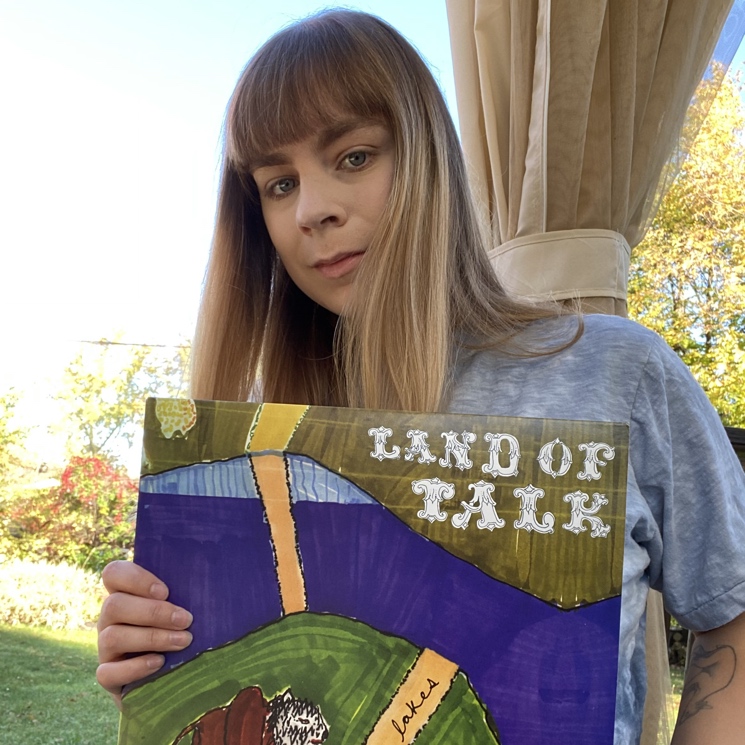 When singer-guitarist Melanie St-Pierre was in high school, she became a huge fan of Land of Talk's 2008 album Some Are Lakes — which is why it was a dream come true when Casper Skulls toured with Land of Talk a decade later, in 2018.

"Every record Lizzie [Powell] makes speaks to me so much and I am so inspired by [them] as a writer," St-Pierre tells Exclaim! She adds that Land of Talk's influences shines through on Casper Skulls' upcoming album, this month's Knows No Kindness, "but it might be because we both wail on loud humbucker SG guitars." 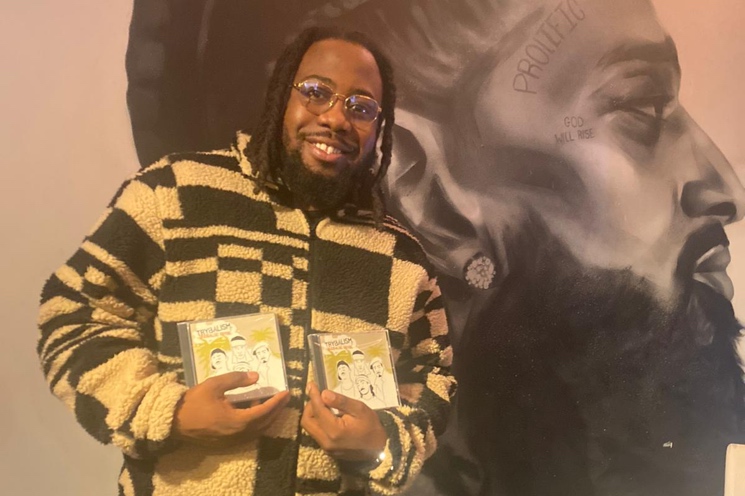 For his favourite Canadian album, Ottawa hip-hop staple City Fidelia picked a pioneer of his city's rap scene. He calls Trybalism "one of the first hip-hop groups in Ottawa to break out of the city on a national level." Beyond that, he explains, "They also spoke about systemic issues and the effect it had on Black youth in the '90s. The message still resonates today."

Speaking of great hip-hop albums, City Fidelia's debut full-length PainKiller is getting a much-deserved re-release before the end of the year, now that touring is once again possible. 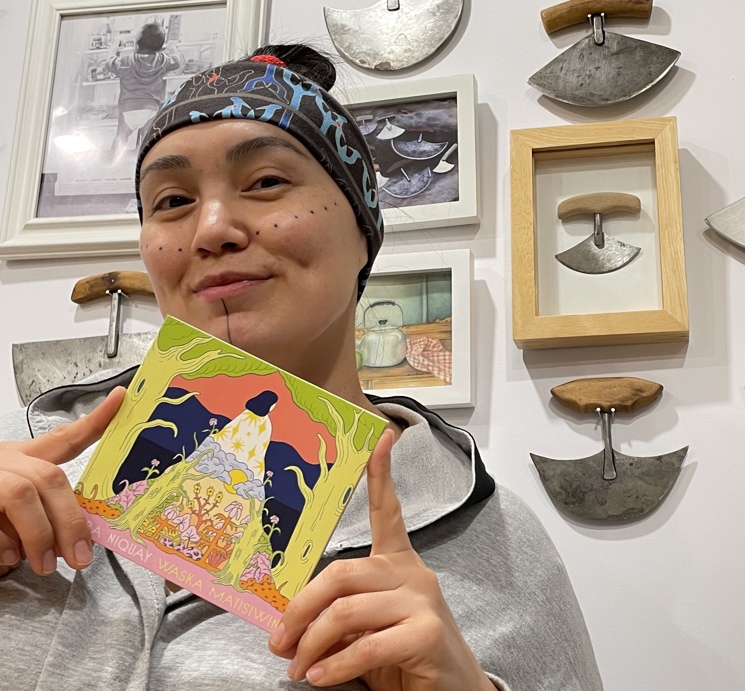 Montreal-based "Inuindie" musician Beatrice Deer clearly has her ear to the ground for great new music, since picked an album that came out this past spring, barely six months ago. "Laura Niquay's album Waska Matisiwin is definitely one of my favourite Canadian albums," Deer tells Exclaim! "Niquay's unique voice and her Atikamekw words take me to different times and places within and beyond. The music touches me powerfully and gently throughout the album."

Speaking of brand new albums, Deer will showcase her mix of indie rock, folk and throat singing on the new album SHIFTING, due out December 10. 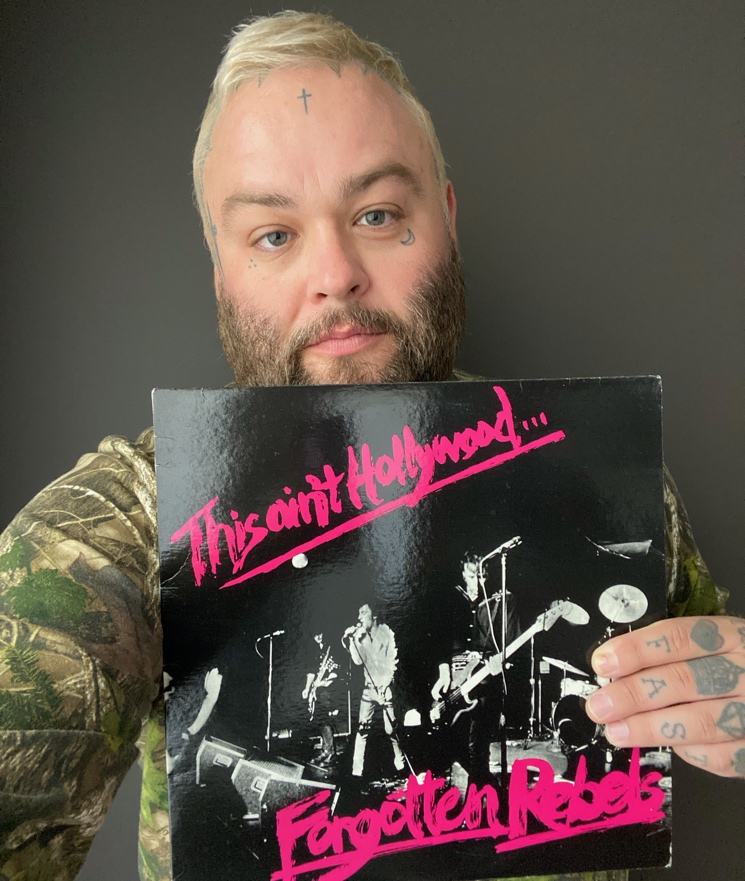 If you only know This Ain't Hollywood as a sadly shuttered Hamilton venue, you've forgotten Forgotten Rebels. They are, according to Wade MacNeil of Alexisonfire and the just-launched solo project Dooms Children, "one of the best punk bands in Canadian history."

MacNeil, who recently released a psych-inspired debut album with his new project, says of This Ain't Hollywood, "This early '80s Steel City classic is full of fun pogo-punk and sped-up Chuck Berry riffs. But, most importantly, great songwriting. It still holds up."

Radwan Ghazi Moumneh of Jerusalem in My Heart
Layla by Kooshin 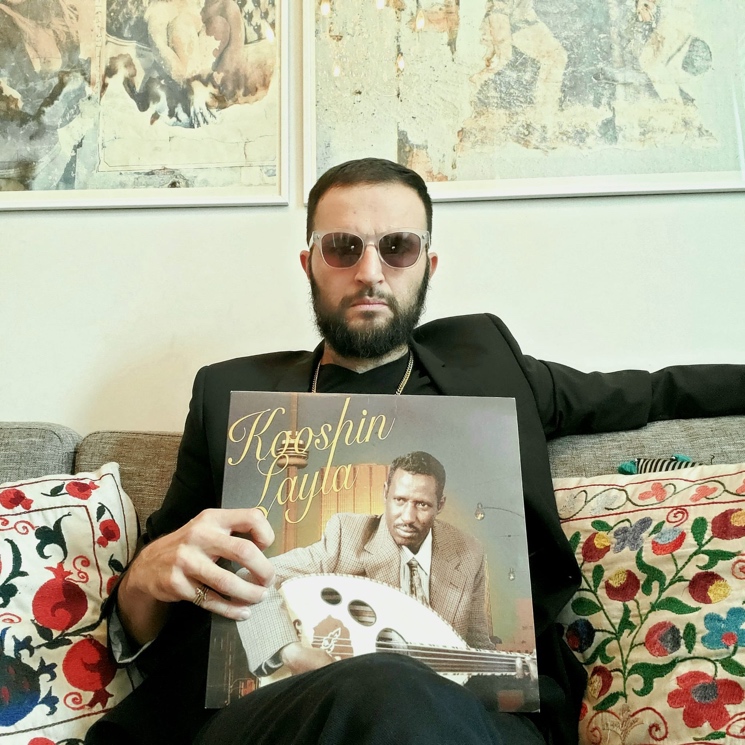 Originally from Somalia, Mohamed M. Kooshin moved to Toronto in the early '90s and created some beloved music up until his death in 2018. That includes Layla, an album that is a particular favourite of Jerusalem in My Heart's Radwan Ghazi Moumneh. "Beautiful, soulful and so profound," he tells Exclaim! "Like so many communities that are uprooted and scattered across the globe, this is a reminder of the beauty that people carry within, and the depth of their culture." As for the cover, he adds, "Toronto has never looked this good."

That spirit of spreading culture across the globe can also be found on JIMH's new album, the recently released Qalaq, with its combination of electronic experimentation and Levantine melodies. 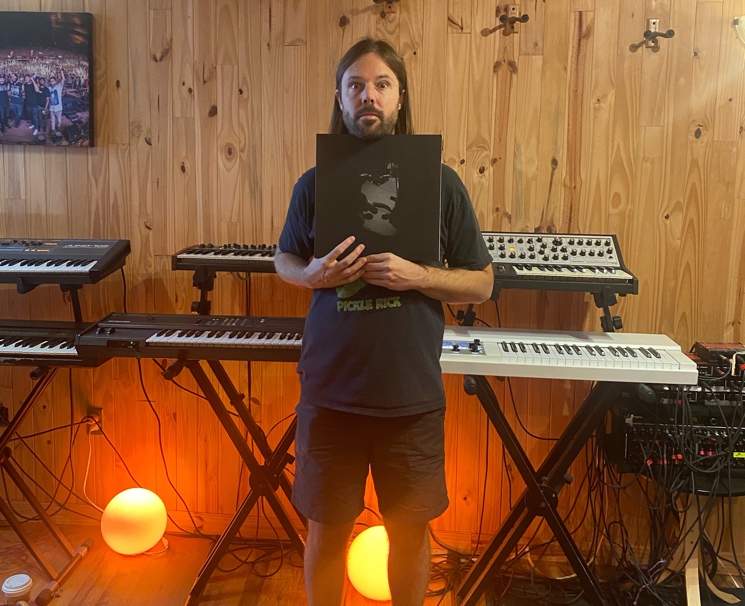 One hip-hop-leaning Toronto trio of instrumentalists shouts out another one: Jr. Flo of Keys N Krates cites BADBADNOTGOOD's III as his favourite Canadian album in his record collection. "Love this album," he says. "Was really cool to first see these guys step out into doing their original material on this one. Love the 808 vibes on 'Can't Leave the Night.'"

Speaking of the superficial similarities between BADBADNOTGOOD and Keys N Krates, both artists also have new albums; the former's Talk Memory just dropped, while the latter's Original Classic is out on November 12. 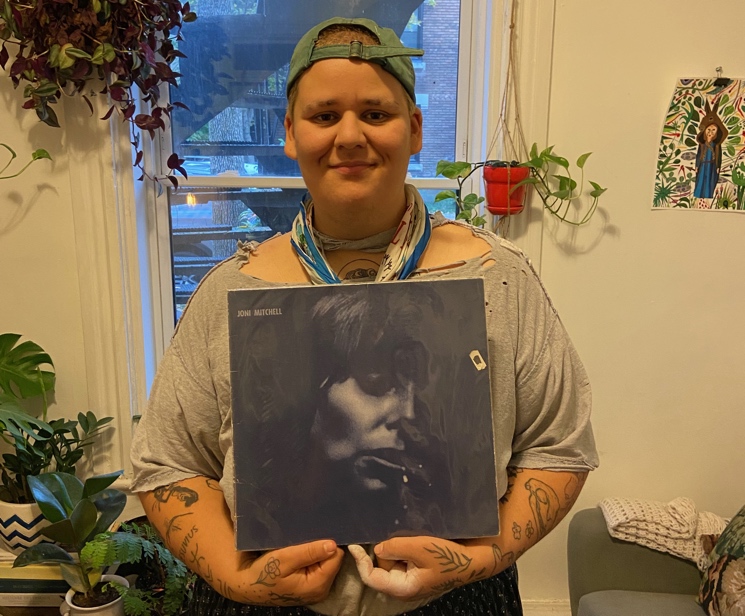 "This album is the home of timeless songs such as 'A Case of You' and 'River,' songs that are known and still sang by millions of people around the globe," Nolin tells Exclaim. "This 50-year-old album still brings me to tears on a regular basis. Thank you for this magnificent piece of art, Joni Mitchell." 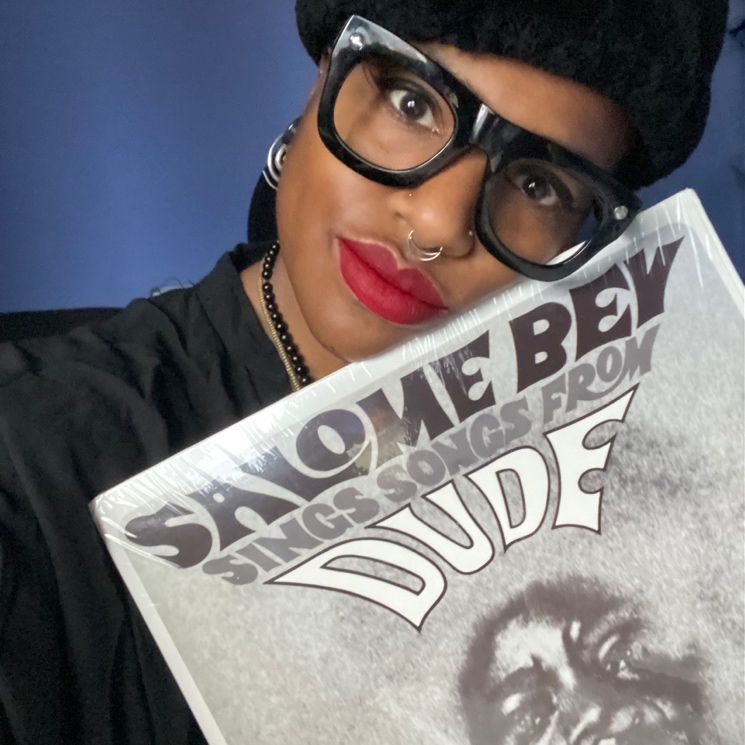 "I am absolutely biased on this one, and I'm hella proud to admit it," SATE tells Exclaim! She's not kidding: legendary singer Salome Bey (a.k.a. Canada's First Lady of Blues) was SATE's mother, and she played the role of Mother Earth in a short-lived Broadway musical called Dude. It was composed by the songwriters of Hair, Galt MacDermot and Gerome Ragni, who apparently liked Bey's voice so much that they made a full album of her singing songs from the production. "I grew up listening to these hippie, melodically weird and stunning songs," SATE says. Songs from Dude's adventurous spirit helps to explain the experimental, exploratory sound of her new blues rock album The Fool. 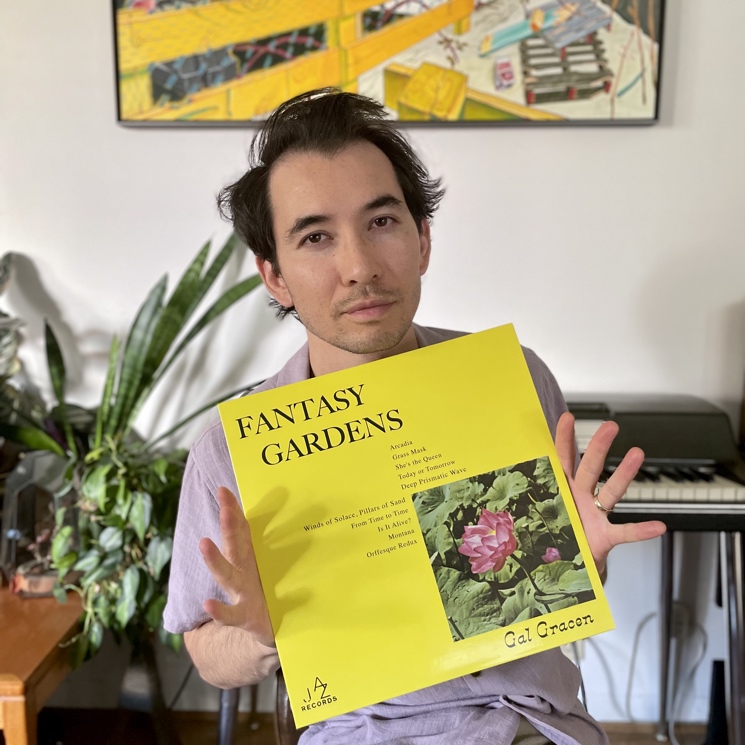 "Listening to Fantasy Gardens is an immersive experience that appeals directly to my most persistent escapist tendencies," says Yip. "It has a pixelated nostalgia and languid beauty that makes me feel like I'm exploring a peaceful mountain village in a classic 2D RPG."