By Calum Slingerland
Published Aug 07, 2020
It's been 25 years since Big Sugar released Hemi-Vision, and the Canadian outfit will mark the occasion later this year with an anniversary reissue.

A deluxe edition reissue of Hemi-Vision will touch down September 25 through Universal Music Canada digitally, on CD and as a 2xLP set pressed to 180-gram bright green and orange vinyl. You can find a photo of the vinyl set and a tracklist of side splits below.

The deluxe package puts the original album alongside six previously unreleased bonus tracks, rare photos and memorabilia from the band's archives, and extensive liner notes by Gordie Johnson with a foreword from Rush guitarist Alex Lifeson.

"Hemi-Vision was full of heartaches, punch-ups, even the death of a bandmate and all of that energy is palpable on the record," Johnson shared in a statement. "We found some long-lost outtakes and early versions of songs that really show the evolution of our musical recipe at that time."

Hemi-Vision features beloved singles "Diggin' a Hole" and "If I Had My Way," and was nominated for Best Rock Album at the 1997 Juno Awards. Big Sugar released new album Eternity Now earlier this year. 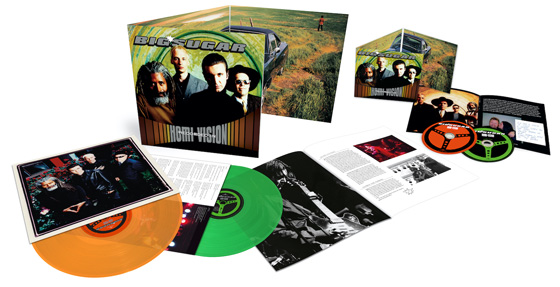