By Megan LaPierre
Published Jul 22, 2021
Supercrawl is back — alongside Bridgeworks — to present a free livestream series, set to take place in downtown Hamilton this August through September.

Cadence Weapon, Nuela Charles, and iskwé & Tom Wilson have all been tapped to perform at this year's event. Other acts include Bad Waitress, LTtheMonk, Jeremie Albino and Catherine MacLellan, among even more.

Anyone else will be able to enjoy the shows via livestream and video-on-demand for the first 48 hours afterwards. Each event will begin at 7 p.m. ET and is subject to change/postponement if mandated by public health authorities.

Keep an eye out for additional Supercrawl-presented events to be announced in the coming weeks. 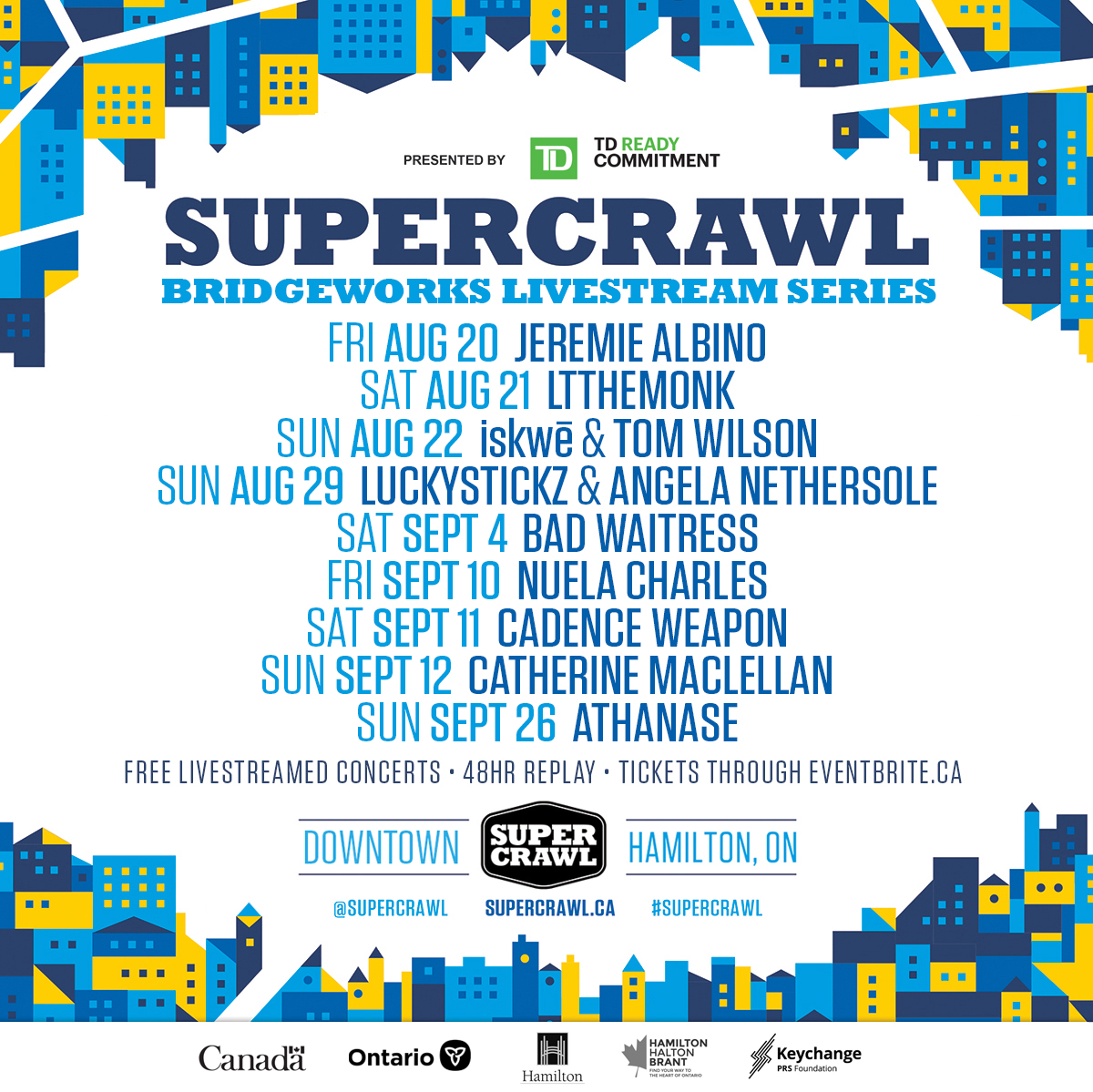