By Calum Slingerland
Published Jan 17, 2017
Toronto-based rapper and producer Raz Fresco informed followers on social media that he was forced to visit the emergency room early Tuesday morning (January 17), hinting heavily that he had been shot.

UPDATE (01/19, 2:25 p.m. EST): Fresco returned to Twitter to delete his two initial posts and let listeners know he is recovering out of hospital. He also mentioned being handcuffed to his hospital bed, where he alluded to allegations being made against him that he plans to fight in court. You can find his tweets below.

Doctors say I'm extremely lucky, a couple centimetres closer to my heart and I would've dropped out on the spot. Back home now & recovering.

While cuffed to the hospital bed I was informed of multiple false allegations brought against me. I intend to fight in court. #TruthShallWin

The BKRSCLB founder broke news of the incident to followers through his Twitter account. "Can't kill me," he wrote at 2:45 a.m. EST before saying he was "In the taxi on the way to the ER smokin this Backwoods blood drippin out my chest, aim better next time."

A photo posted through the rapper's SnapChat account at 3:15 a.m. EST also shows him in hospital. You can see his posts below.

At this point, those are all the details to emerge about the incident, but we've reached out to Fresco's camp for further comment.

Fresco's Twitter also indicates he's at work on a new mixtape set for release this year titled How U Survive Through Life Everyday. His last release came in 2015 with Pablo Frescobar.

In the taxi on the way to the ER smokin this Backwoods blood drippin out my chest, aim better next time 🖕🏿🖕🏿😈 #stillbreathing 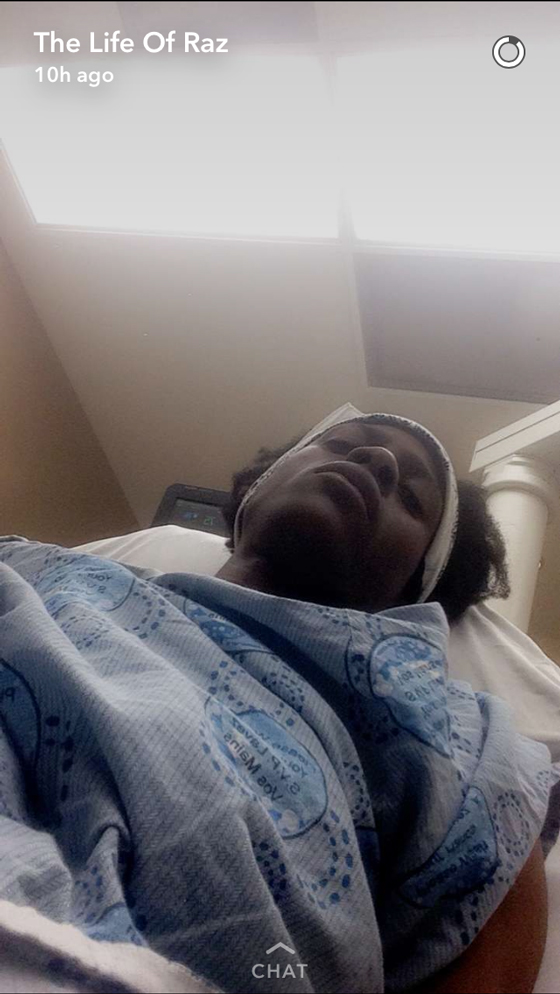