By Alex Hudson
Published Oct 28, 2020
Former Hollerado frontman Menno Versteeg recently released his album Strangers Like Us under the name Mav Karlo, and now he's announced plans to support it with a socially distanced solo tour of the Atlantic Canadian bubble.

He's clearly putting a strong emphasis on safety, since the full name of the tour is the "I Drove Here and Slept in My Car and Only Peed on the Side of the Road and Quarantined for Two Weeks, Oh and the Shows Are All Socially Distanced" tour.

It consists of seven November shows, including a three-night stand in St. John's and additional nights in Charlottetown, Halifax, Moncton and Fredericton. The venue for Moncton has yet to be confirmed. All three shows in St. John's are with Adam Baldwin.

Versteeg said in a statement:

I'm actually looking forward to the quarantine as much as the shows! I got a little cabin by some water that Matt Mays recommended after staying there before his Atlantic Bubble tour. My goal is to read five books and write a bunch of new songs. I've always had the luxury of being surrounded by friends on stage, so it will be interesting to see what it's like playing some shows with just my guitar and my creaky old 4-track to keep me company.

See the schedule below. Also, scroll past that to hear Mav Karlo's newly unveiled cover of the late Johnny Nash's "I Can See Clearly Now," featuring Deanna Petcoff. 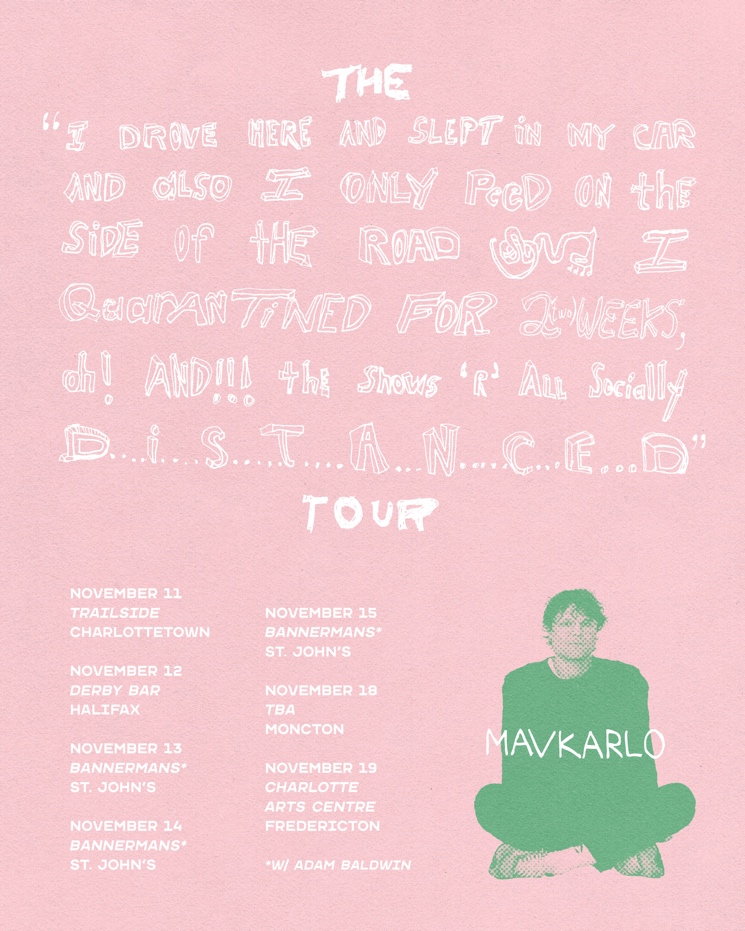