By Gregory Adams
Published Jan 22, 2014
While James Younger's 2013 solo debut had him Feelin' American, the solo pop-rock artist will be getting about as Canadian as it gets this spring when he hops on up-north supergroup Mounties' upcoming "Thrash Rock Legacy" tour.

Mounties kick off their trek out on the West Coast, but Younger won't link up with his Light Organ labelmates until the trip hits Kingston, ON's Grad Club on April 1. Perhaps not so coincidentally, these are all dates that also feature Vancouver prog-pop outfit the Zolas, whose touring band features Younger.

To celebrate his upcoming travel plans, Younger has also just unfurled a previously unreleased outtake from the Feelin' American sessions called "A Little Bit Right." Promising "super A.M gold vibes, harmonies and such," Younger explained to Exclaim! that the dustbowl-breezy rock cut's roots trace back to his days in now-defunct Vancouver janglers Sun Wizard, though he punched this version up on his own.

"I owe a great deal of gratitude to my old band Sun Wizard for this song," he said. "The genus of this recording comes from outtakes we did as a band, and as time passed I thought it might be fun to mess around with the sessions and make a somewhat exploratory, yet finished version of the song."

You can stream "A Little Bit Right" beneath Younger's tour dates. You can also check out all of the info on Mounties trip, which also features shows with Rich Aucoin and Japanese Girls, over here or via the newly revealed tour poster at the bottom of the page.

^ with Mounties, the Zolas 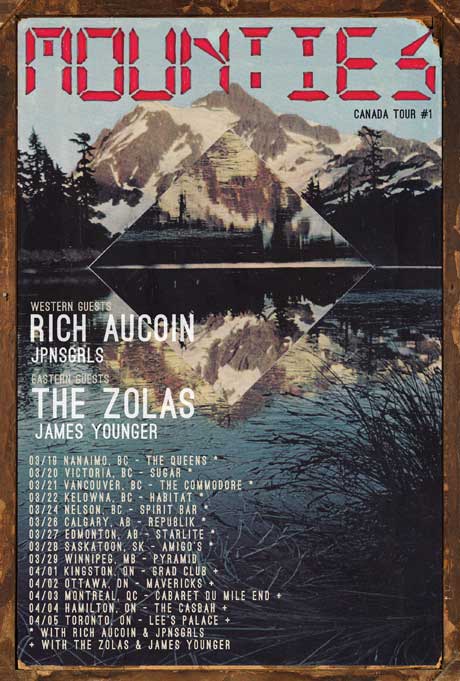