By Exclaim! Staff
Published Jun 12, 2019
As ever, our best albums of 2019 so far list reflects the diverse tastes of the Exclaim! writers list, but this was a little different. Where lists of yesteryear tended to be topped by albums that absolutely sprinted away with the votes (Cardi B and U.S. Girls were miles ahead of the rest of the 2018 list; Kendrick Lamar, Sampha and Feist dominated the voting in 2017), this year's votes were more evenly dispersed — it wasn't until the last few votes came in that even the top five became clear.

Maybe that's further evidence of the monoculture's breakup, or maybe the 2019 album that unites everyone across genres hasn't come out yet. In the meantime, there's plenty of debate to be had about these 29 long-playing feats of style and musicianship. Dig into Exclaim!'s Top 29 Albums of 2019 So Far below, and get arguing. 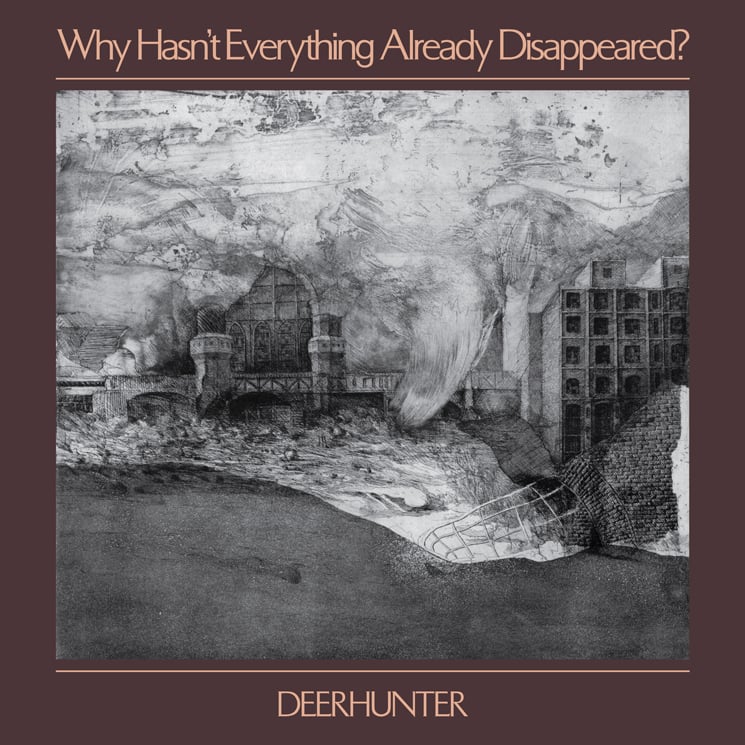 From their amorphous dream-psych beginnings to the more whimsical, sharply contemplative vision of their eighth album, Why Hasn't Everything Already Disappeared?, Deerhunter have existed in a hazy divide between alluring guitar rock and spacious, hypnotic experimentations. Here, the Atlanta band continue to follow their sonic impulses by blending some of their strongest pop hooks yet with the full spectrum of their bizarre, colourful pastiche.

The waltzing, harpsichord-led "Death in Midsummer" darts between exquisite and obscene, while the shimmering "What Happens to People?" is densely packed with bandleader Bradford Cox's pastoral musings and a deceptively cheery piano riff, lurching between glistening guitars and an ornate drum beat. The contrast between the fragrant reverie of the airy vocal exchange between guitarist Lockett Pundt and co-producer Cate Le Bon on "Tarnung," and the bubbly funk on "Plains" that follows, prove that Deerhunter aren't afraid of magnifying the peculiarities of their ever-expanding sound.
Chris Gee 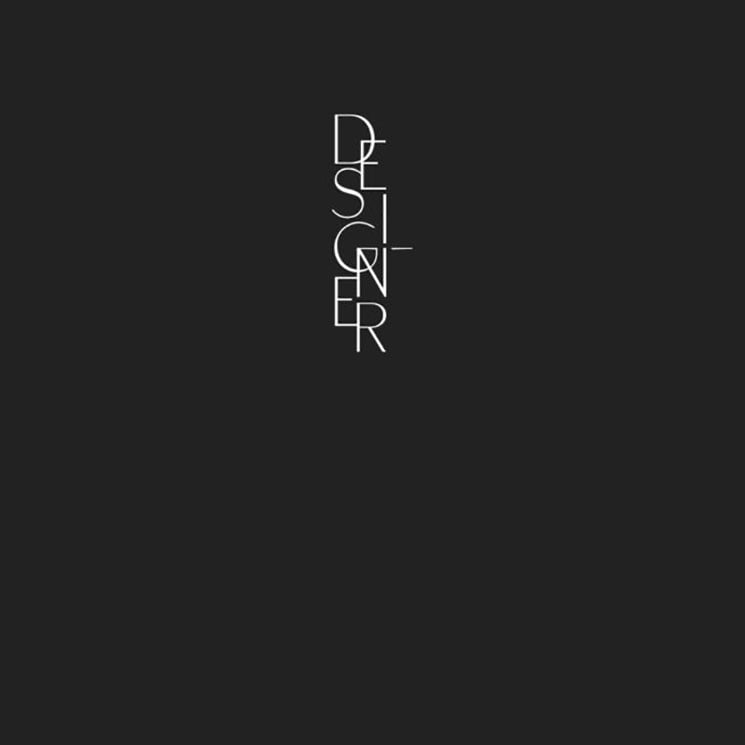 Designer was everything listeners anticipated from Aldous Harding's third full-length, and a lot that wasn't — and that's what makes it so special. Harding has a way of making the uncanny tangible, and Designer delivers once more, providing the feeling of stumbling onto a lone stranger dancing naked in the middle of the woods, and knowing exactly how to join in without missing a beat. For those awaiting this latest release with bated breath, it was this familiarity, presented via oddity, that came to satisfy us once again, filling something we didn't know was empty with a multitude of rich, unusual classics.
Ariel Matheson 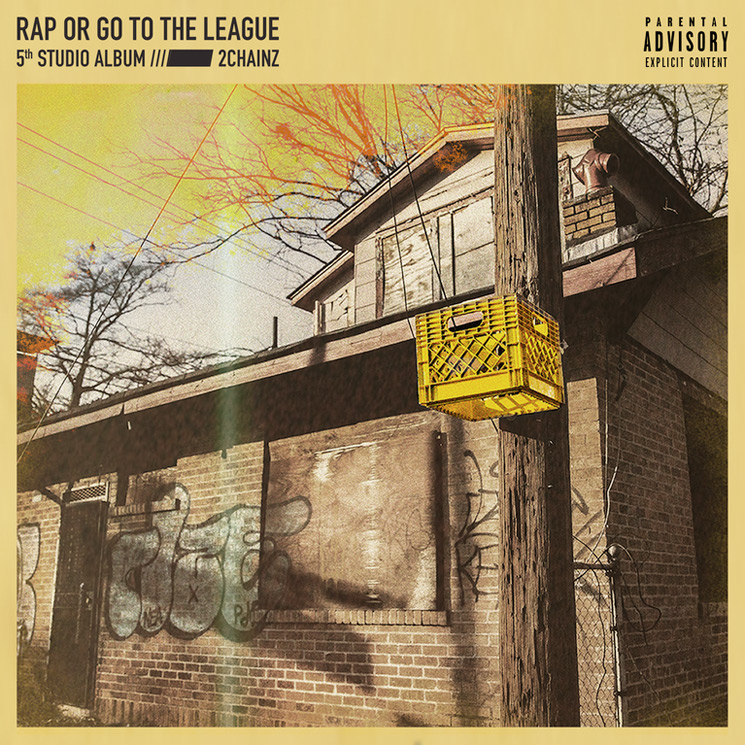 Five albums into a hard-earned but now glittering career, it was beginning to feel ambitious to ask for anything beyond pretty girls and trap music from 2 Chainz, which is why Rap or Go to the League — a reference to both a personal career crossroads and the limited escape routes of so many young black men from fractured homes — is so refreshing in its honesty and its excellent, soul-infused beats.

"I did some things I ain't proud of, like sold my mom drugs / The devil put somethin' toxic in me / Demons tryin' to have an auction in me," Chainz confesses on highlight "Threat 2 Society." So what if LeBron James couldn't lead his team to the NBA Finals this year? He was busy executive-producing one of the year's best no-nonsense hip-hop LPs.
Luke Fox

There aren't many out there who can mix old-school disco cuts with environmentalism, but Vancouverite Jayda G appears to be one of them. After completing her master's degree in Resource and Environmental Management, she named her debut album Significant Changes, after the most commonly used phrase in her thesis.

She could have left the nod to academia at that, but the record is rife with references to her studies. "Missy Knows What's Up" quotes dialogue from biologist Misty MacDuffee, while "Orca's Reprise" samples whale calls atop a tender arrangement of strings. All the while, fresh approaches to disco are bookended by offbeat club tracks and downtempo excursions. It's a surprising album from a producer whose consistency now comes as no surprise whatsoever.
Daryl Keating 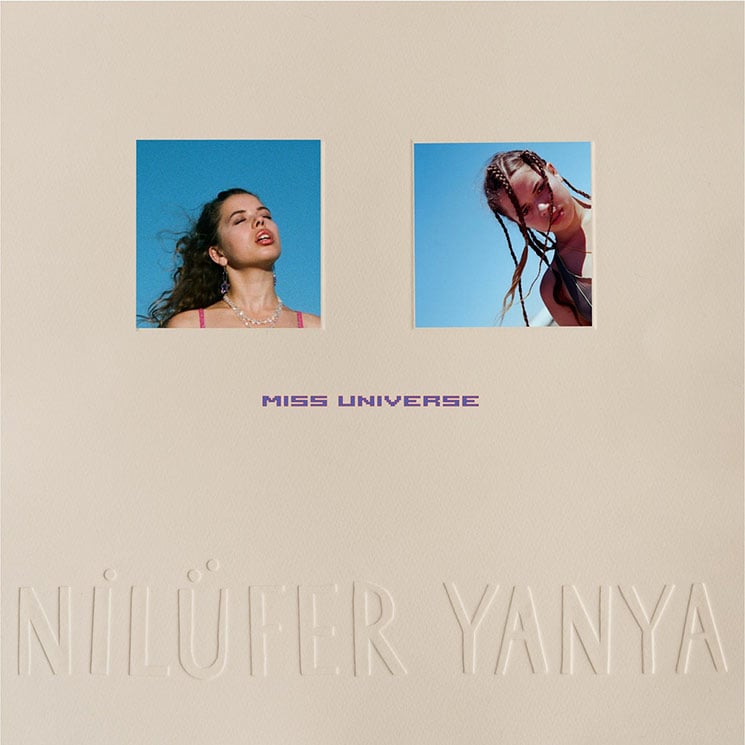 Yanya's debut, Miss Universe, is equal parts brilliant and spontaneous, veering from soul-tinged R&B to Doolittle-era Pixies-isms like it's inherent. Lyrically, Yanya constructs a similar balancing act, obscuring the lines between desperation and violence: "Yeah, all I really want is / Somebody to stop me / Somebody to hold me back / It gets worse if it's not you / I'll be lyin' in a pool of someone else's blood," she sings on "Tears."

Tempered by Yanya's remarkable voice, the laser-sharp clarity that permeates Miss Universe is as incisive as it is inviting. Though she was already operating at a level far beyond her peers, Miss Universe provides a dose of validation.
Calvin Cashen 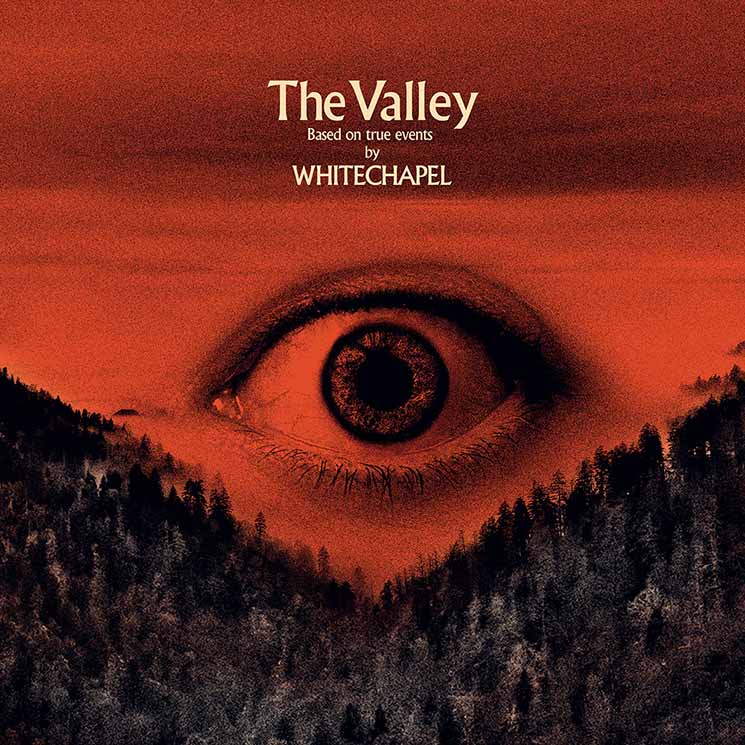 There's been a bit of a deathcore revival lately, but rather than doubling down on blast beats and breakdowns for that retro appeal, Knoxville, Tennessee's Whitechapel transcended it on this year's The Valley.

There are still those key building blocks, but it's the mortar that holds them together that really shapes the album. Vocalist Phil Bozeman croons like Corey Taylor or Maynard James Keenan, while his bandmates complement his always-impressive vocals with mood-appropriate musical musings. A tender tune like "Hickory Creek" makes the raw rage of "Forgiveness Is Weakness" terrifying. The palpable emotions, which confront childhood trauma and abuse, only make it more so.

"When a Demon Defiles a Witch" splits the difference between fury and feeling, resulting in the best chorus — in the traditional sense — deathcore has ever produced.

Funnily enough, despite renewed interest in the once-maligned subgenre, the best thing to come from deathcore in 2019 is the one album that risked stepping away from it.
Bradley Zorgdrager

23. The Chemical Brothers
No Geography
(Astralwerks) 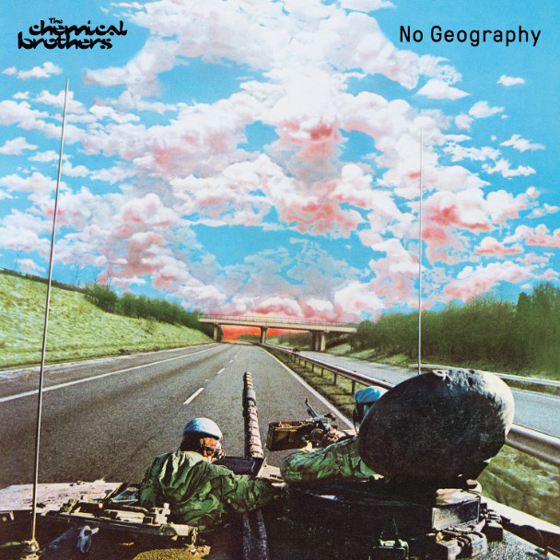 Part of the promised wave of European acts that were going to take over North America in the mid-'90s, the Chemical Brothers have always embodied the blissed-out harmony of the UK's summer of love and the acid-drenched breakbeats that fuelled the early DIY rave culture in the UK. This is not a Hollywood style do-over where the band just recreate nostalgic moments and end up as a hollow version of themselves.

That doesn't mean Ed Simons and long-time partner Tom Rowlands don't use some of the foundations of early Chicago house, dialled up Detroit techno, wide-eyed acid and neon-splashed breakbeats on their ninth studio album, and first release in four years. In a genre that can change faster than the digital store algorithms can keep up, the Chemical Brothers' use No Geography to remind people how their strobe-blasting, body-rocking, sensory-overloaded live shows in the new millennium paved the way for what you see at every big stage electronic festival in 2019.
Anthony Augustine 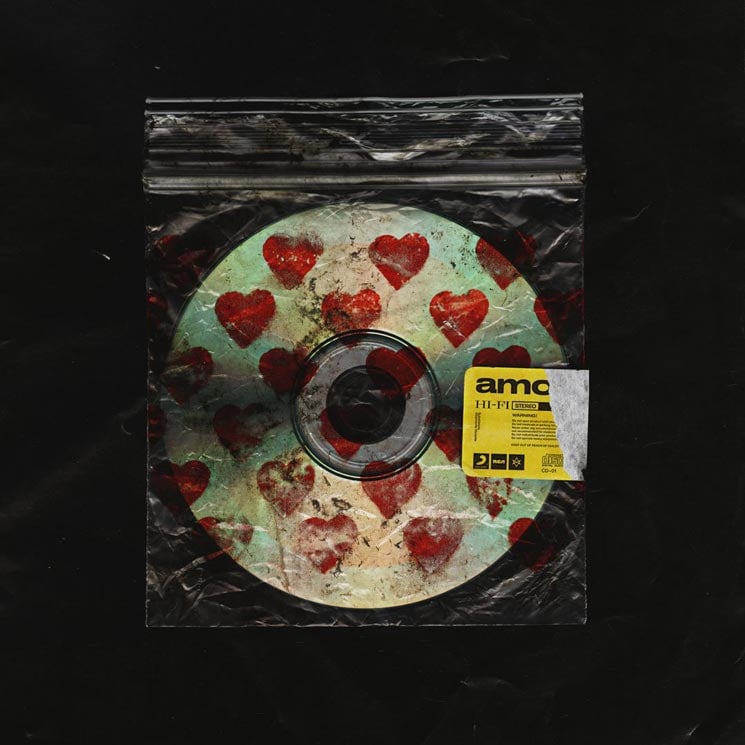 BMTH continued their unstoppable rise with amo, the most mainstream and experimental album they've produced yet. Gone are the days of the deathcore scene kids; in their place, we have some of the best pop metal tracks ever put to record, including "Mantra," "Medicine," "Mother Tongue" and "Sugar Honey Ice & Tea." Embracing a sugary, electronic-infused sound 15 years into your career would be cyanide for most metalcore acts, but BMTH have never really cared what people think of them. Or, as the meta-lyrics to the song "Heavy Metal" state: "This shit ain't heavy metal, and that's alright."
Max Morin 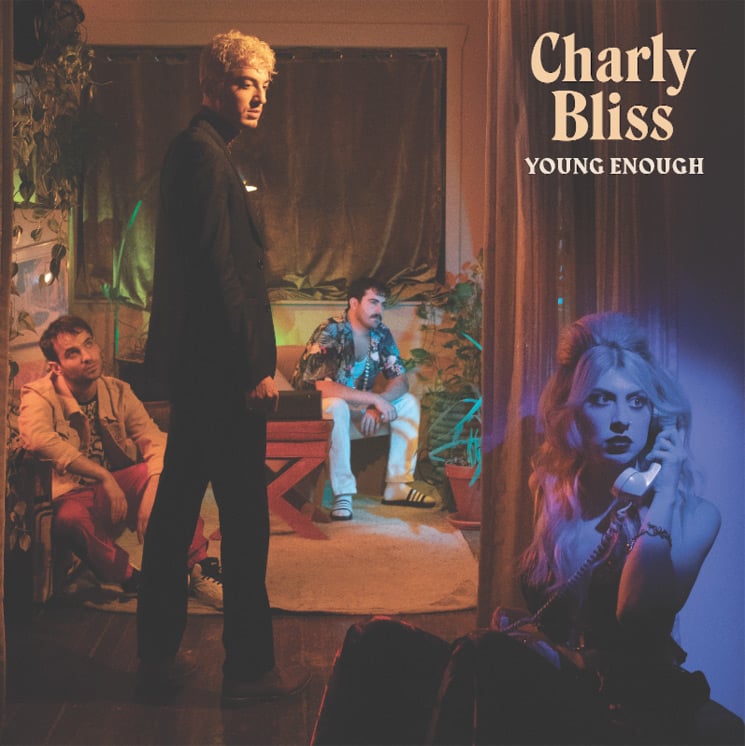 Like any great power pop group, Charly Bliss have mastered the art of propulsive, infectious melodies. And like any great pop record, Young Enough is energetic and fun, with no excess fat, perfectly optimized to deliver all the highs of contemporary indie pop.

But this record has more tricks up its sleeve. The title track and "Hurt Me" feature evocative vocal performances from Eva Hendricks, and heart-wrenching lyricism, but most notable is the bright and danceable "Chatroom." Written after Hendricks was sexually assaulted by someone she dated, she's talked about how the song is a celebration of shaking off past trauma and feeling strong again.

It's moments like these that speak to the sheer growth the band have undergone, and how they can turn moments of pop exuberance into ones that carry significant heft — ones you'll want to return to again and again.
Matt Yuyitung