By Megan LaPierre
Published Aug 24, 2021
Have you ever wondered what colour legendary skater Tony Hawk bleeds? Hopefully not; that'd be weird. Regardless, he's infused his literal blood — mixed with red paint — into a new custom deck in collaboration with canned water company Liquid Death.

Liquid Death's "It's the Thirst Executioner" character appears on the skateboard, set against a red background whose unique shade was developed using a vial of Hawk's blood. (The collaborative design also pays homage to his classic Birdhouse decks with the macabre character holding a hawk skull.)

A rep for the brand ensures there's "a piece of Tony's DNA in every board," but you don't have to take their word for it — each deck comes with a signed letter of authenticity from the man himself. Only 100 boards were made for this very exclusive release. Retailing for $500 USD, a portion of proceeds will go to Hawk's own organization, the Skatepark Project, as well anti-plastic nonprofit 5Gyres.

The athlete said in a statement: "I am deeply thankful to have a connection with my fans, and I appreciate how Liquid Death connects with theirs. This collaboration is taking those connections to a new level, as I have literally put my blood (and soul?) into these decks. And I take pride in knowing that organizations fighting plastic pollution and creating skate parks worldwide will be supported through our efforts."

With the whole "Murder Your Thirst" tagline, is this coming off a little vampiric to anyone else? HawkBlood could also probably be a character in the Marvel Cinematic Universe... the possibilities are endless, really.

Check out the truly custom paint job below. 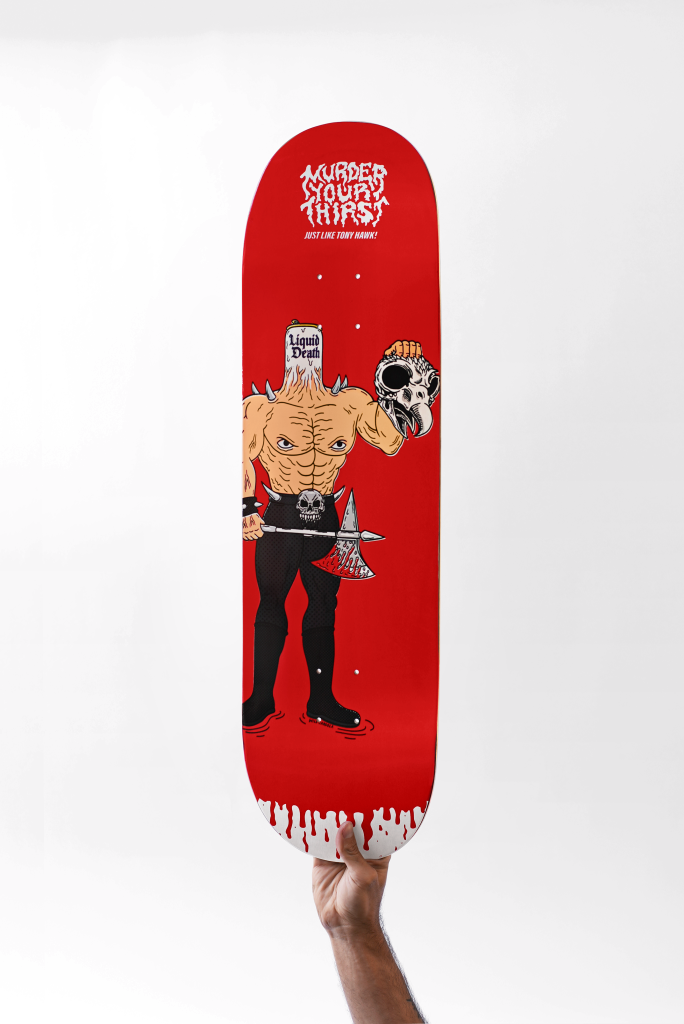 Earlier this month, we found out that Hawk's life and skateboarding career would be the focus of a new documentary from filmmaker-photographer Sam Jones. The icon also appeared in the launch of Avril Lavigne's TikTok.