By Sarah Murphy
Published Jun 24, 2019
Ariana Grande's latest tattoo has caught the attention of Jim Carrey — and, thankfully, not because it doesn't mean what she thinks it means.

The singer got a quote from The Truman Show inked on her that reads, "In case I don't see ya, good afternoon, good evening and good night!"

Her cousin and bestie Courtney Chipolone shared a photo of her own tattoo of the quote, which Grande shared with the caption "I got the same shit but upside down" and confirmed it was a nod to The Truman Show.

Carrey responded to his noted stan, doodling part of the quote leading into a staircase to an exit.

See Grande's unveiling of her new matching tat, as well as Carrey's response, below. 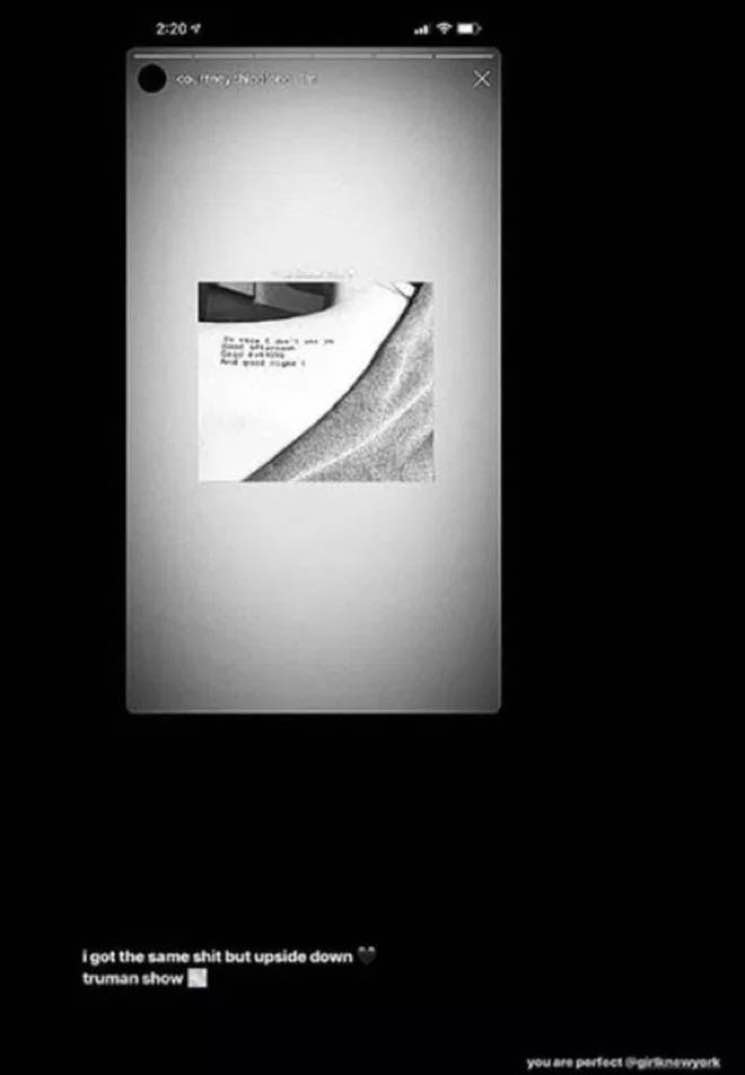