By Calum Slingerland
Published Oct 14, 2020
Following their 2018 reissue of Village Green Preservation Society and last year's re-release of Arthur, the Kinks have now announced plans to give 1970's Lola Versus Powerman and the Moneygoround, Part One the 50th anniversary box set treatment.

Arriving December 18 through BMG, the box packs in three CDs with the album remastered from original tapes, as well as singles mixed in both mono and stereo.

The set is rounded out by a 60-page art book and glossy photos, with some extra goodies available by pre-ordering through the band's website. It is there where listeners will also find the album available in 2-CD and single-LP versions.

In a statement, Ray Davis called Lola Versus Powerman "a celebration of artistic freedom (including my own) and the right for anyone to be gender free if one wishes. The secret is to be a good and trusting person and friend."

A remix/medley version of "Any Time," titled "The Follower/Any Time 2020," arrives alongside the news and can be heard below. Ray described how the medley came together as follows:

The isolation caused by Coronavirus can give people time to re-evaluate the world and re-assess their lives. Music can comfort the lonely, transcend time and it's not the future or the past, yesterday, today or tomorrow. It's anytime. I saw a way of making this unreleased 1970s track connect to an audience in 2020. I also saw a way of showing that music can time-travel, that memory is instantaneous and therefore can join us in the 'now'. I put this together as something surreal then realized that it was really happening. The song has found its place — after its 50th Birthday! 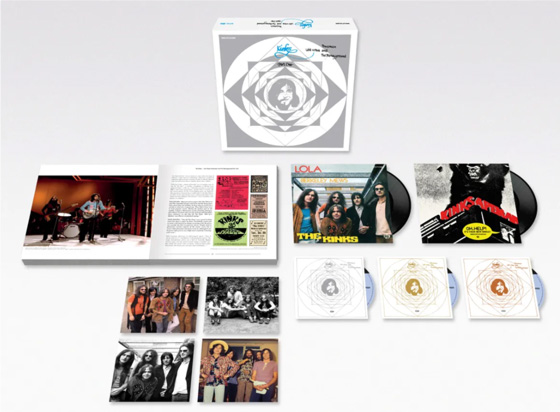