By Gregory Adams
Published May 12, 2015
Toronto trio METZ's sophomore effort, METZ II, arrived with a speaker-bursting bang earlier this month, making for one of best — not to mention loudest releases — we've heard this year. It's the group's second stellar full-length for Sub Pop, and it's looking as if the current Exclaim! cover stars are on a streamlined path to the iconic imprint's hall of fame.

But while its grinding guitar noise, massive percussive blasts and highly concentrated doses of melody land somewhere between Bleach-era Nirvana and the bleak punch of Pennsylvania punks Pissed Jeans, you could link the band to another group of label greats. Namely, the bands who were born and bred on this side of the 49th parallel. From Canadian indie rock trailblazers, to new wave revivalists, to modern-day noiseniks, Sub Pop has got behind more than a few Canuck acts over the years.

With that in mind, we have assembled a solid list of 10 great Canadian Sub Pop releases that aren't METZ II, and you can dive into it all below.

After issuing a couple EPs through Sloan's Maritimes-celebrating Murderrecords imprint, Halifax-by-way-of St. John's trio Hardship Post graduated to the American indie underground in the mid-'90s to deliver their lone full-length, Somebody Spoke. It still specialized in the tightly wound post-punk exercises that brought together wiry guitar textures, quiet-loud-quiet dynamics and Sebastian Lippa's Elvis Costello-modelled vocal melodies. "Capability" arrived with a welcome, T. Rex rumble, but the nervous tenacity of "Watchin' You" may be the high-point of the group's whole career.

Hot Hot Heat started off playing crazed synth-punk songs in the late '90s but juggled the lineup and sound a bit before signing with Sub Pop. Geometry-defying guitar licks, sassed-up hooks and the glass-half-full energy of keyboardist/vocalist Steve Bays all made a massive contribution to the international success of their pop-soaked debut LP, Make Up the Breakdown. Key tracks include the pounding new wave number "No, Not Now," dance rock time capsule "Talk with Me, Dance with Me" and lead single "Bandages." The latter shares similarities with onetime labelmates and occasional tour buddies Vue's "White Traffic," but it's the Canadian faction's first big single that we still hear streaming on radio stations and hockey games.

Picking just one LP to focus on from Calgary lo-fi master Chad VanGaalen is a near-insurmountable task, as the guy has issued five awesome full-lengths for Sub Pop over the last 10 years (though, to be fair, he also delivered these albums in his native home and land via the Flemish Eye imprint). But while there's plenty to love in Skelliconnection and Shrink Dust, you need to take a whiff of the pleasantly potent Diaper Island. Without blinking an eye, it offers up everything from the spectral Everly Brothers-on-an-acid-trip soundscaping of "Do Not Fear," to computer-blip garage rock groovers like "Can You Believe It?", to scrappy, punked-up contenders like "Freedom for a Policeman." VanGaalen's breadth has always been a specialty, but it gels into something particularly special on Diaper Island. 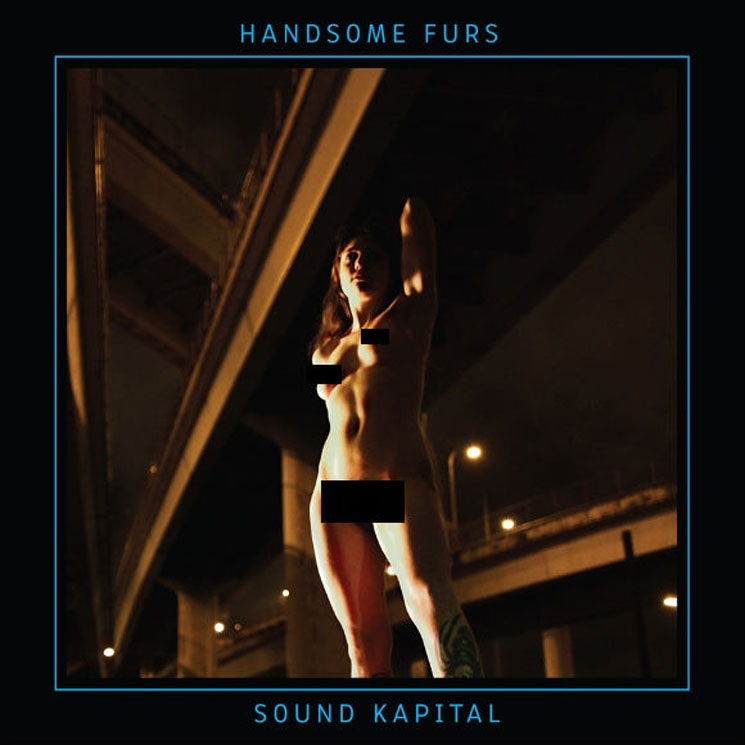 The final album from future Operators leader Dan Boeckner and then-wife Alexei Perry was their most inspirational and heart-tugging, as well as their most danceable. The outfit's third synth-spiked song cycle was partly inspired by a trip to Burma that had the act observing the interactions between governments and their music-making citizens, reflected in stirring tracks like "Serve the People." Preserving Boeckner's long Springsteen-leaning melodies in an amber glow of pumped-up computer beats and screeching synths, the Furs left us with one last batch of anthemic singalongs before calling it quits in 2012.

This one may have been a given, but METZ's first full-length is one of the most delightfully distortion-damaged debuts in Sub Pop's history. On the surface, it plays right into the hands of fans looking for a little grunge-era sonic devastation, but METZ take loud rock to new heights on their self-titled debut. Within a few seconds, you'll feel the ground-moving groove of "Headache" burrowing deep between your temples. The high-energy "Get Off" slaps you around with deceptively poppy hooks and hammered-out rhythms, while "Rats" chews you into submission with especially discordant chord work and Alex Edkins' harrowing, haunted cries. There's an oppressive hypnotism present throughout METZ that leaves you wanting more. Thankfully, they're now levelling our mind's landscapes again with METZ II. 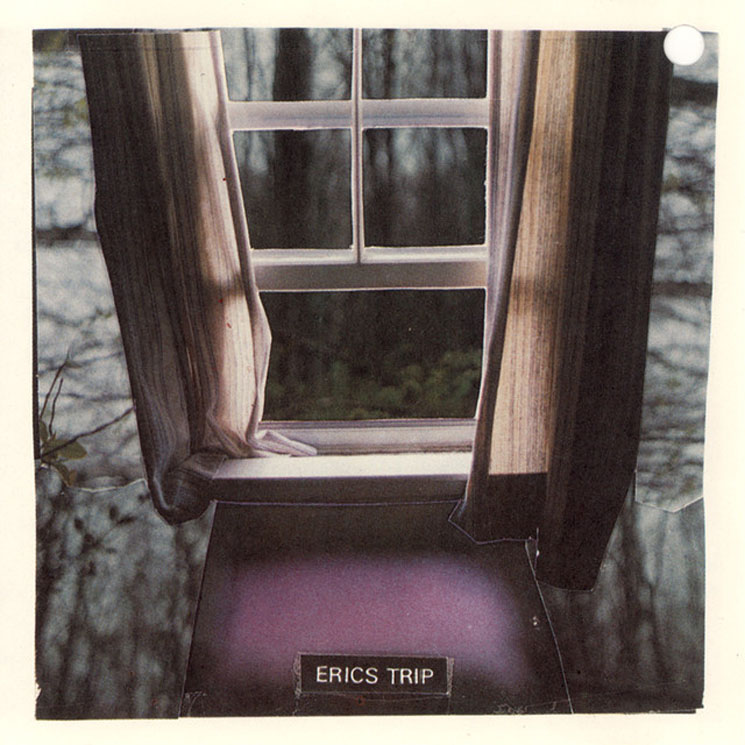 An old Sub Pop bio has Eric's Trip guitarist/vocalist Rick White describing the group's sound as "sappy melodic pop music on top of thick distortion." That's only a half-truth about Sub Pop's first-ever Canadian signing, though. As proved on 1993 label debut Love Tara, the band could twist out the punk stuff, as well as more ruminative material like "Stove." The next year's Forever Again exceeded the awesomeness of its predecessor by packing in even more frenetic lo-fi fuzz numbers like the "This Way Out" and "Run Away," as well as acoustic-driven, Julie Doiron-sung tracks like "My Chest Is Empty" and "About You" that hinted at the scaled-back solo career to come from the songwriter. Lest we forget, it's also the album that features the hypnotic, in-the-red bass bounce of "Viewmaster."

While Julie Doiron's 1996 self-titled debut as Broken Girl featured a fine batch of ultra-intimate songs, the former Eric's Trip member fully came into her own as a solo artist on the next year's Loneliest in the Morning. Which, we suppose, makes sense since it was the first LP released under her proper name. The production value was upped from its much more lo-fi predecessor, adding warmth to the wide open spaces existing between spaciously strummed acoustic power chord pieces like "So Fast" and "Condescending You." Elsewhere, she breaks you down with fragile, unsteady imagery on motherhood examining album highlight, "Crying Baby." A full band flare of drums, guitars and keyboards on "Explain" belies lines like "I'm on my own now / I play alone now," but this is Julie's show. No question. 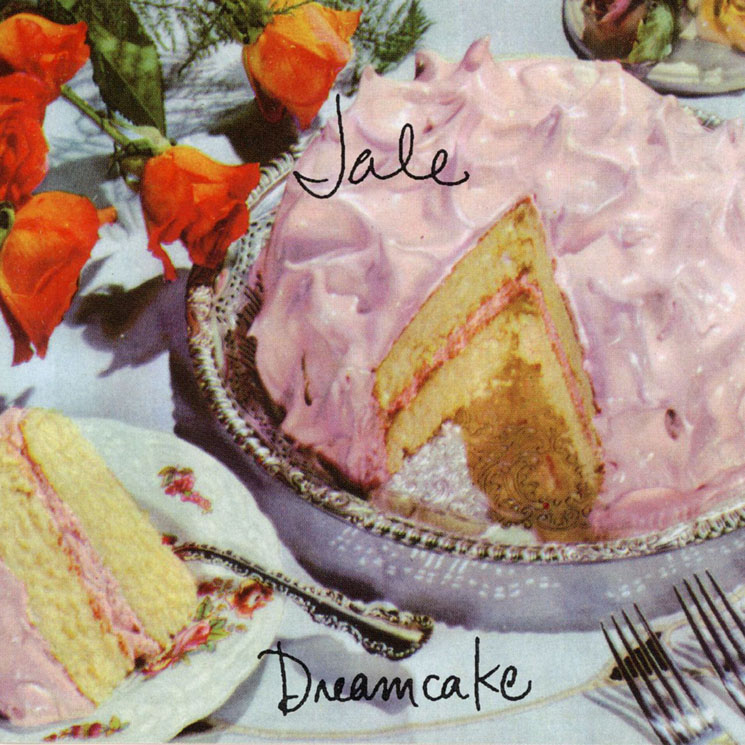 Despite that vintage cover image presenting us a pretty nauseating-looking, rose-tinted tier-cake, there are plenty of tasty layers to Jale's Dreamcake. "Not Happy" alone manages to juxtapose a viciously fuzzed-out lick with flavourful multipart female vocal harmonies before turning into a damaged grunge waltz. Elsewhere, hypnotic Halifax pop swirls between the speakers on "Again," while "Mend" threads together elements of jangling twee and paisley-print psychedelia. Then there's the never-ending refrain of "I will never go away" on "Promise" — itself an infectious hook whose aftertaste lasts long after the song's second fadeout. Clichés be damned, Dreamcake is delicious, no matter how you slice it. 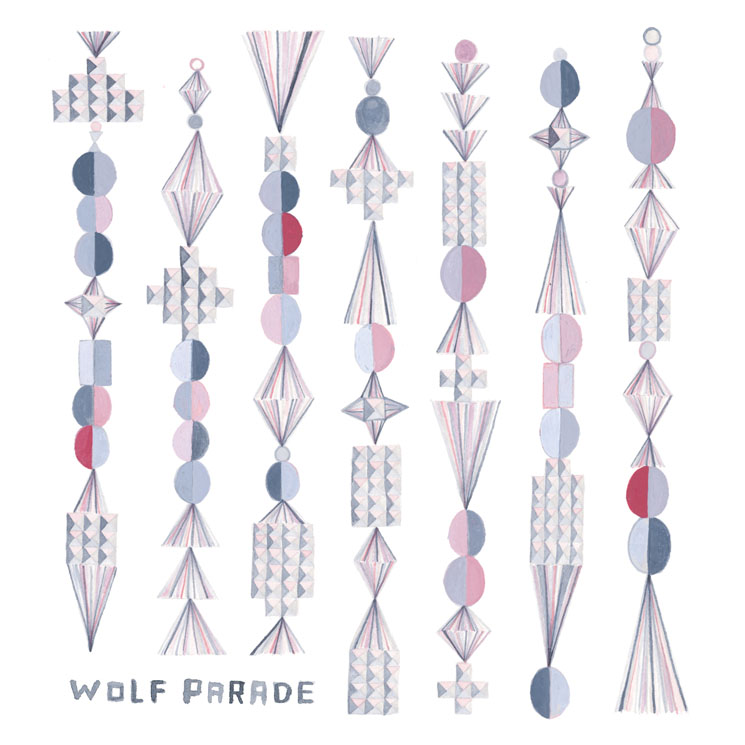 Wolf Parade have often been categorized as a diptych serving two musical geniuses. Part of the magic of their debut LP, Apologies to the Queen Mary, was figuring out the balancing act that stacked the fanciful quirks of Spencer Krug-sung songs like "I'll Believe in Anything" side-by-side with Dan Boeckner's somewhat more straight-forward, near-Springsteenian fist pumpers. Rather than act as polar opposites, though, the two songwriters' styles act as complementary flavours on this pretty well perfect package. Sifting through the classic decade-old songs "Shine a Light" and "This Heart's on Fire" still have our tickers beating, while the jaunty, saloon-pop swing of "Dear Sons and Daughters of Hungry Ghosts" may keep us sated until our dying breaths. 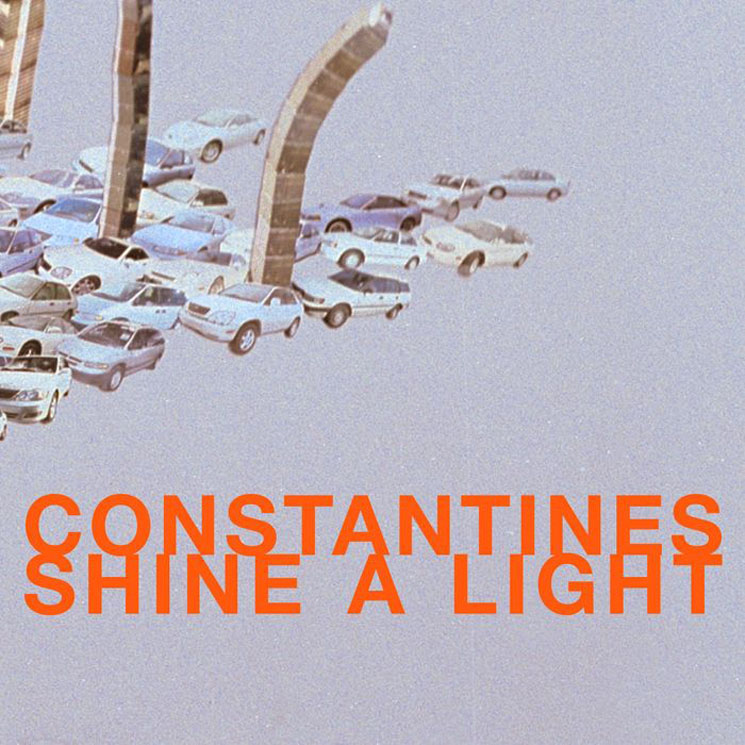 "I hate that sound," Bry Webb howls on Shine a Light opener "The National Hum." It's not a cry often lobbied at one of the country's most beloved bands of the last 20 years, whose Sub Pop debut could easily be one of the label's greatest audio achievements. Splitting the difference between Drive Like Jehu-minded post-hardcore dissonance and E Street Band rock opulence, Shine a Light is bold and brilliant. "Young Lions" compels with its cautious optimism, while sweat-slathered "Insectivora" pushes the band into a percussive, punishing groove and a determined closing mantra of "I'm learning to survive." The Cons' national hum keeps going, with the band currently enjoying the odd reunion show in the wake of last year's deluxe anniversary reissue of Shine a Light. To poorly paraphrase its "On to You," we'd say you should probably lift your old copy of the LP out of exile, but chances are good it's been beside your turntable the whole time.