By Gregory Adams & Alex Hudson
Published Oct 26, 2015
Putting together a band is not an exact science. Instead, it's like alchemy: a quest to turn something raw and imprecise into solid gold. Sometimes you hit on the right recipe from the start, but odds are a band will have to a bit of tweaking before truly coming into their own. In some cases, this means even after an act has established itself well within the public's consciousness.

For instance, just check out the recent addition of Floridian six-stringer Sulynn Hago to Winnipeg punks Propagandhi. Though it's still too early to determine how her entry into the outfit will play out in the long run, the band told Exclaim! they're plenty happy to "shake up the little boy's club that Propagandhi has always been."

As we wait for the end result of that roster swap, Exclaim! is taking a look at a number of notable lineup changes that made a dramatic impact on their respective bands. Some, thankfully, helped steer the groups into a new, more successful direction. Other times, though, the loss of a key player or the arrival of a new member led to certain doom. You can check out both sides of the coin below. 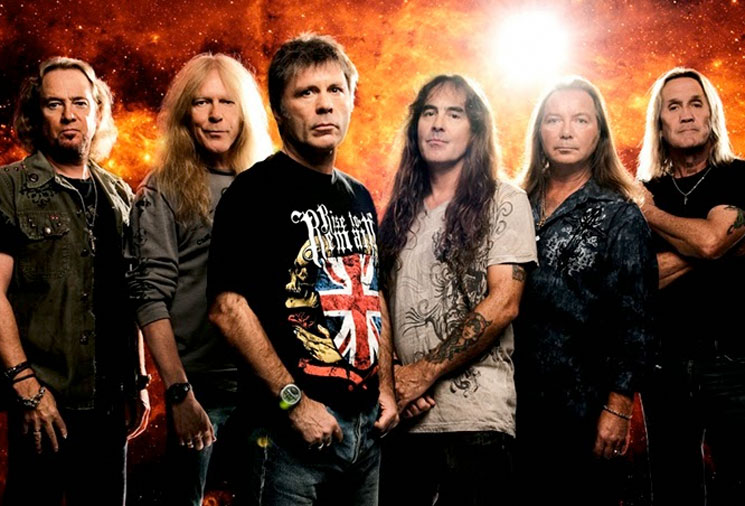 Oh, the human air raid siren, we up the irons for thee. The first pair of platters from New Wave of British Heavy Metal players Iron Maiden were rock-solid, featuring a punky attitude, plenty of grit and the dynamic twin guitar leads the band would maintain for years to come. But following 1981's Killers, gruff-throated vocalist Paul Di'Anno dropped out of the band. He'd quickly be replaced by dynamic, slightly operatic Saxon frontman Bruce Dickinson — a move that steered the band to its greatest success. It was a match made in heaven, with the new singer's energy and dramatic vigour elevating 1982's Number of the Beast into the mainstream. Via a howl that's held down "Powerslave," "Run to the Hills," "Fear of the Dark," "Wickerman," "2 Minutes to Midnight" and so many more, Dickinson's presence undeniably shaped the band into what it is today. Despite a brief exeunt in the '90s, he's still leading Iron Maiden into stadiums with his gigantic voice. That the dude knows how to pilot their tour jet is grounds for keeping him around for the upcoming "Book of Souls" trip too. (GA) 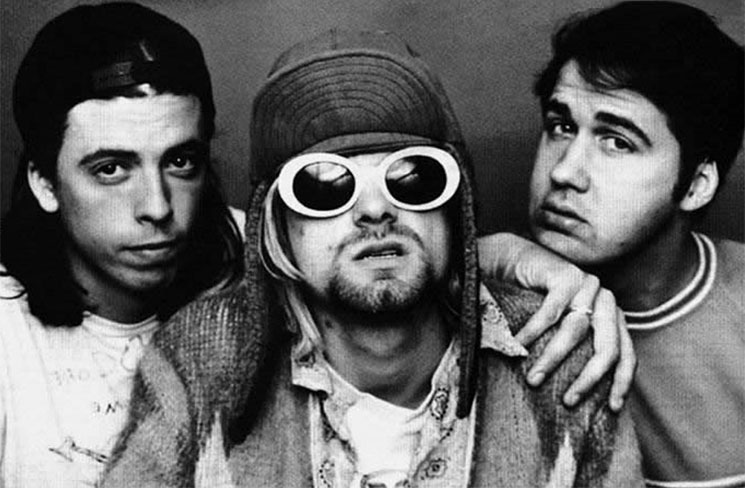 Can you imagine "Smells Like Teen Spirit" without Dave Grohl's unforgettable drum fill during the intro? Can you imagine In Utero without his thundering rhythms? Of course not! While 1989's Bleach was a perfectly enjoyable album, it wasn't until Dave Grohl joined on drums that Nirvana's classic three­piece lineup fell into place, and they went onto define the alt­rock explosion of the '90s. Not only did Grohl lock in with bassist Krist Novoselic to give Kurt Cobain's songs the muscle they deserved, but joining Nirvana helped launch Grohl's own very successful subsequent career as a Foo Fighters frontman and all­around champion of old­fashioned rock. (AH) 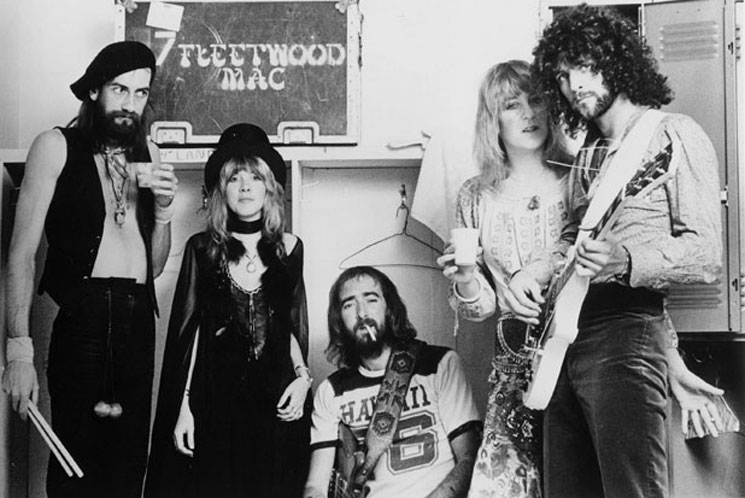 Fleetwood Mac carved out their path early on as a well-regarded, if slightly under-the-radar blues and folk rock band. To this day, Kiln House gets praise in classic rock circles. But it's the mid-'70s period that we remember best, in no short part due to the arrival of the already partnered-up duo of Stevie Nicks and Lindsey Buckingham. Their debut with the band, 1975's Fleetwood Mac, found Nicks dominating with her powerfully emotive performances of "Rhiannon" and "Landslide." Then 1977's Rumours went supernova, finding Nicks, Buckingham, founder Mick Fleetwood, and Christine and John McVie firing on all cylinders, adding a verisimilitude of striking songs to the pop world. Well, it wasn't a rumour that interpersonal drama and rampant drug use curtailed the good times, but the band occasionally reunite to give us some of those gold-dusted and godly songs in concert. Going by ticket numbers and still-strong sales of this period's back catalogue, there was nothing second-hand going into this particular roster update. (GA) 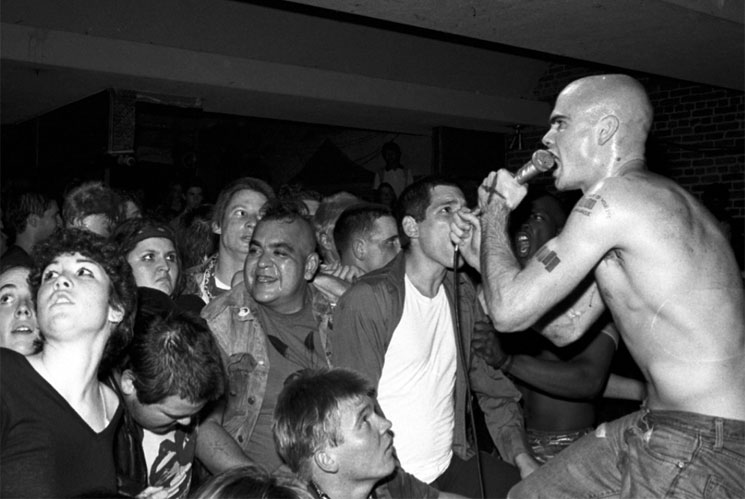 To be fair, there's plenty to love about early Black Flag. Keith Morris's sneer on "Nervous Breakdown" is a legendary blueprint for hardcore, and the Ron Reyes period gave us classics like "Jealous Again." But it's Georgetown ice cream shoppe employee Henry Garfield that lays claim as the true game-changer in Black Flag. After skipping out from the East Coast to join his favourite band, the rechristened Rollins gave off a mighty displeased and damaged growl on a series of landmark hardcore releases (see, uh, Damaged). From there, his time living in Greg Ginn's parents' shed led to the darkened and twisted poetry on the jazz- and Sabbath-stained albums My War and In My Eyes. He's a key ingredient to a force that helped define, tear down, and redefine hardcore as we know it today. (GA) 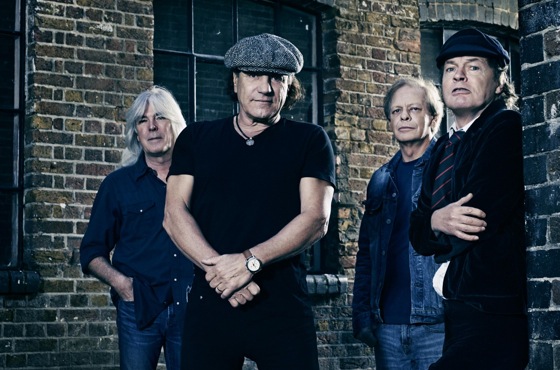 AC/DC were already a worldwide sensation when frontman Bon Scott passed away in 1980. Just a couple of months after his tragic death, the band rebounded to record Back in Black with new singer Brian Johnson. While stemming from great misfortune, the move proved to be a triumph for the band.
Johnson's signature yowl and titanic vocal hooks were both a nod to and an extenuation of Scott's own manic energy, with the successor proving to be the perfect addition to the band's muscular riff-rock sound, and this electrifying formula helped to make Back in Black one of the top-selling albums of all time. The Australian rockers continue to fill stadiums to this day, and Johnson's vocals are key to their continued success. (AH) 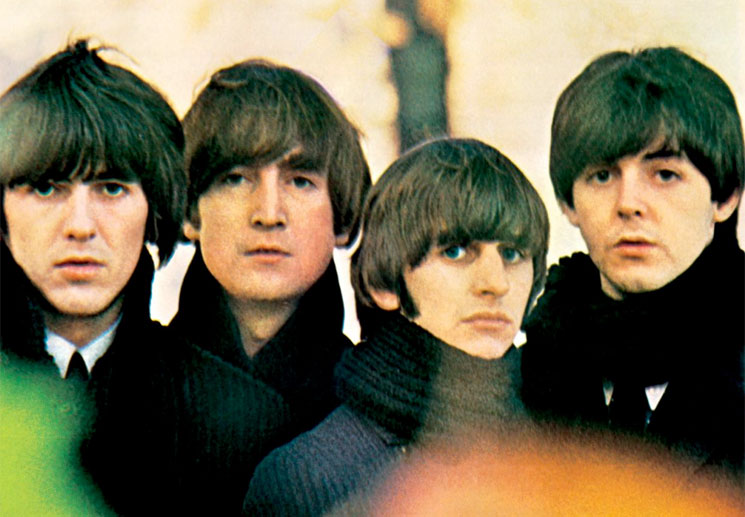 In the early days, the Beatles lineup had a rotating cast of skin-hitters. Pete Best manned the kit for a bit, but it was the arrival of Dingle, Liverpool drummer Ringo that really transformed the band into the Fab Four. Sometimes Starr gets a raw deal, having acted as the ham that sung the goofier, albeit awesome, Beatles songs like "Yellow Submarine" and "Octopus's Garden." His booming baritone has always had soul, though. More important, his top-shelf swinging and innovative, minimalist pounding makes for one of most iconic feels in the rock lexicon. Check the low-key ripple of "Come Together" or his "The End" drum solo for proof. Paul may have been the cute one, but Ringo was the Beatles' under-repped and rhythmic secret weapon. (GA)

Now head to Page 2 for the worst.