An Essential Guide to Beck

By Alex Hudson
Published Feb 26, 2015
Who is Beck? That's the question some music fans were left asking asking after this year's Grammy Awards, when Beck took home some of the night's most prestigious prizes (most notably Album of the Year for Morning Phase) and Kanye West caused a controversy by calling on the songwriter to give his prize to Beyoncé.

He may not have sufficiently impressed Kanye, but there's no disputing the depth and diversity of Beck Hansen's catalogue. Getting his start as a roots-obsessed busker in Los Angeles, the 44-year-old has a recording career that stretches back more than 20 years and touches on everything from goofy hip-hop to libidinous funk to rustic folk to riff-fuelled rock — sometimes all at the same time.

Your favourite Beck release will likely depend on your musical tastes. Like sad, lush breakup ballads? There's an album for that. Prefer eclectic, electronic collages? He's got you covered. But for any listeners looking to dip a toe into the deep well that is Beck's discography, there are a few touchstones that everyone should hear. That includes you, Kanye.

In attempts to shine a guiding line on those essential albums, as well as those Beck efforts you'd be wise to pass on, here's Exclaim!'s Essential Guide to Beck. 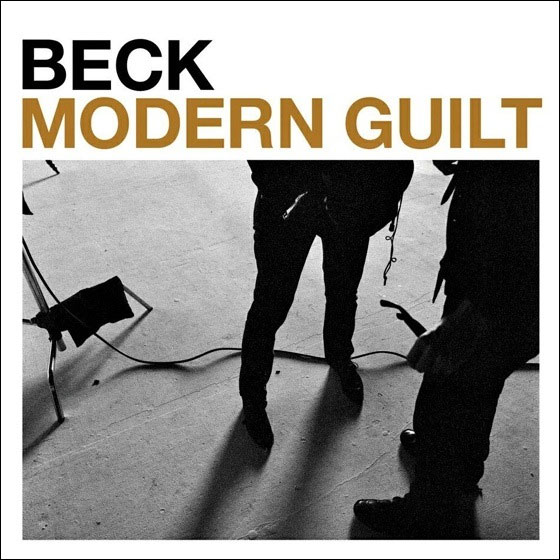 After the overlong sprawl of 2006's The Information, which had 15 tracks and runtime of more than an hour, Beck went to the opposite extreme with the succinct, no-nonsense Modern Guilt. It's not sonically ambitious, but it's one of his most stylistically focused, as he combines downcast pop-rock songs with vibrant, atmospheric soundscapes from producer Danger Mouse. The results aren't as game-changing as some of Beck's other albums, but Modern Guilt is consistently enjoyable, with standouts including the towering psych ballads "Chemtrails" and "Volcano," as well as bouncy rockers "Gamma Ray" and "Modern Guilt." While Beck has spent much of the past decade revisiting familiar sounds, Modern Guilt is the one that has its own unique character. 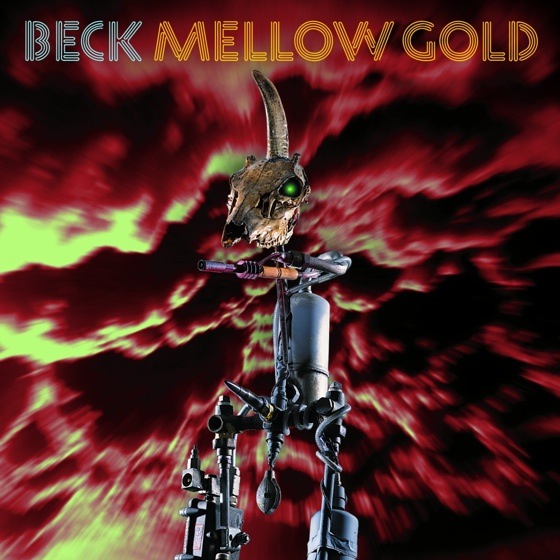 By the time Mellow Gold came out in March 1994, Beck had already released some esoteric lo-fi material, but most of the world considered this his proper debut. For one thing, it was his first for the influential alternative label DGC Records, and more importantly, it contained the surprise hit "Loser." That single's fun, gimmicky collision of nonsensical rap, rusty slide guitar and comical spoken samples make it sound a bit like a one-hit-wonder in the making, but the anything-goes eclecticism of Mellow Gold proved that Beck had more tricks up his sleeve. Just see the heavy-lidded slacker folk of "Pay No Mind (Snoozer)," the hook-filled psychedelia of "Fuckin' with My Head (Mountain Dew Rock)," or the noisy experiments "Sweet Sunshine" and "Mutherfucker." This isn't Beck's most consistent album, but it's easily one of the most fun. 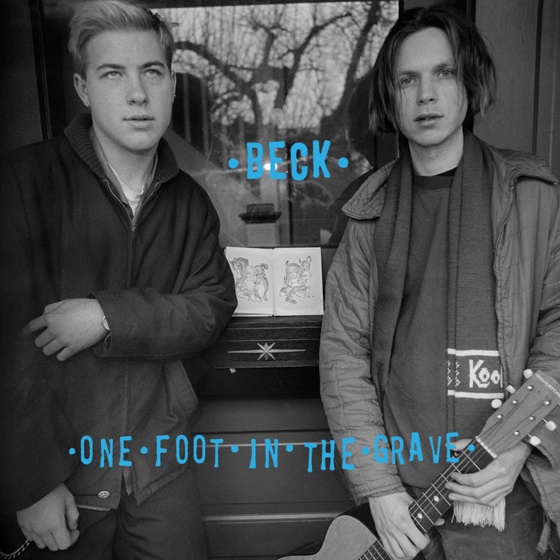 Released just a few months after Mellow Gold, the stunning One Foot in the Grave showed that Beck's talents were far more subtle than "Loser" may have suggested. Actually recorded before the release of Mellow Gold with Calvin Johnson of K Records, this is a continuation of the songwriter's anti-folk experimentation, but with a slightly more refined studio approach. One Foot in the Grave is raw and frequently messy, but the stream-of-consciousness weirdness is tamed by a burgeoning knack for hooks that emerges on the campfire-singalong-worthy "Girl Dreams" and the aching breakup lament "Asshole." With fuzzy art-punk, mournful blues and country, and the apocalyptically haunting "Cyanide Breath Mint," One Foot in the Grave captures Beck at an exciting time when he was capable of holing up in a basement with a junkyard acoustic guitar and banging out a record full of tossed-off brilliance. 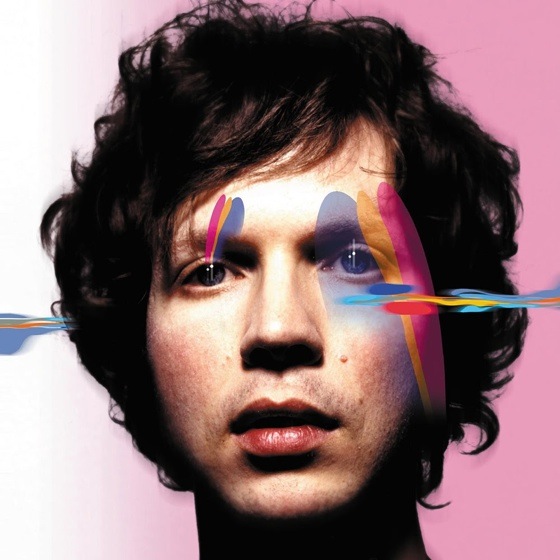 In the '90s, Beck frequently relied on irony, but that went out the window for 2002's devastating Sea Change. The songwriter was fresh off a breakup with his longtime girlfriend and reportedly wrote much of the melancholic material in just a week. Although none of the songs are explicitly autobiographical, there's a clear undercurrent of heartbreak running through ballads "Lost Cause," "Guess I'm Doing Fine" and "Already Dead." These emotionally devastating laments are brought to life by the lush production from Nigel Godrich and, perhaps most importantly, the towering string arrangements from Beck's father David Campbell. It particular, "Paper Tiger" is a perfect example of lyrical pathos being heightened by orchestral grandeur. Beck's 2014 effort Morning Phase has been billed as a sequel to Sea Change, and while that recent album may have earned a pile of Grammys, it's no match for the original. 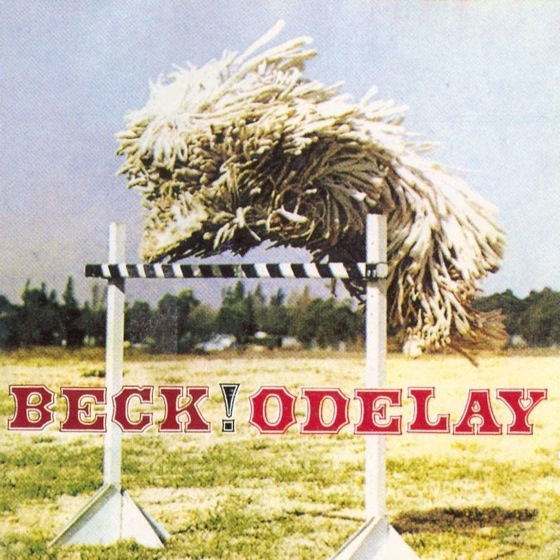 Much like "Loser," the 1996 masterpiece Odelay is built from familiar sonic elements, but these are combined in a way that is purely Beck's own. Here, nothing is sacred: during "Devil's Haircut" heavy monster-riffs go toe-to-toe with breakbeats and wailing harmonica; "Hotwax" juxtaposes acoustic slide licks with funk grooves and cheeky rap; the country-rock rootsiness of "Lord Only Knows" is interrupted by tongue-in-cheek fret-tapping before the whole thing culminates in an outro that rhymes "do the hot dog dance" with "get me some pants" — and that's just the first three songs. There's the daydream beauty of the Them-sampling "Jack-Ass," the soothing folk of "Ramshackle," and the collagist soul vibes of the standout single "Where It's At." It's a kooky grab-bag of sounds that achieves cohesion in its wild diversity. For anyone asking the question "Who is Beck?" Odelay is the answer.

Beck's earliest records — though interesting in an anthropological, look-where-he-came-from sort of way — don't hold up against the more developed ideas of his later works. New listeners should steer clear of half-baked formative works like 1993's Golden Feelings, 1994's A Western Harvest Field by Moonlight and 1994's Stereopathetic Soulmanure.

As for his later works, Guero is a low-point; apart from the insanely catchy single "Girl," the 2005 album largely consists of sounds that he captured better at other points in his career: "E-Pro" aims for the hip-hop rock of "Devil's Haircut," "Earthquake Weather" recalls the world-spanning folk of Mutations, and "Broken Drum" evokes the solemnity of Sea Change (but with grating electronic percussion).

We should also mention the divisive Midnite Vultures, which some fans swear by, but others find grating. There's no question that the horn-injected "Sexx Laws" and the seductive slow jam "Debra" are a riot, but much of the album's freaky future-funk has its tongue planted a little too firmly in cheek.

Once you've made your way through Beck's catalogue, you'll be pleased to discover that some of his best albums have piles of bonus material associated with them. In 2008, Odelay was released in a deluxe edition with 19 extra tracks, and One Foot in the Grave got similar treatment in 2009, with the expanded version adding 13 tracks. More quality rarities can be heard on the 2000 Japanese comp Stray Blues: A Collection of B-Sides.

Additionally, Beck has tried his hand at production a few times over the last few years, working on Charlotte Gainsbourg's IRM (2009), Thurston Moore's Demolished Thoughts (2001), and Stephen Malkmus and the Jicks' Mirror Traffic.

For those interested in hearing a strange curio from Beck's recent history, be sure to check out his Record Club from 2009. This series consisted of the songwriter and some notable friends meeting up and recording a tribute album within a single day. They tried their hand at albums by the Velvet Underground, Leonard Cohen and others, with contributors along the way including MGMT, Devendra Banhart, Feist, Wilco, Liars, St. Vincent, Jamie Lidell, Thurston Moore, and Tortoise.

And for those who read sheet music, there's always the unique Song Reader project (although you might want to steer clear of the iffy spinoff album).