Maze Runner Origins: A History of Mazes in Retro Games

As any old school gamer will tell you, mazes (and the monsters that patrol them) have long played an important role in the history of videogames.

That's why, with Maze Runner: The Death Cure — the long-awaited sequel to the popular action-adventure — making its way into theatres on January 25, we decided to take a look at the best old-school, maze-based videogames that helped pave the way for retro-gaming's modern renaissance (and inspired a whole slew of YA sci-fi series' in the process).

A History of Mazes in Retro Games

Mouse in the Maze (1959)
Back in the 1950s, the Massachusetts Institute of Technology was at the forefront of experimental computer design, creating a variety of software used to showcase the strength of its computers, as well as entertain its young engineers.

Introducing Mouse in the Maze: a game that allowed users to use a light pen (a precursor to the modern stylus) to set up walls, as well as spots that represented bits of cheese (and glasses of martini) for a virtual mouse to hunt. From there, the digital creature would be released, traversing the maze and gobbling up the items in its path.

Although simple by today's standards, Mouse in the Maze was a breakthrough at the time, offering a glimpse into the future of gaming.


Gotcha (1973)
Developed by Atari and released in the fall of 1973, Gotcha — the first commercially sold arcade maze videogame — involves two players competing in an ever-evolving maze. One player plays the role of "the Pursuer," attempting to chase down and catch their buddy ("the Pursued") as the walls change around them.

It supposedly sold 3,000 units; Gotcha wasn't commercially successful and was dogged by controversy. (Initially, game units were sent out with domed controllers meant to look like breasts, and a flyer for the cabinet showed a man chasing and grabbing a young woman — yikes.)

Blockade (1976)
If, like a lot of older millennials, you have fond memories of playing Snake on the Nokia cellphones of the late '90s and early 2000s, you have Blockade to thank.

Using four directional buttons, each player moves around the screen, leaving a solid line in their wake. To win, a player must avoid any of the walls being created around them — crashing into one causes a player to lose.

The game, released by Gremlin, spawned many clones, and is rumoured to have inspired the Light Cycle sequence in Tron (later released as an arcade game by Midway in 1982).

Head On (1979)
SEGA's Head On involved a set of cars, continuously in motion, racing around a screen trying to collect as many dots as possible. The first maze game of its kind, it would go on to spawn a sequel that same year, and is said to have been a primary inspiration behind Pac-Man.

Pac-Man (1980)
An arcade classic for nearly four decades, the Namco game trounced its competition shortly after its release in 1980. At the time, space age shooters were all the rage, but over the years, the game would go further than local arcades and become embedded in popular culture thanks to sequels, action figures and TV shows. It's reported to have gobbled over $2.5 billion in quarters by the early 1990s. Not just for retro gamers, you can even find it in collections at the Smithsonian Institution in Washington, DC and the Museum of Modern Art in New York.

Berzerk (1980)
Berzerk — in which a player has to navigate around a maze-like area while shooting enemies — became an arcade sensation in the 1980s (following a short trial run at a Chicago singles bar). Even Matt Groening and his staff appear to be fans — the game has been referenced in episodes of The Simpsons and Futurama. Perhaps most impressive: it's one of the first videogames to use speech synthesis. (The English version of the game allowed the player's robotic foes to speak using words from a 30-word vocabulary.)

Wizard of Wor (1980)
In this Midway classic, one or two players fight alongside one another in a series of monster-infested mazes and are forced to clear each area before advancing. (Retro gamers may notice some similarities between this title and Midway's Smash TV, which was released a decade later.)

Dungeons of Dagorath (1982)
One of the first real-time, first-person perspective roleplaying videogames, Dungeons of Dagorath — released for the Tandy (RadioShack) TRS-80 Color Computer in 1982 — revolutionized modern gaming thanks to its 3D design, created using angled lines to give the illusion of depth.

The game was featured in the book Ready Player One, and some of its artwork was even used for the cover of the Oneohtrix Point Never album Garden of Delete.

Bomberman (1983)
One of the most commercially successful gaming franchises of all time, Bomberman — similar to Pac-Man — is still enjoyed by the retro gaming community today, thanks to modern ports (including a recent one for the Nintendo Switch).

In the game, you play a robot (Bomberman) who must fight his way through a maze, dropping bombs to destroy his enemies and unearth hidden doors.

To date, over 70 different games have been created involving the titular hero.

The Tower of Druaga (1984)
Inspired by Sumerian and Babylonian mythology, including the Epic of Gilgamesh and Tower of Babel, The Tower of Druaga was first conceived by Namco as a sort of "fantasy Pac-Man," involving elements of combat, puzzle-solving and roleplaying within the maze-based action game. In doing so, it laid the foundations for the action roleplaying game genre, inspiring the likes of The Legend of Zelda and Dragon Quest.

Gauntlet (1985)
Conceived by Atari game designer Ed Logg and inspired by his son's interest in the paper-based game Dungeons & Dragons, Gauntlet is a fantasy-themed hack and slash in which up to four players attempt to find the exit in a maze overrun by foes. One of the first multi-player dungeon crawl arcade games of its kind, Gauntlet set the imaginations of young developers minds ablaze, and can still be found on top all-time retro games lists.

Maze Runner: The Death Cure races into theatres on January 25. 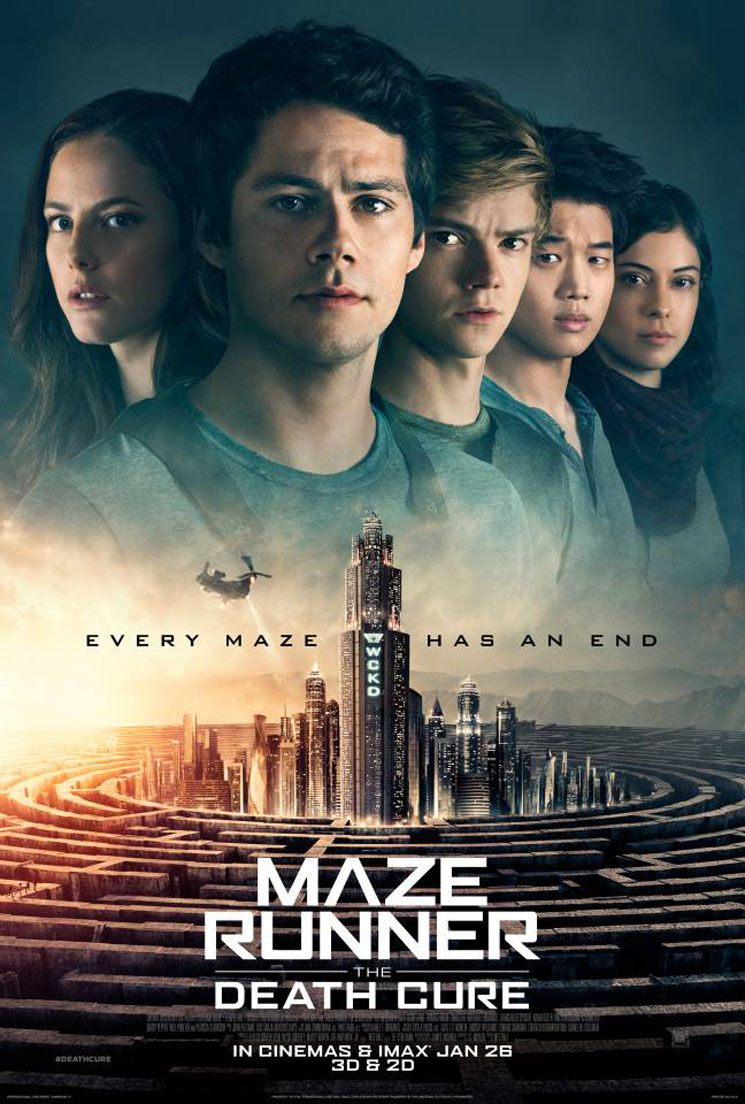