By Megan LaPierre
Published Jun 29, 2021
It's official — the 35th anniversary iteration of the TD Halifax Jazz Festival is returning this summer.

Set to run from July 14 to August 15, the festival has announced its first wave of performers for this year, including P'tit Belliveau, Ben Caplan, Blackwood, Hillsburn and many more.

Building on the fest's successful online edition in 2020, organizers are embracing a hybrid model: all events are currently scheduled to occur online, but the fest is still hoping to bring in-person live music to the Halifax community this summer. This will make for a mix of free YouTube livestreams performances, exclusive ticketed events via Vimeo and — fingers crossed — actual IRL events.

In a statement, TD's Stephanie Tennant said the following:

For 35 years, the Halifax Jazz Festival has brought music education and live performances to communities around Nova Scotia. TD is proud to be a long-time supporter of the Halifax Jazz Festival and support their pivot to an engaging virtual experience this year. While we may not be able to gather in person, music has the power to connect us all through our shared love of culture and community. We're excited for all of the live-streamed performances and events that the Festival has in store.

The TD Main Stage Series will take place July 14 to 17. Set to film at Sonic Temple, ticketed performances by P'tit Belliveau, Ben Caplan and Measha Brueggergosman will be livestreamed on Vimeo. The week will end with a free performance by Hillsburn streaming via YouTube.

Finally, the intimate (and entirely free) Club Series will be livestreaming to Facebook from the Carleton July 28 to 30. Tachichi, Standard Time and Owen O'Sound Lee are set to perform.

Tickets are available here, to be purchased as an individual or as a group.Virtual festival passes providing access to all six ticketed performances are also available for $40 (plus tax + service fees).

Stay tuned for the announcement of additional Halifax Jazz Festival performances — including educational TD Jazz Labs programming, a Community Series and the Creative Music Workshop — in the coming weeks.

Check out the event poster below and click here for more information. 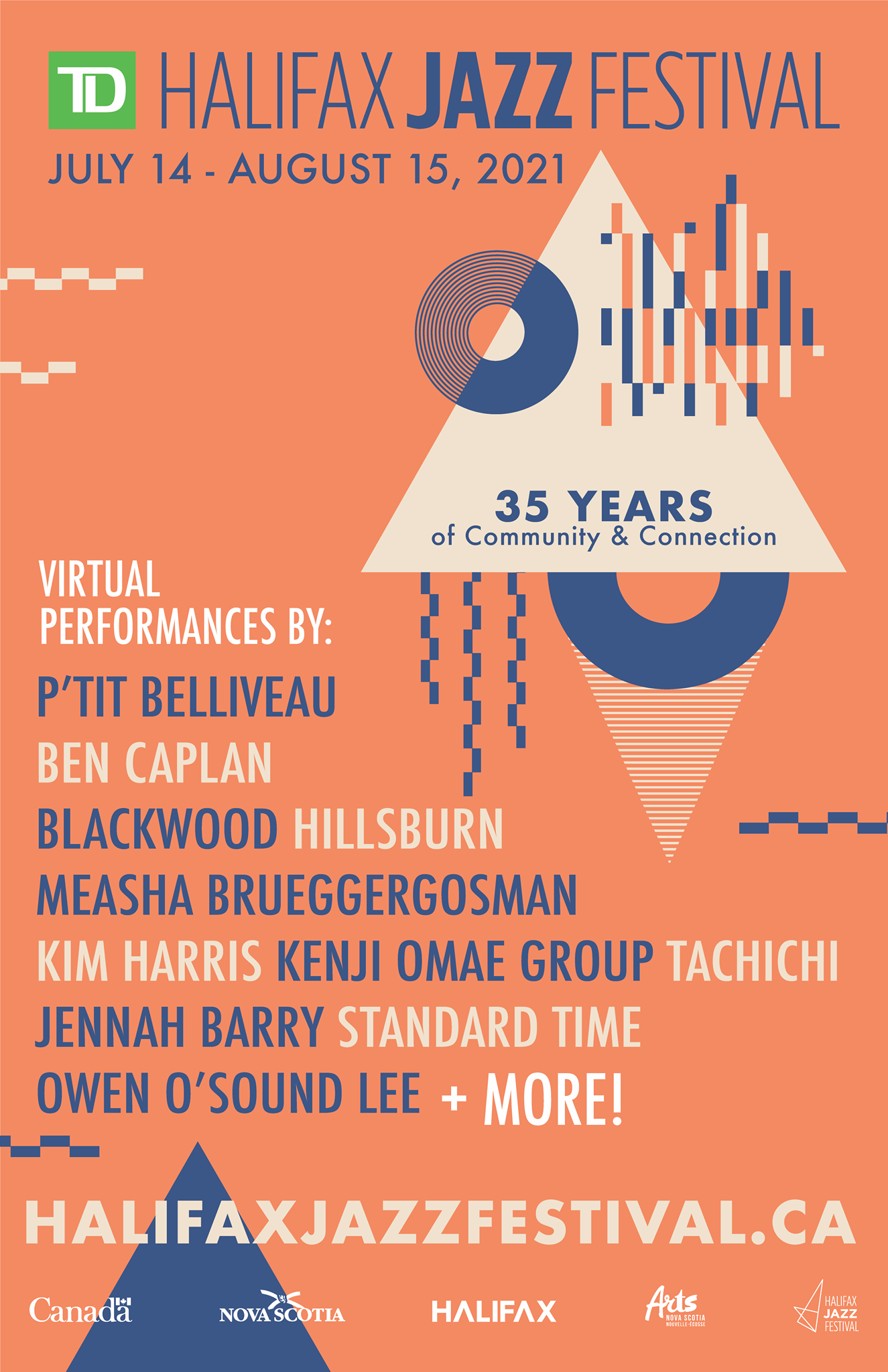