'The Slow Rush' is coming to Toronto, Montreal and Vancouver

By Brock Thiessen
Published Dec 09, 2019
Tame Impala are gearing up for the group's new album The Slow Rush next year, and in support of the record, Kevin Parker and co. have announced a 2020 North American tour, which will indeed be coming to Canada.

The tour kicks off on March 9 in San Diego and concludes August 7 at the Gorge Amphitheatre in George, WA. Along the way, Tame Impala will hit Toronto on June 2, Montreal on June 3 and Vancouver on August 5, in addition to playing a pile of U.S. cities.

Lending opening support on the majority of the dates will be Perfume Genius, and you can see all the stops below.

Tickets for the newly announced dates go on sale Friday (December 13) at 10 a.m. local time, though there is a pre-sale offer available starting December 11 for those with American Express cards.

The Slow Rush is set to arrive February 14 through Interscope. The album follows 2015's Currents. 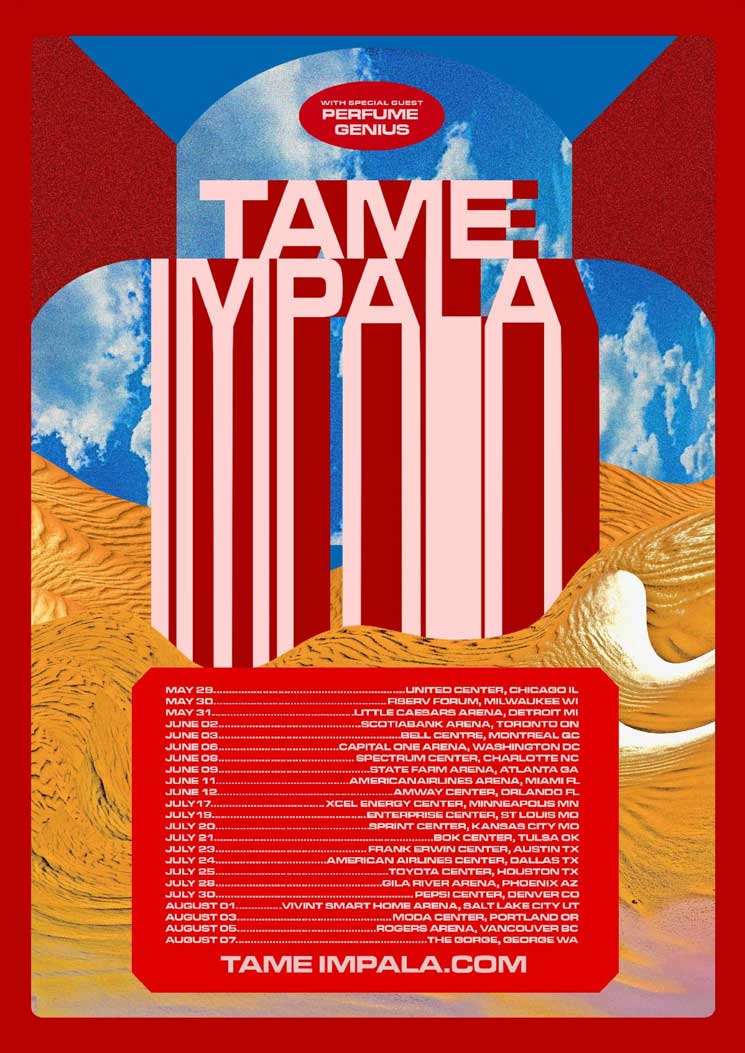 * with Clairo
$ with MGMT
# with Perfume Genius