"She can really distill the vibes of a session when she comes running in, sprinkling her chill, happy fairy dust on everyone's laps"

Bays shared pictures of his pup with Exclaim! and told us all about how Milly gets the zoomies, how she becomes attached to people after meeting them only once, and why he had to stop fostering so many cats. He also spoke about his recent album with the synth rock trio Left Field Messiah, and hinted at his "new secret project" that hasn't been announced yet.

Tell us about Milly!

Milly is an Italian Greyhound — an Iggy they call 'em — mixed with a Chihuahua. She was rescued by my partner Brea six years ago and had all sorts of fear issues from abuse. Fortunately, she's since learned how to be comfortable around humans and has developed some huge bonds with friends and studio clients. Once you connect with her, she becomes a friend for life to the point where she will literally howl to the moon if I tell her that she's going to get to see one of the people she knows. Especially my dad. She's only met him once, but as soon as she hears his voice on the phone, she bends her head back and howls like a wolf until the phone leaves the room. 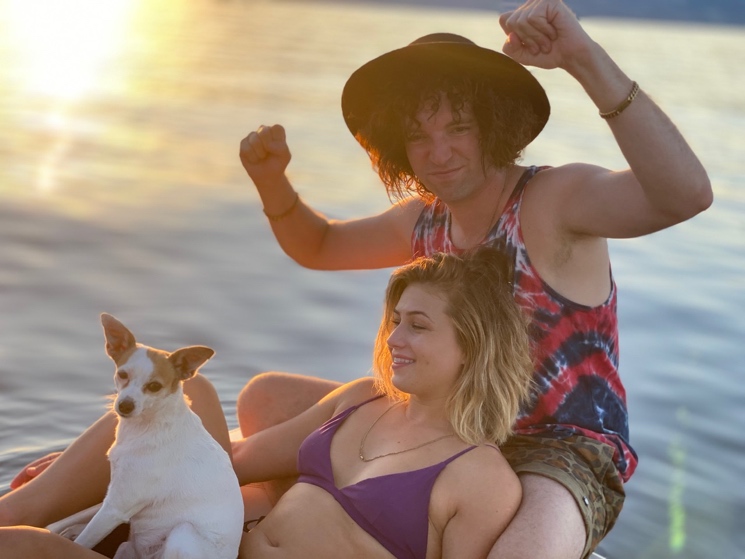 How did you pick her name?

She came with the name Milan — which is odd 'cause she has zero fashion sense — so it just became Milly pretty quickly.

You also have some cats in your life — how do they get along with Milly?

Over the course of two years, I had 55 foster cats grace me with their presence — and dander — and it was a huge part of my life. I loved knowing that I could be a part of a team of people working towards adoption and preventing them from being put down. Unfortunately, my allergies to cats has gotten worse, to the point of me not wanting to even pet cats anymore. So now I'm a dog guy once again. I just love the never-ending enthusiasm and positivity of dogs, and once you know their quirks and personality traits intimately, the little nuances in their behaviour feels magnified and almost human-like. Observing those little things keeps domestic life surprisingly exciting. 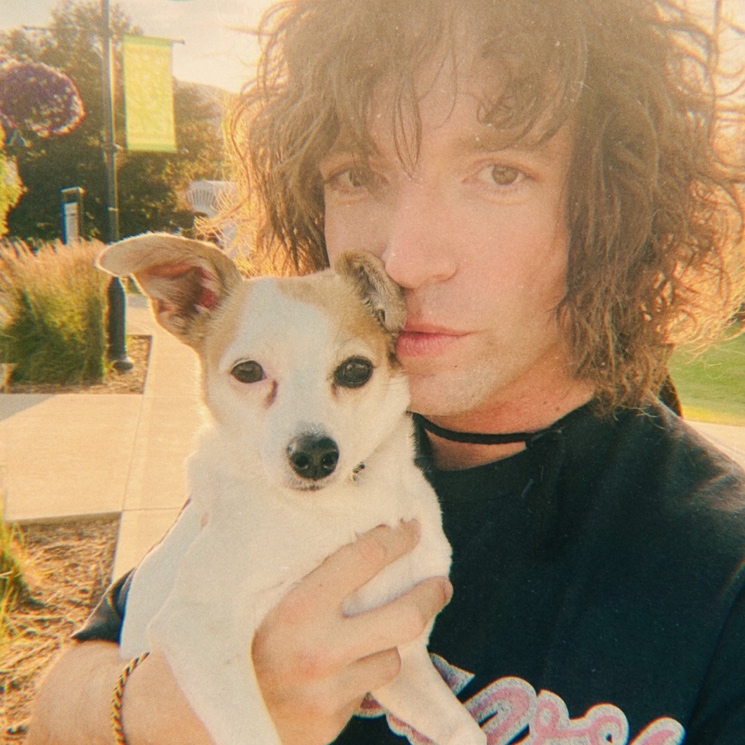 What's it like working with pets in the studio?

Every band member or artist that has come through my studio, Tugboat Pl., has fallen in love with [Milly]. She can really distill the vibes of a session when she comes running in, sprinkling her chill, happy fairy dust on everyone's laps. When she sees people she knows, she sometimes pees a tiny bit, unfortunately, cuz she's so psyched, so we try to do re-introductions outside. She also will often get "the zoomies" where she's so hyped that sprints back and forth on the couch cushions and buries her face in the couch cushions, sorta digging them up, super quickly, while panting — like she's saying "I'm so stoked you're here!!" She's also just super easy going too and can sleep anywhere no matter how loud or crazy it is. We have one of those bubble backpacks and bring her everywhere we go like a BABYBJÖRN. On flights, to the beach, to run errands, et cetera. She goes everywhere we go, always, and she never seems bummed — just 24/7 stoked. I think she's rubbed off on me in that sense. 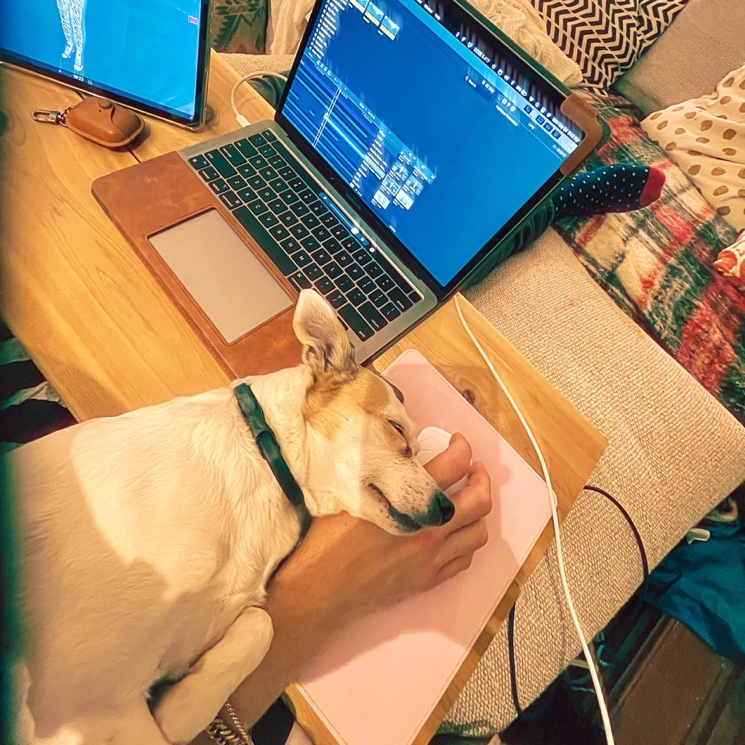 What are you working on?

I just put out a full-length record with my latest project, Left Field Messiah. It's called In Praise of Bombast. It's such a crazy good record so I hope you readers go check it out. I'm majorly proud of that record. Other than that, I finished producing/mixing the new Said the Whale and daysormay records, which come out any day I believe! Also Parker Bossley's new EP, some Dyllan, Blonde Diamond, Sleepy Tom — and a whole new secret project of mine that I can't wait to share soon! 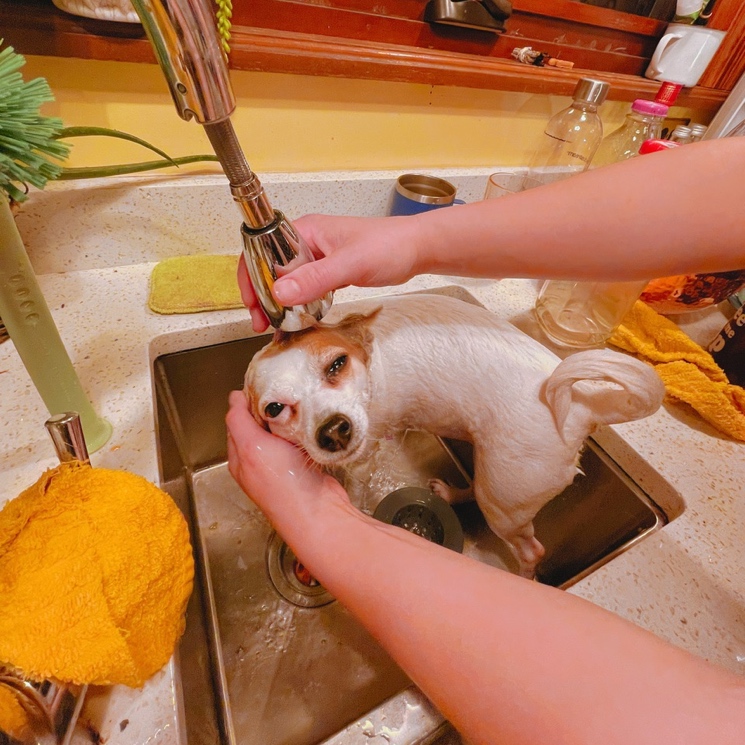 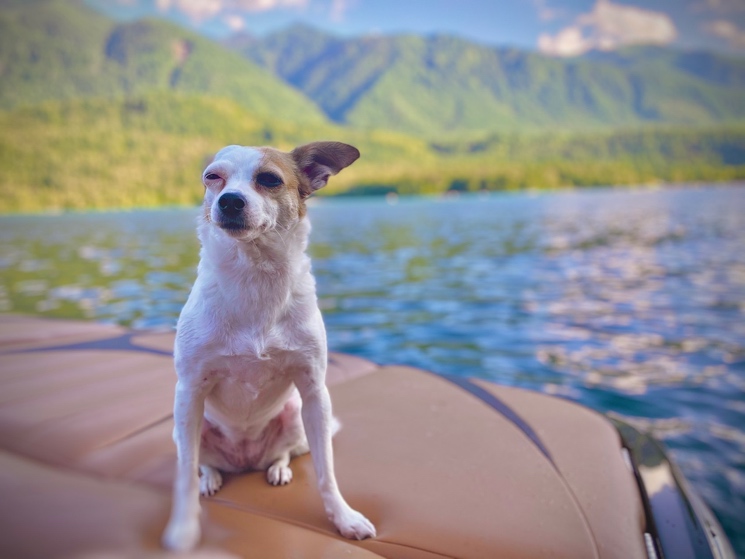 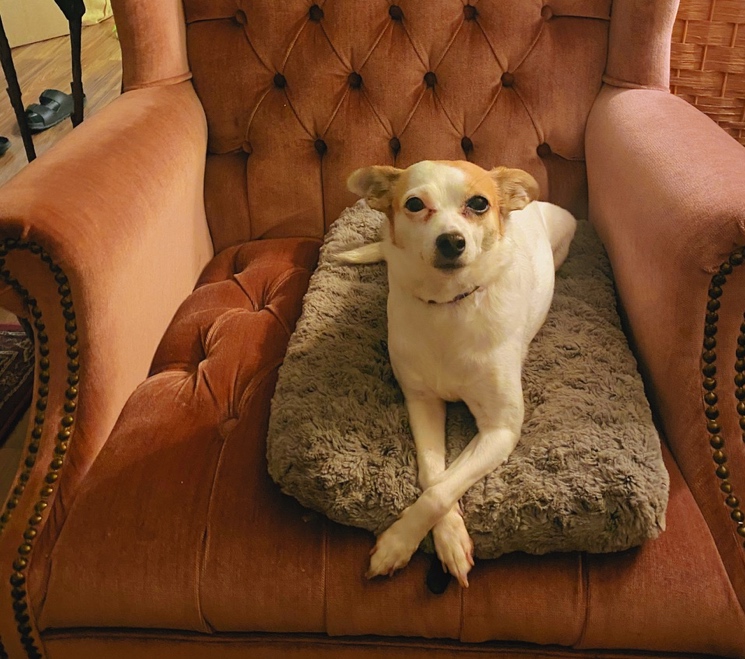 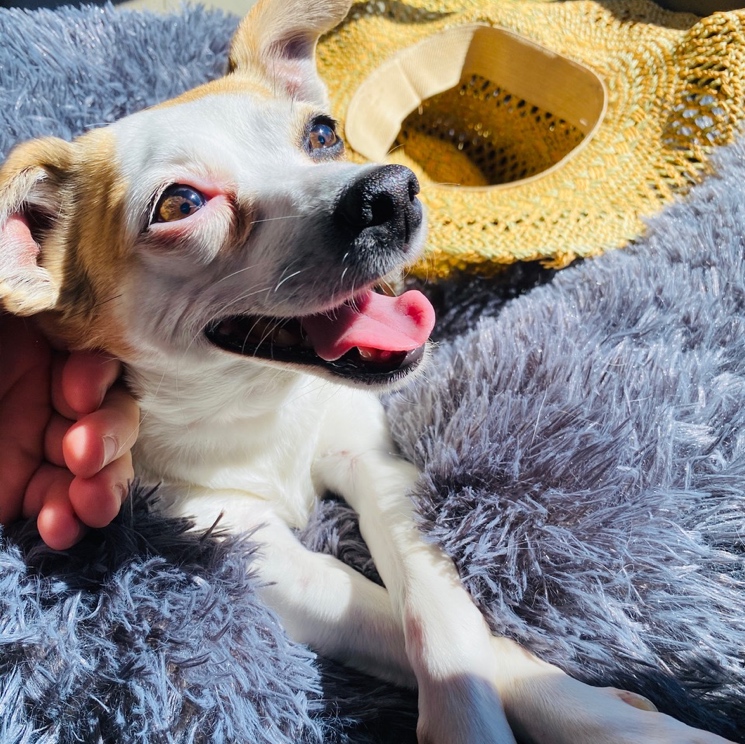 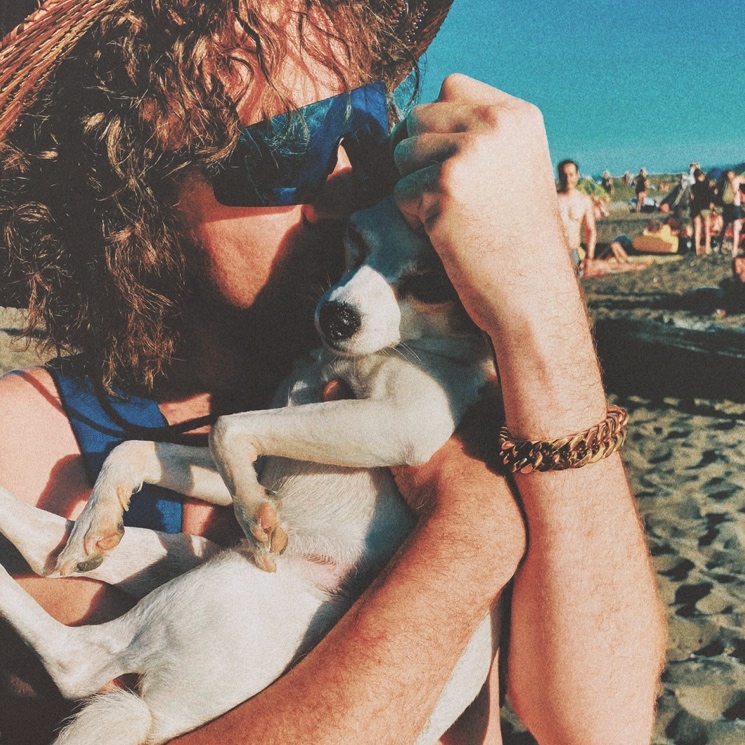