By Kaelen Bell
Published Jan 28, 2022
Grimes is continuing her quest to become alien queen of Mars and/or Reddit with another gnarly white-ink tattoo.

A follow-up tattoo to last year's massive extraterrestrial back piece — which Grimes called "beautiful alien scars" — the new ink is on the producer and pop star's upper abdomen and wraps under her breasts. It's in the same spindly, spacey style as her first, and in a series of Instagram stories showing off the new work, Grimes says she's nowhere near done.

"The long slow effort to have a full alien body — gna [sic] be totally covered in white ink…post-human" she wrote on a closeup image of the new tattoo.

Remember when Grimes was just a musician from Montreal who tried to live on a houseboat full of chickens? Simpler times! 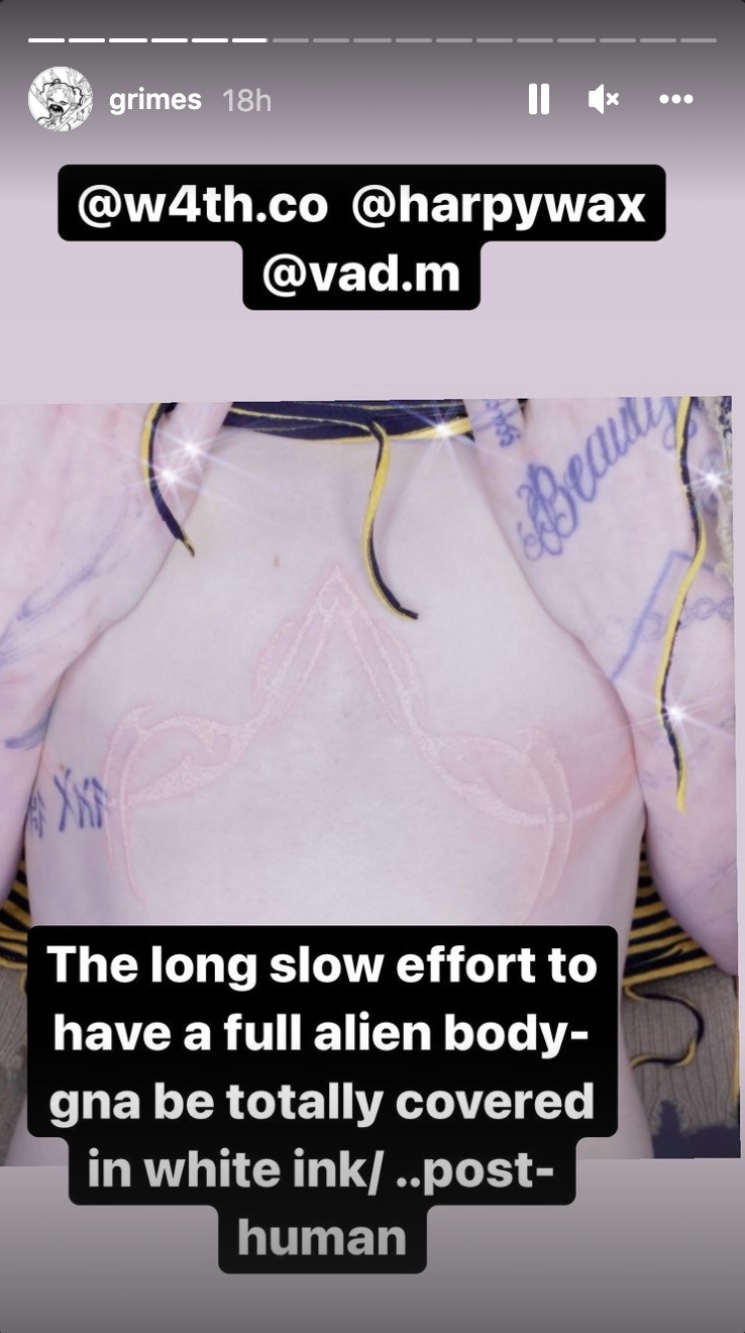 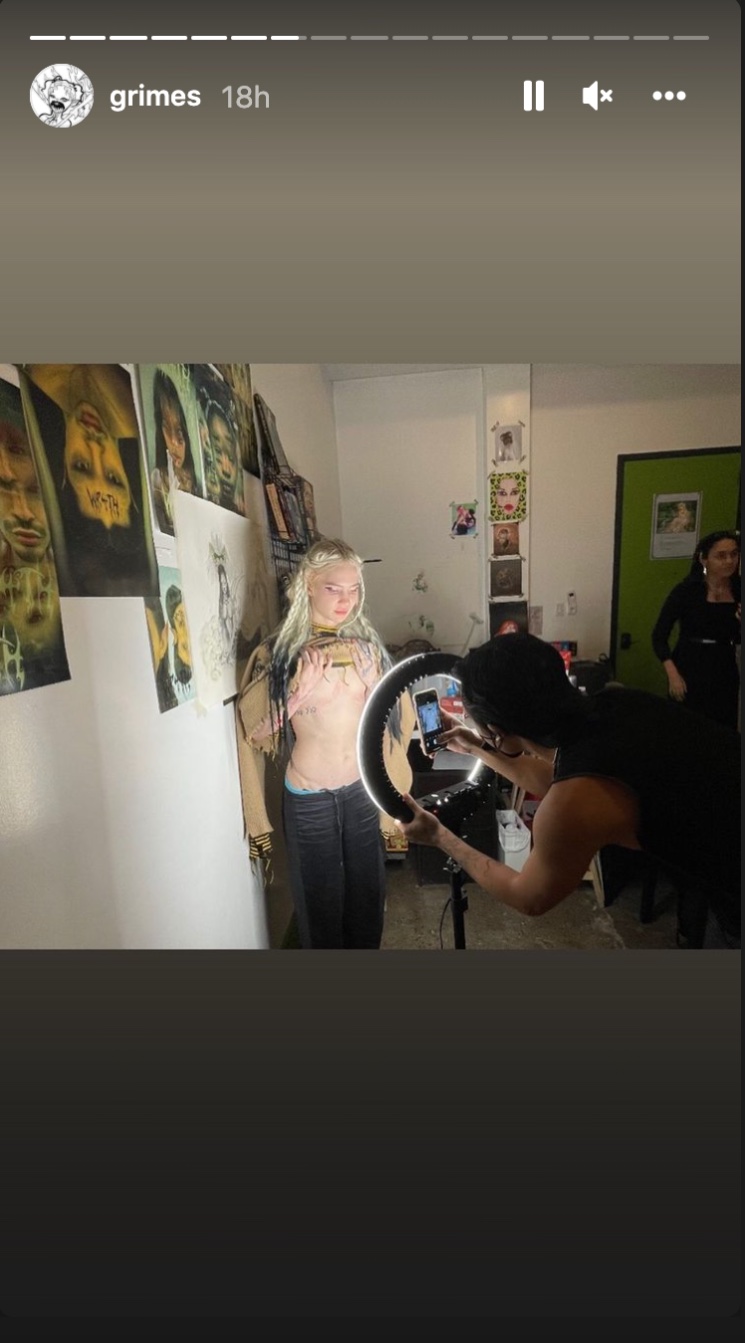