Canadian Musicians Nerd Out on Their Hobbies and Collections

By Alex Hudson
Published Jan 13, 2022
In the dark of another lockdown winter, it's more important than ever to have a rich inner life. With live shows once again off the table (or at least significantly scaled back) in much of Canada, musicians have extra time to devote to their off-stage hobbies.

We asked some of our favourite musicians about their quirky collections and hobbies — and they shared everything from houseplants to toys to bones. Actual. Human. Bones.

Check out these Canadian musicians' hobbies below. 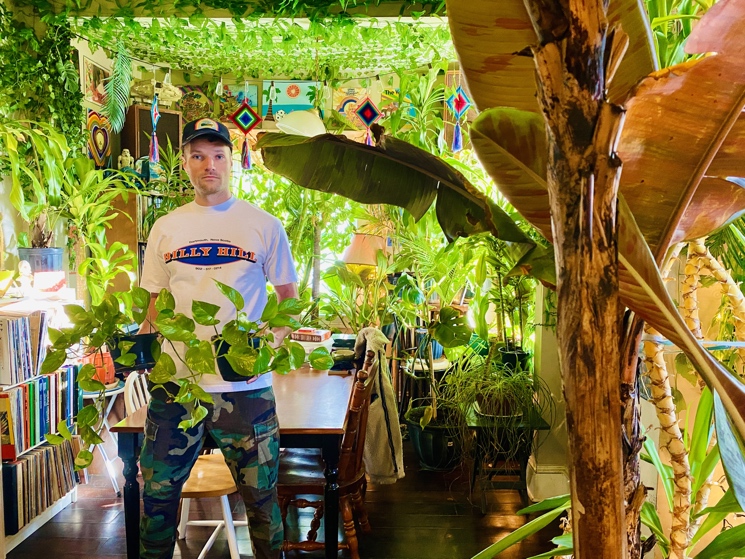 East Coast pop party-starter Rich Aucoin has lived in the same apartment for 16 years, and in that time he's turned it in a jungle of houseplants. "It started with buying a yucca from Sobey's across the street here in Halifax and built to me jumping on every plant sale that comes up throughout the year," he tells Exclaim! "Got some lucky finds, like acquiring four banana trees from a concert promoter bud when he was done with them."

Aucoin gives a special shoutout to the roommates who keep the plants alive while he's on tour — including Connor James of the alt-rock band June Body, who took this photo. 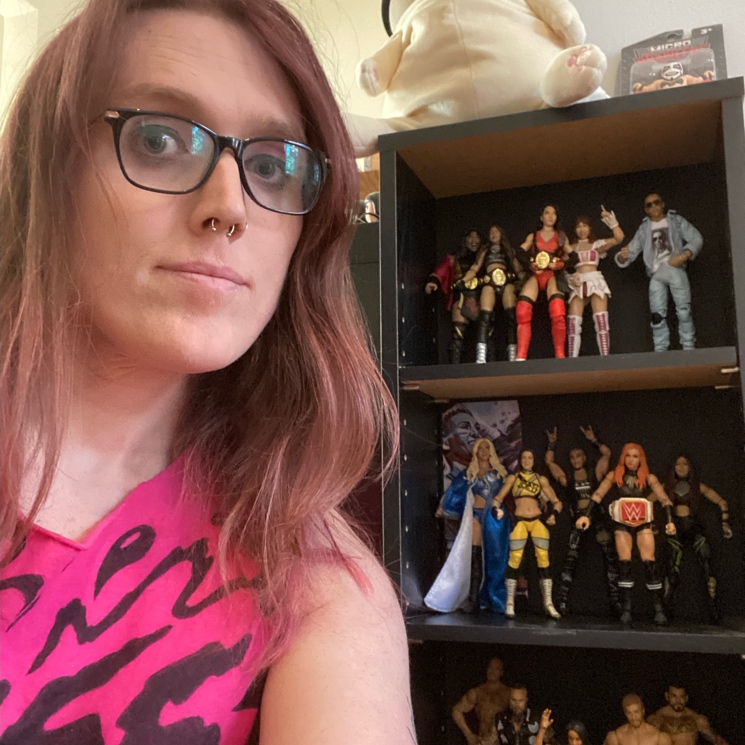 Matty Grace of Halifax bands Cluttered and Century Egg collected wrestling toys as a kid but, like so many of us, got rid of the entire collection years ago. "When AEW began producing figures, I got back into the habit of collecting them," she tells Exclaim! "I predominantly collected non-male wrestlers but there are some exceptions to the rule."

Much like how Grace collects toys, Cluttered and Century Egg have been collecting songs at an impressive pace — Cluttered put out two EPs in their inaugural year, including last June's Accidents, while Century Egg have already followed last spring's Little Piece of Hair EP with a couple of new singles. 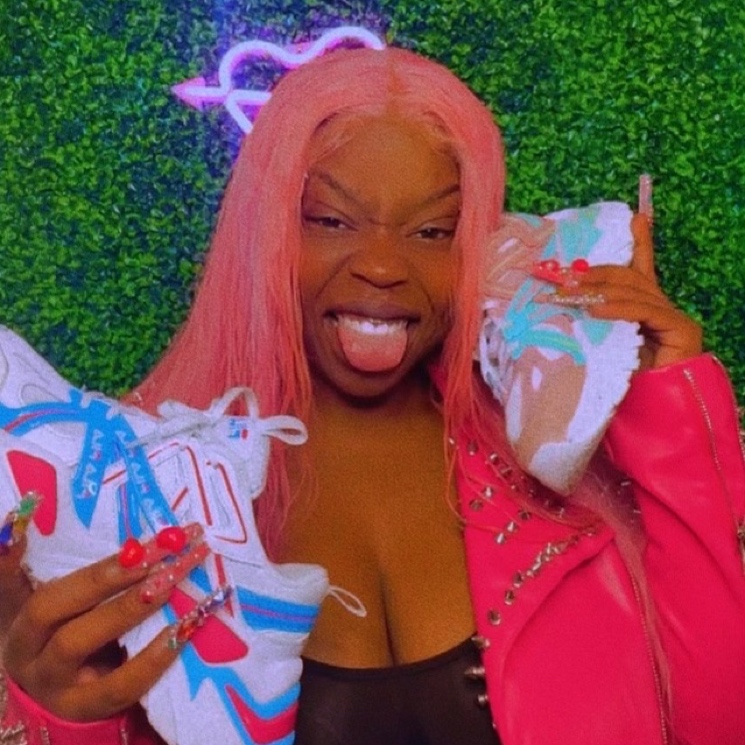 The only thing as bright and bold as Charmaine's music? Her sneaker collection. The Toronto-based rapper, who released her HOOD AVANT-GARDE EP last year, tells Exclaim!, "My shoes are another extension of my personality. I love vibrant, bright colours and sneaker styles that you wouldn't typically see everyone wearing. They just make the outfit even more drippy!" 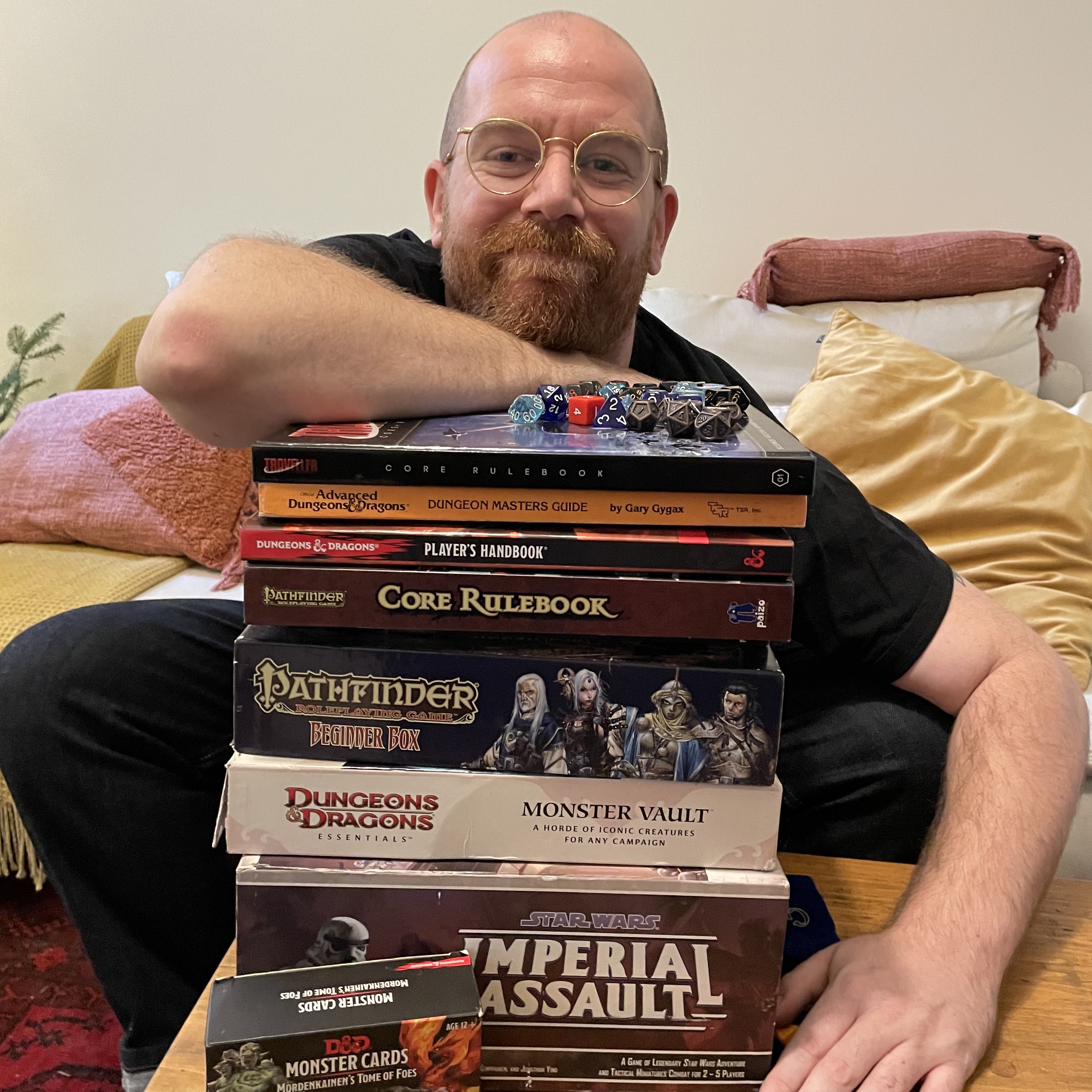 When singer-songwriter Sam Coffey isn't bashing out rock tunes as the frontman of Toronto band the Iron Lungs — with whom he kicked up a racket on last year's Real One LP — he spends his downtime playing Dungeons & Dragons and other TTRPGs (tabletop role-playing games). He says his favourite thing about these games "is the different settings I can participate in. I can be an elf! Or I can be an elf in a different world with a different set of arbitrary rules! Or a gnome!" 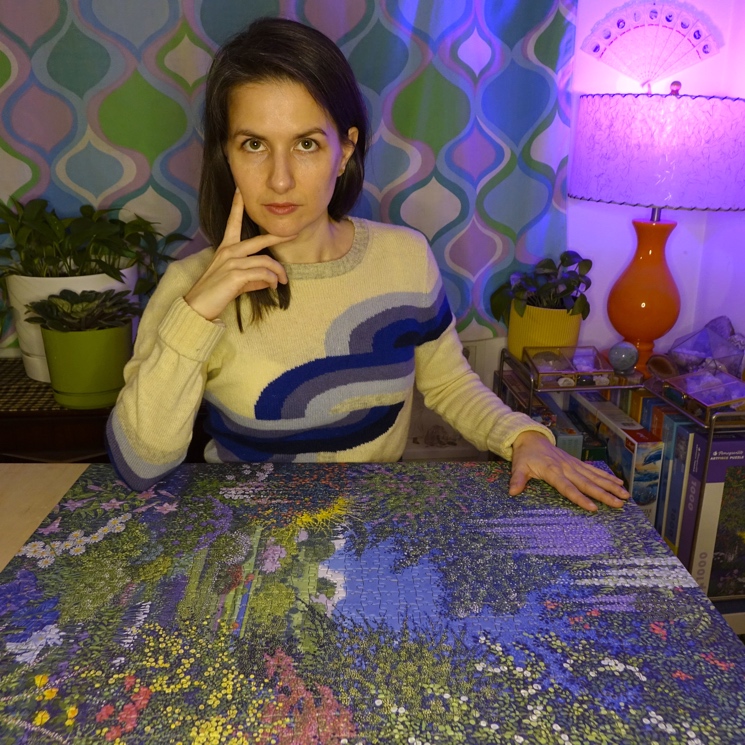 When Energy Slime's Jessica Delisle is working on a puzzle, she sometimes enters what she calls "The Puzzle Zone" — or "P'Zone" for short — where she forgets to clothe herself or eat. She's even catalogued her puzzles in an online database to make it easy for friends to borrow them. "I currently have about 40 puzzles, which is a lot for a 400-square-foot shared studio apartment," she says. "I don't have a large enough table to puzz upon, so I use a piece of plywood on top of a keyboard stand."

She might need to clear her puzzles off her keyboard stand in order to finish off Energy Slime's second album, the follow-up to 2014's New Dimensional, which she is currently recording with bandmate Jay Arner.

Rosa Venenosa of Maldita
The macabre 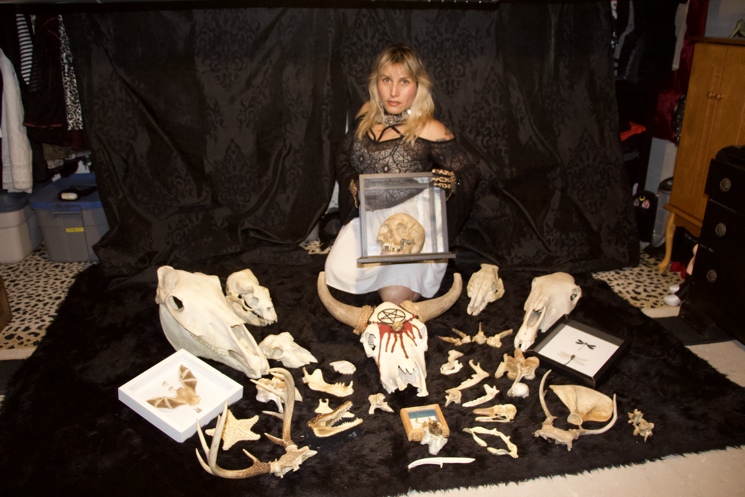 Rosa Venenosa, the Spanish-singing lead vocalist of Toronto-based hardcore punks Maldita, has a particularly unique collection: an assortment of macabre items including skulls, witchcraft items and "wet specimens" (i.e. biological specimens preserved in fluid). She tells Exclaim! that her collection is inspired "by my travels and my own interest in the occult arts." She says, "I would find unusual items while visiting witch markets in my native Peru, Cuba and Dominican Republic, and antique stores in the US and Europe."

Maddy Wilde of Rapport and No Frills
Film photography 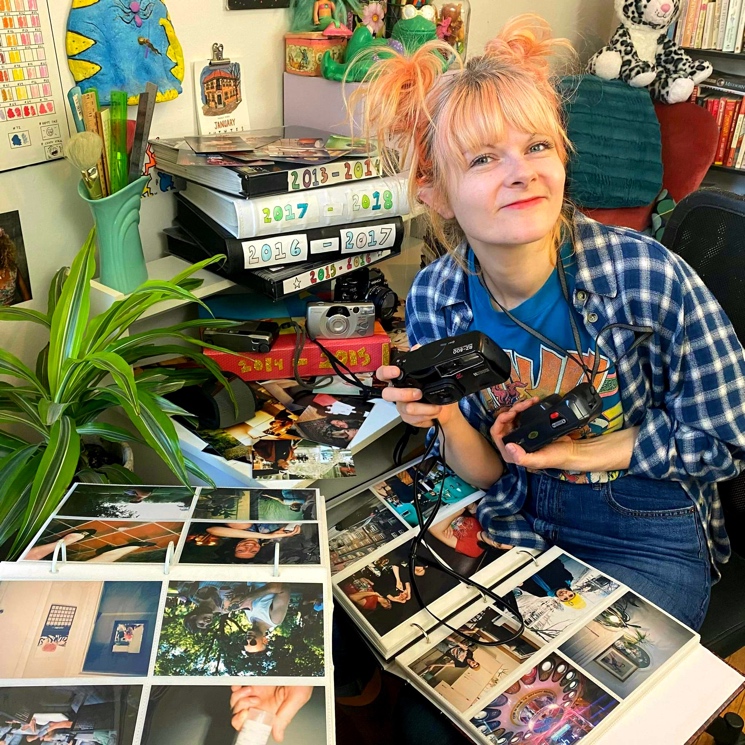 Forget about Instagram or iPhone cameras — Maddy Wilde, of Toronto bands Rapport and No Frills (and formerly of Spiral Beach and Moon King), takes a single film photograph every day. "Friends of mine know this is the deal and are used to being photographed," she explains. "It's been over a decade now and I can't imagine ever stopping!" 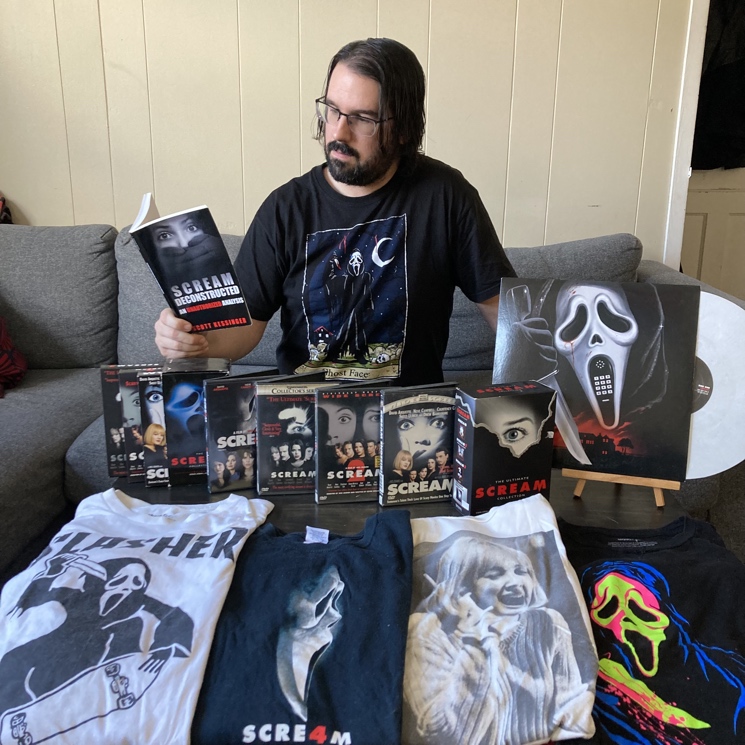 Do you like scary movies? Interestingly, Trevor Murphy of Nova Scotia franco pop-rock project Sluice does not — but he's still an enormous fan of the Scream film franchise. He estimates that he's watched the original film "hundreds of times" at least, and he interviewed the music supervisor for his former radio show. He says, "These days, I am mostly in the market for Ghostface apparel, and, with a fifth movie due out in January, I'm sure to add a few new pieces to the mix." Sluice's album Le succès par le travail came out last spring. 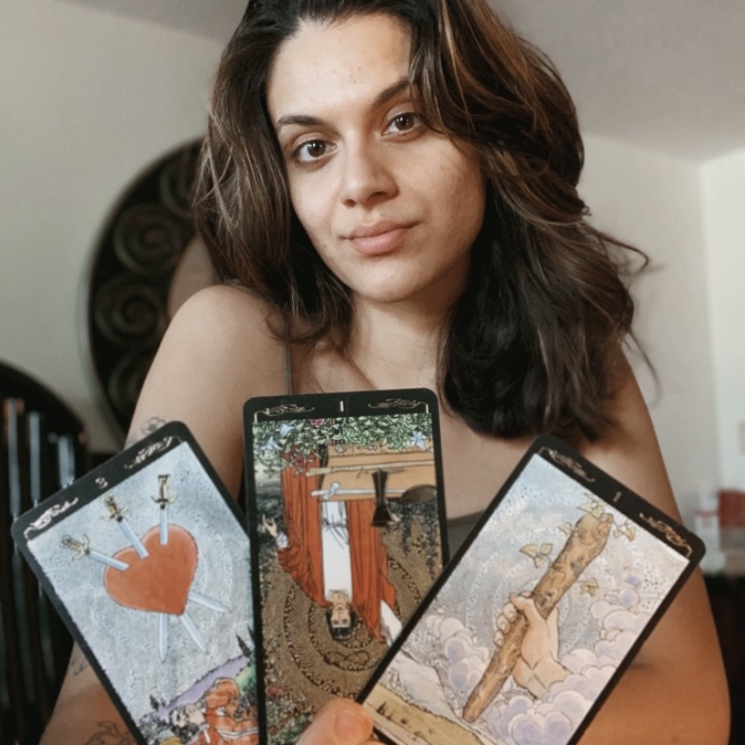 In addition to releasing the experimental jazz-pop opus Welcome to the Garden last year, Toronto saxophonist Emily Steinwall has spent pandemic lockdowns studying tarot as an extension of her interest in Jungian psychology. "Tarot, like songwriting, is all about storytelling and connecting to one's intuition through imagery and symbols," she reflects. "It is a practice that has helped me to understand the story of my own life on countless occasions."

For anyone who shares Steinwall's interest in tarot, she has drawn this three-card spread for your interpretation: the Three of Swords, the Magician in reverse and the Ace of Wands. 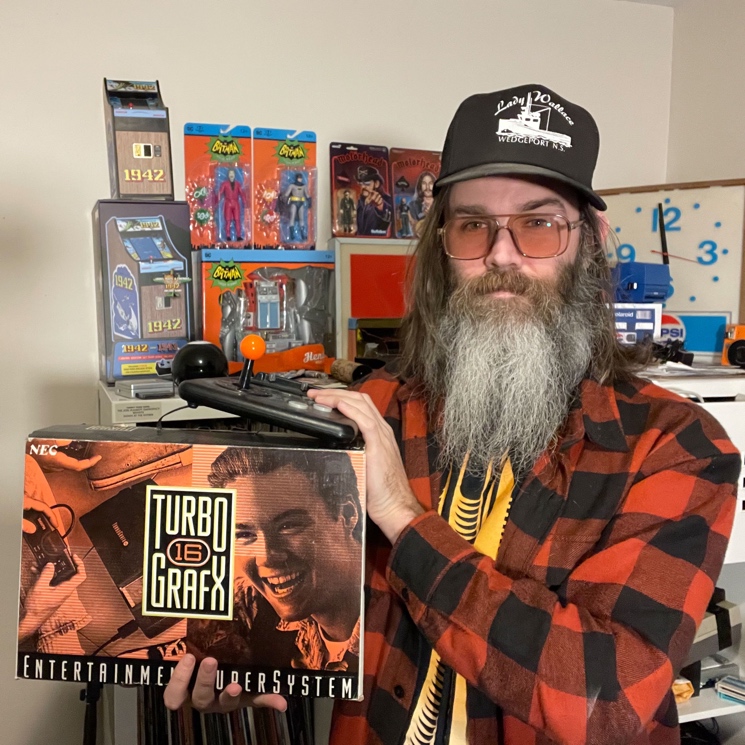 Shapeshifting Nova Scotia songwriter AA Wallace (a.k.a. Cheval) describes himself as an "off-brand kid." He tells Exclaim!, "When the schoolyard battles were over which was superior, the Super Nintendo or the Sega Genesis, I was the dude with the TurboGrafx-16." He lost his original console years ago in a move, but picked up this replacement on Kijiji. In addition to TG-16, he loves a range of games and consoles from the 8-bit and 16-bit eras, and he can sometimes be found streaming them via his Twitch channel.