Exclaim!'s 7 Most Disappointing Movies of 2015

By Exclaim! Staff
Published Jan 13, 2016
Like any other year, 2015 came with as many triumphs as disappointments. That was especially true in the world of film, where high hopes were often met with crushingly real let-downs. Whether they were movies that failed to live up to the hype or reboots that should have simply been booted, here is a list of Exclaim!'s seven most disappointing movies. 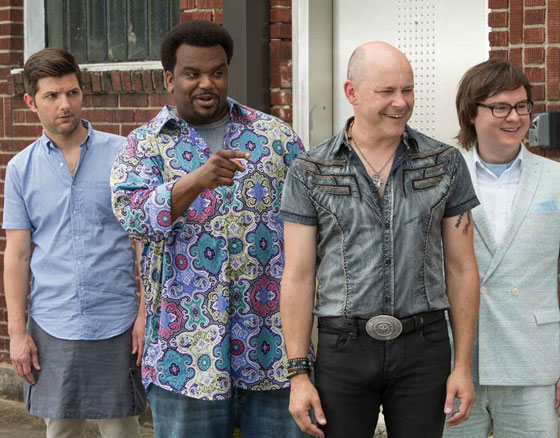 To be disappointed by a movie, generally, you have to have high hopes for it to begin with, which is why it may seem strange (and even kind of cruel) to put the spotlight on Hot Tub Time Machine 2, director Steve Pink's absolutely terrible sequel to the 2010 comedy. The cast is, after all, made up of a D-League-like squadron of comedic second-stringers. But there's something about this entirely unfunny mess of a movie that will, coincidentally, make you long for your own time travelling machine to get back the hour and 40 minutes it takes to get through this awkward and haphazard common denominator comedy. If this came out during the 2007-2008 Writers Guild of America strike, that would be one thing, but this was 2015. Movies should be funnier than this. (Paramount Pictures)
Matthew Ritchie 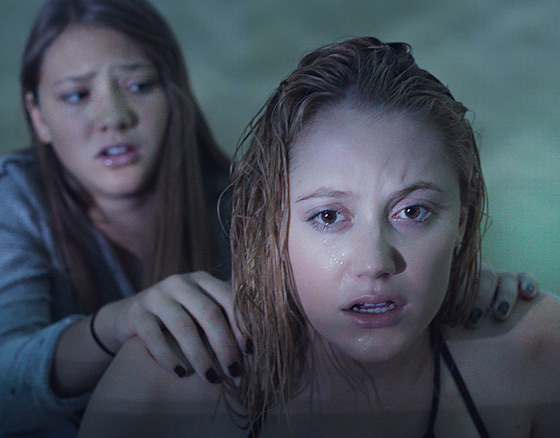 After reading dozens of reviews praising It for being a smart, creepy horror about teen girls and sexuality, I went into this film with high hopes. Unfortunately, it left me cold as a movie that never engaged with any of its protagonists in a deep or emotional way — a key element in a character-centric horror film. All style with little substance, It Follows seems more concerned with softly-lit close-ups of musing faces and a faux '80s retro setting that does little more than establish it as hipster-bait for nostalgia hogs. The central "It," a demonic force that follows you around until you pass it on to another person via sex, is a villain that never nails down its mythology. The film changes the rules of how it operates frequently, distractingly so, to suit a narrative that unfortunately culminates in a series of more and more embarrassingly cliched horror tropes. A disappointing end for a film that initially seemed like it was poised to break genre barriers.
Laura Di Girolamo 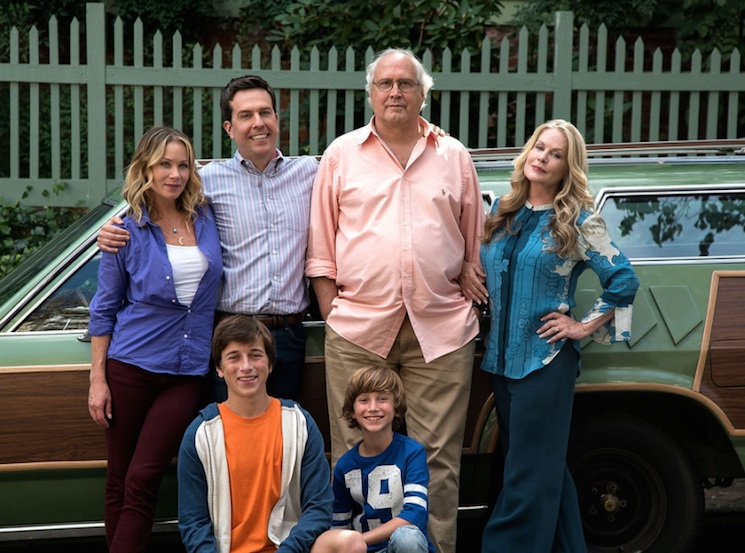 In retrospect, a reboot of the beloved National Lampoon Vacation franchise was obviously going to be terrible but there was still a glimmer of hope that screwball slapstick comedy would rightfully return to its throne as the best kind of movie humour. Unfortunately, despite its solid cast (and Chris Hemsworth's hilariously mammoth peen), Vacation was more work than play. Simply put, the movie was unfunny in every way, even when it was utilizing an eye-rolling meta tone about itself. Maybe its general shiftiness shouldn't have been a surprise after all — Vacation was helmed by John Francis Daley and Jonathan Goldstein, a duo who accidentally struck gold with Horrible Bosses and have been churning out shittier versions of that same movie ever since. The Vacation reboot was a dud, and the world of goofy comedy movies is still waiting for a hero to revive the genre.
Josiah Hughes 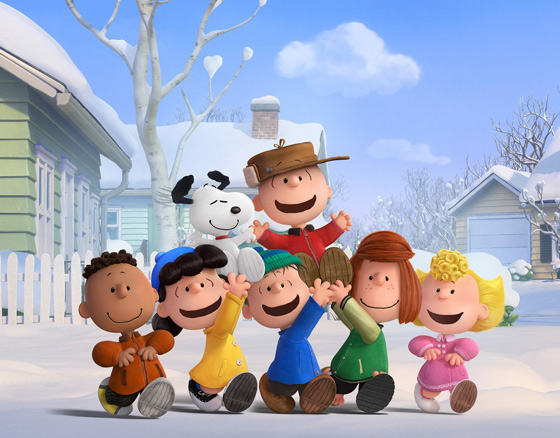 Before he started making wacky action movies like Spy, Paul Feig proved that he could reach Charles M. Schulz levels of adolescent dread with his beloved series Freaks and Geeks. Unfortunately, however, his producer credit was not enough to save The Peanuts Movie from Hallmark scmaltz and a plot so boring that it'd hardly keep the attention of a toddler let alone an adult. Making matters worse, the film boasts some of the best-looking animation we saw in 2015, perfectly pairing sleek 3-D modelling with Schulz's iconically messy art design. In other words, despite coming so close, it was another missed field goal for Charlie Brown.
Josiah Hughes 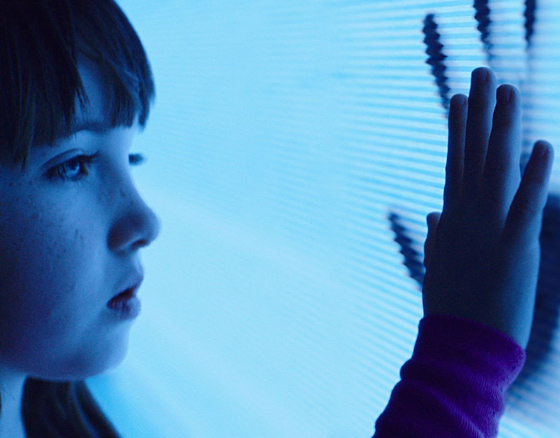 From the deepest bowels of the unnecessary remake department, the update of Poltergeist slithered out as a cautionary tale of how not to revive a beloved classic. Probably sensing that there was little wrong in the first place with Tobe Hooper's 1982 ghost story about a family that slowly learns they've moved into a haunted house, Gil Kenan's contemporary take hewed so closely to the source material that it was ultimately puzzling why anyone involved had really bothered in the first place.

Surely, someone had to realize that any deviations from Hooper's film were purely cosmetic and that audiences wouldn't be all that interested in simply seeing a specter get a modern facelift. Remember the creepy clown from the original? Now we get a whole clan of them. Or that spooky tree that lurked outside the window? It's bigger and even more sinister this time around. Plus, doesn't using a drone to explore inside a closet remove the terror of the unknown from the equation entirely?

Perhaps the biggest travesty, though, is that talented actors like Sam Rockwell, Rosemarie Dewitt and Jared Harris wasted their time and energy on a shameless rehash like this when they could have easily been enlivening something more original.
Kevin Scott 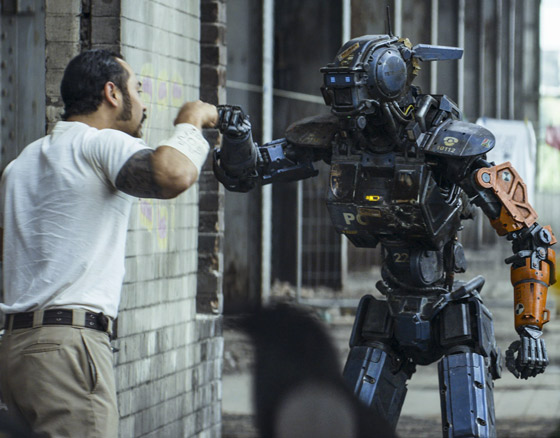 Eagerly anticipating Chappie seemed like a good idea back in the ides of March. In theory, it could've been great — the visionary dystopia of Neil Blomkamp meets Die Antwoord meets beloved '80s flick Short Circuit — but sadly Chappie can't hold a candle to the far less (but still sort of) annoying Johnny Five. Chappie is a robot designed for the autocratic police force, but is instead given an artificial heart of gold. Everyone he encounters in Johannesburg, South Africa is out to corrupt him, but poor Chappie is too pure for this world.

Being annoying is only one of Chappie's many problems, though it is definitely a big one. Worse than Chappie himself is the sad fact that he isn't even the film's most obnoxious character. The usually interesting members of Die Antwoord are far more grating than ever before as a gang of thugs who attempt to mold the instinctively non-violent killing machine into the ultimate thief, Hugh Jackman is a forgettable goof of a villain with a moron mullet, Sigourney Weaver is too stupid for her authority, and the lines all of the above are expected to deliver with a straight face are unintentionally laughable. Chappie could've been the millennial kid's Short Circuit. Instead it's deserving of a typically terse Spinal Tap two-word review: It's crappie!
Zach Gayne 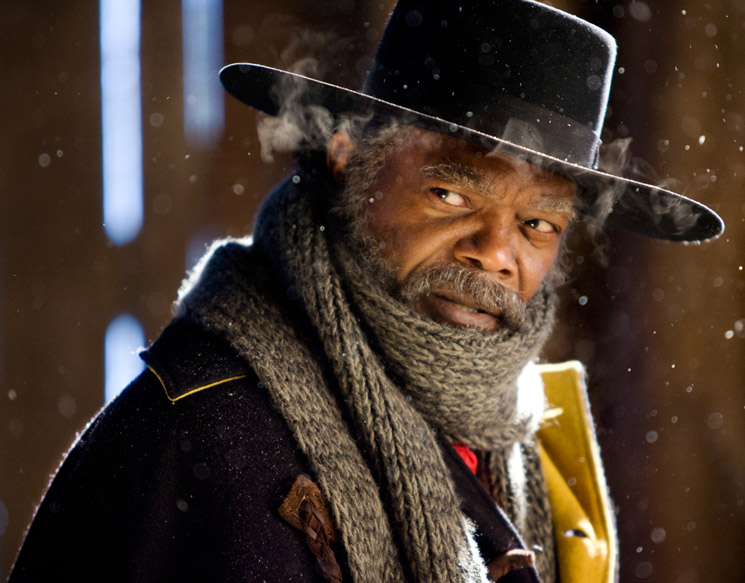 Quentin Tarantino's The Hateful Eight is the ugliest film of his career and for the first time, his genre mashup exercise feels more like homework than fun. While the film is technically well made and boasts career-best performances from some of his rep players, it fails to navigate its tonal shifts with the light touch of his previous work. Perhaps that's an intentional choice. A clunky narrative that plays out as if Sam Peckinpah met Agatha Christie, the film certainly works as a nihilistic response to his previous revisionist history epics and hits its stride as the final act descends into lunacy. This is a film focused on the rubble left over from the revolution, a film about the buzzards circling in overhead to pick up the scraps. But what makes The Hateful Eight a disappointment overall is Tarantino's weak character work this time around, his malicious batch of bandits feeling more like pawns on a chessboard than people with real motivations. The film shrugs when it should soar.
Ben Harrison