By Joe Smith-Engelhardt and Matt Bobkin
Published Oct 17, 2019
Today (October 17, 2019) marks exactly one year since cannabis was legalized in Canada, and over the past year, we've seen numerous celebrities getting on board by partnering with canna companies, endorsing CBD oil, and just generally showing their love for weed.

To commemorate the first anniversary of this momentous occasion, we wanted to celebrate the big figures in arts and culture who have foisted two leafy flags high as representatives for Canadian cannabis and the culture as a whole. Here are 11 national icons who have made their support for cannabis known, both at home and abroad. 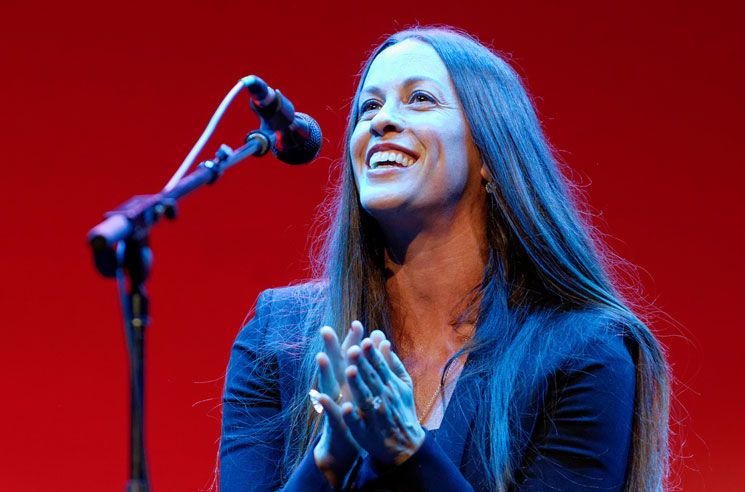 "You Oughta Know" singer Alanis Morissette has been open about her smoking habits since her 2009 interview with High Times magazine, where she became the first celebrity in the magazine's history to take a definitive stance in favour of the herb by posing in a cannabis garden, but it's been an open secret since at least 1995, when she released the song "Mary Jane" on her seminal album Jagged Little Pill.

"As an artist, there's a sweet jump-starting quality to [marijuana] for me," said Morissette to High Times. "I've often felt telepathic and receptive to inexplicable messages my whole life. I can stave those off when I'm not high. When I'm high — well, they come in and there's less of a veil, so to speak. So if ever I need some clarity... or a quantum leap in terms of writing something, it's a quick way for me to get to it." 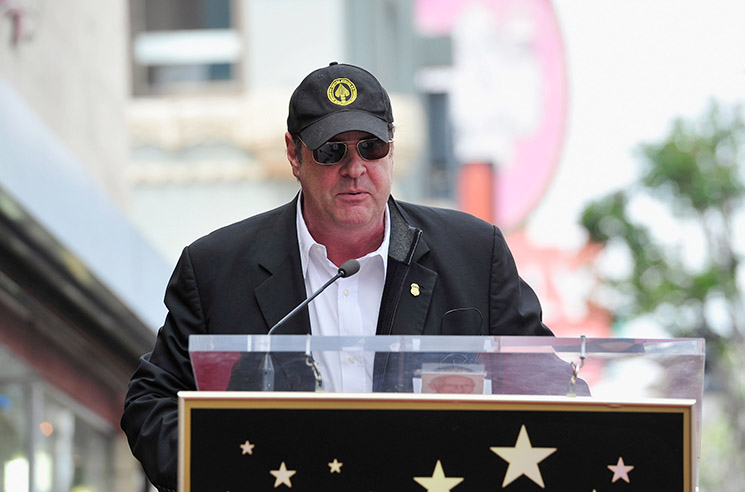 Famed SNL star and Blues Brother Dan Aykroyd has always been an open book about his drug use, but these days he's shied away from the hard stuff and instead sticks to cannabis. This year, Aykroyd has taken his musical partnership with Jim Belushi (brother of Aykroyd's late Blues Brothers partner John Belushi) to new heights with their new cannabis venture.

Jim owns and operates a farm in Oregon where the pair, along with John's widow Judy Belushi Pisano, recently announced a "Blues Brothers" cannabis brand. Aykroyd rolled up to the event in a decommissioned cop car with "City of Fairview Police" emblazoned on the side — the stunt is likely to appear in Jim's reality TV show about the cannabis farm, Building Belushi. 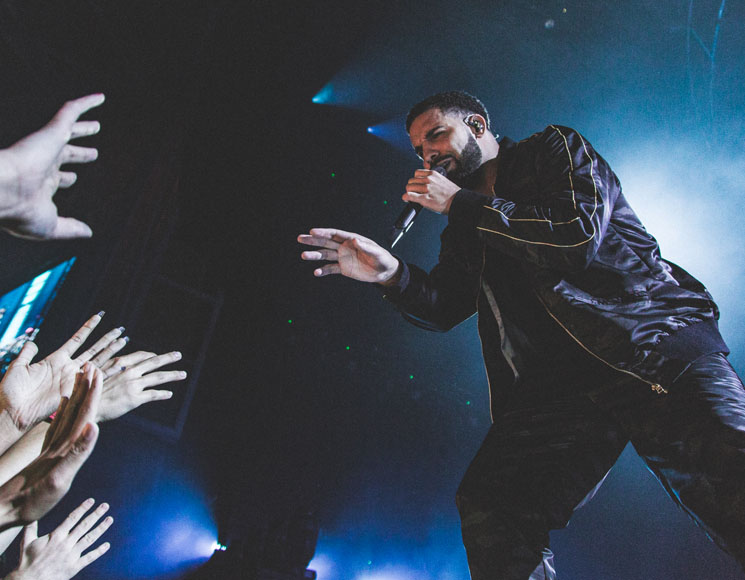 It's no secret that Drake's lyrics are filled with references to reefer, but not everyone is convinced of Drake's pot habit. In 2017, Vice published a thinkpiece claiming that "Drake doesn't know how to smoke weed at all," and that the false allegations "might be the biggest conspiracy in the history of rap," coming shortly after the rapper cancelled a show in Amsterdam because he allegedly "smoke too much weed backstage and threw up."

Regardless, Drake's career has never been too hampered by his low weed tolerance. In a 2014 interview with Jimmy Fallon, Drake revealed that he was stoned during his first audition for Degrassi. He told Fallon, "I started really getting paranoid. I thought I'd ruined my whole life, I was splashing water on my face constantly, it was like a Clearasil commercial. I showed up to the audition and got just a little less paranoid, and did what I could. I was devastated, and couldn't tell my mom, but I ended up getting a call back and getting the role." 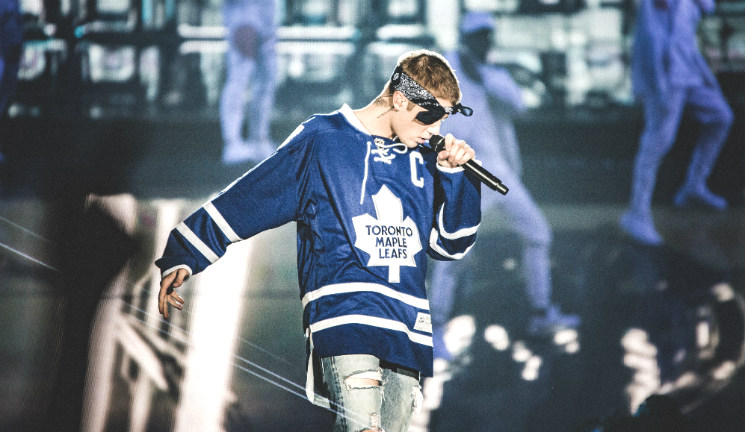 Justin Bieber has caught a lot of flack over the years for various reasons, but his weed smoking is something he tries to keep somewhat under the radar these days. Back in 2014, he notoriously pissed off a flight crew by excessively toking up on the way to the Super Bowl with his entourage. Since then though, he's embraced his religious side and toned things down.

The pop megastar told Vice in 2015 that fans will "never see me smoking. Because that is not who I am. If it's something I do then it's something I do, but it's not who I am and what I want to put on blast for the world to see. Like, who's Snoop Dogg? That's the dude who smokes a lot of weed. That's become his identity almost. And I don't want my identity to be anything but who I am and what my music is portraying me to be."

Although most people know her as having portrayed Kathleen Mead on Degrassi, Rebecca Haines-Saah has become one of Canada's leading voices in academic research on cannabis and was a huge proponent for legalization in Alberta. She went from playing a teen experimenting with drugs and dealing with anorexia to researching youth substance use and mental health at the University of Calgary, constantly arguing that convicting cannabis users created more harm than the drug did on its own.

She told CBC in 2018 that her research reflects a number of aspects of her experience on Degrassi as she sees similarities in her character's difficult home life to those of many young Canadians. "It's that approach to engaging youth voices and putting youth stories at the centre, that really shapes my work," says Haines-Saah. "That's really a Degrassi-style approach to storytelling and to thinking youth have something valuable to say. If we want to help youth in any way, we need to talk to them and understand how they see the world, not our adult-centric perspective on life." 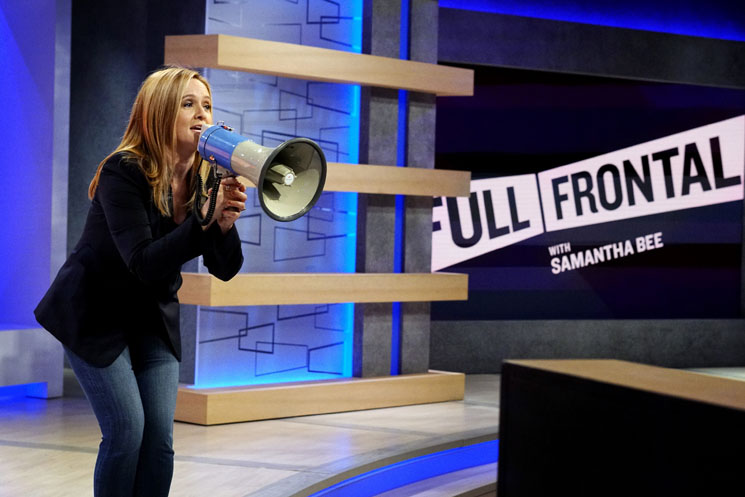 Toronto-born comedian and Full Frontal host Samantha Bee has been a big name in the United States since first joining the cast of The Daily Show with Jon Stewart in 2003. In recent years, she's been fighting the good fight south of the border as a high-profile advocate for expanded access to medically-prescribed cannabis, particularly for army veterans dealing with PTSD. She even rallied her viewers to join her #ReeferSanity Army and lobby then-U.S. Attorney General Jeff Sessions to relax restrictions on medicinal cannabis.

Though the campaign was stymied by Sessions' resignation several months later, the campaign was successful in raising awareness of the benefits of medicinal cannabis. It's still unclear whether or not Bee partakes herself, but her efforts south of the border have been undeniably helpful. 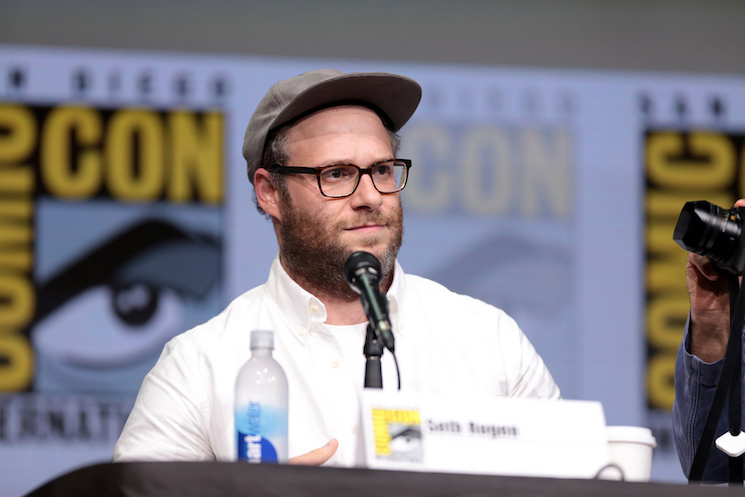 Seth Rogen has become one of Canada's most notable stoner figures through his role in films like Pineapple Express, Knocked Up and The 40-Year-Old Virgin, and he's using his position for good by joining political calls for expunging criminal records for simple pot possession.

The actor took things a step further than other cannabis icons at the beginning of 2019 by launching his own cannabis brand, Houseplant, alongside creative partner Evan Goldberg and licensed producer Canopy Growth Corp. "We could not be more passionate about this company and are dedicated to doing everything the right way. It is extremely important to us to treat cannabis with the reverence it deserves. What a time!" Rogen told the Canadian Press in an e-mail. 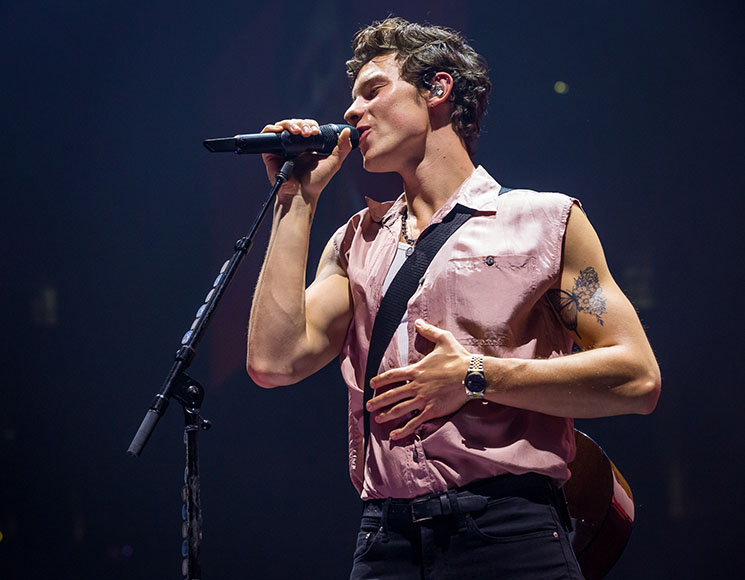 Clean-cut pop heartthrob Shawn Mendes declared "I love weed" in his 2018 Rolling Stone cover story. "I wouldn't tweet that — not yet, at least — but it's really good for me," he explained. "When I'm home, I'll smoke and then play guitar for seven hours." In the article, he admitted to spending his 20th birthday with in Amsterdam with his high school friends, where they rented a boat to explore the canals and checked out the city's weed-friendly coffee shops.

After the article was released, his teenage fans took to social media in droves to decry Mendes' declaration, claiming "This don't sound like him," and "This is horrible to read. I feel so sad for him." Though Mendes never spoke out directly about his pot-smoking habit, he addressed the hoopla by tweeting, "Of course I have my insecurities and struggles but that's just one part of me." 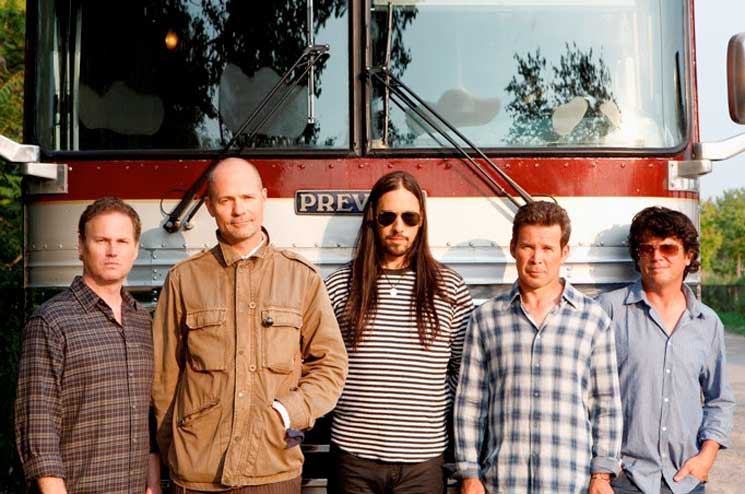 The date October 17 holds additional significance to the Tragically Hip — on that date in 2017, exactly a year before Canada legalized cannabis, the band's frontman Gord Downie died of brain cancer. Downie was a longtime advocate for medicinal marijuana — in 2008, he appeared in the film One Week, where his character, a cancer survivor,  smoked a joint while discussing cannabis's use in treating cancer patients.

The band at-large also share Downie's stance. In 2017, the Hip invested in Canadian medicinal cannabis producer Newstrike. Though an acquisition by CanniMed that would've earned the Hip millions eventually fell through, Newstrike's new brand Up Cannabis named five strains after Hip songs to ensure the band's pot-friendly legacy lived on, and Newstrike was eventually acquired by HEXO in May 2019. 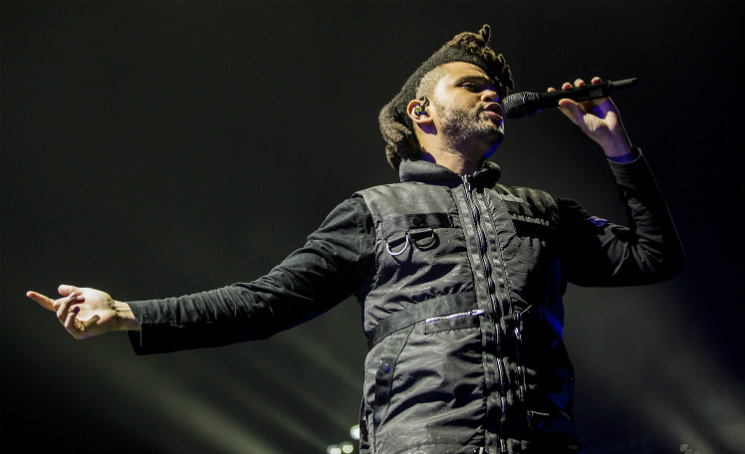 The Weeknd has sang about a lot of drugs across his career, whether it's MDMA, codeine, cocaine or ketamine, so it should be no surprise that the R&B crooner born Abel Tesfaye also loves weed. The R&B crooner told The Guardian about his drug use while making his 2016 album Starboy, revealing he first tried weed at the age of 11 before moving onto psychedelics, stimulants and painkillers.

Before he shuttered his Instagram account earlier this month, you could catch him toking up on occasion. If you still want to know how the Weeknd likes to enjoy cannabis, look no further than his lyrics. He famously wrote the lines "Two puffs for the lady who be down for that / Whatever, together / Bring your own stash of the greatest, trade it / Roll a dub, burn a dub, cough a dub, taste it / Then watch us chase it," on his track "House of Balloons / Glass Table Girls," reminding everyone that while he may like mixing drugs, weed reigns supreme. 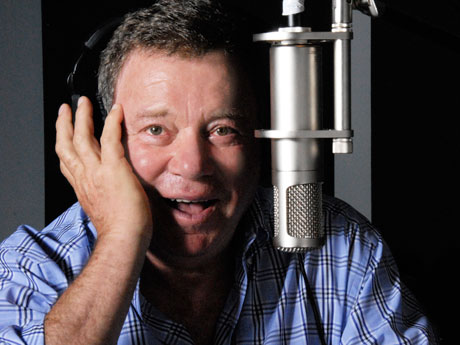 William Shatner once famously said "Without freedom of choice there is no creativity" while starring as Captain Kirk on Star Trek, but he's apparently pulled creativity from more than freedom of choice over the years. He revealed in his 2018 book Live Long and… What I Might Have Learned Along the Way that he "had some good moments with marijuana" and even tripped on magic mushrooms while he and his wife visited Amsterdam.

Although he says he hasn't smoked in years, he said in a 2014 episode of his web show Brown Bag Wine Testing that he would use cannabis again in legal settings, so we can only imagine what he's been up to while visiting his home country of Canada since legalization. "Grass will make you less attentive so you don't want to drive. If you're high you think you're having a meaningful conversation and you're not. If I had a couple days and it was legal and my wife and I, why not?"