He has pancreatitis, which doctors believe was triggered by a recent colonoscopy

By Alex Hudson
Published Jun 29, 2022
Blink-182 drummer Travis Barker has been hospitalized, and his daughter asked supporters to "send prayers."

Barker reportedly showed up at West Hills Hospital in Los Angeles on Tuesday morning (June 28) due to a health issue. From there, he was taken by ambulance to Cedars-Sinai Medical Center, TMZ reports. Paparazzi photos show Barker in a stretcher.

UPDATE (6/29, 1:00 p.m. ET): Barker is apparently in the hospital due to pancreatitis. A new report from TMZ states that doctors believe it was triggered by a recent colonoscopy.

Pancreatitis is inflammation of the pancreas. Symptoms can include pain, fever, nausea and vomiting.

The nature of his medical issue is unknown. Wife Kourtney Kardashian is with him. Yesterday, seemingly in the midst of the ordeal, Barker tweeted, "God save me." Some have interpreted this as a cry for help, although it's also the title of a song from Machine Gun Kelly's recent album, Mainstream Sellout, which Barker worked on extensively.


Barker's daughter Alabama posted an Instagram story reading, "Please send your prayers," plus an emoji with its eyes welling up.

The details and severity of Barker's medical emergency remain unknown. 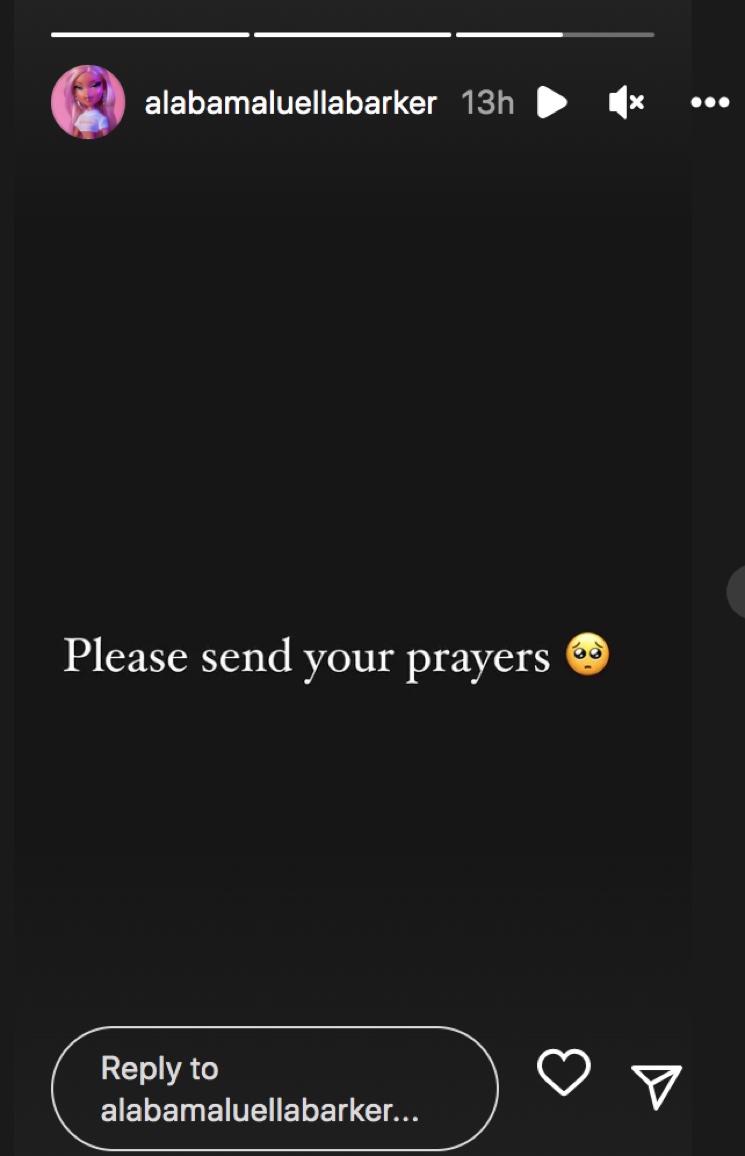