This follows news the band were practising 'Dookie'

By Brock Thiessen
Published Aug 02, 2018
Just the other day, Green Day sparked all sorts of rumours by revealing that they had been rehearsing their beloved album Dookie. And while that led many to think the band were plotting a 25th anniversary tour behind the 1994 record, the group have revealed they are also rehearsing all of their follow-up album, 1995's Insomniac.

The news this time came via bassist Mike Dirnt, who made the post below: 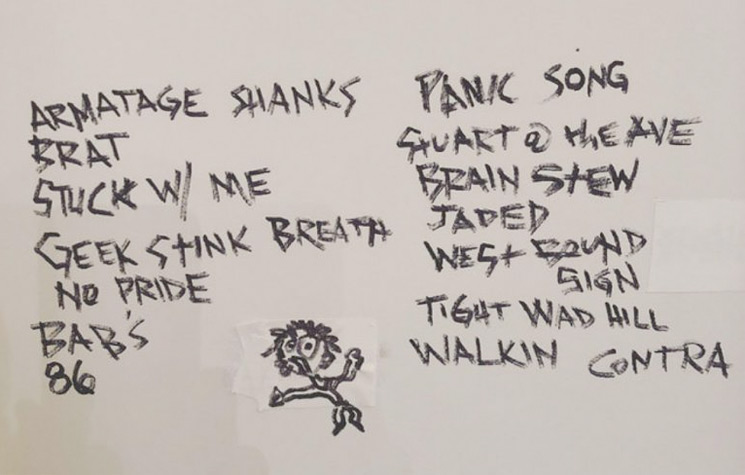 So what does this all mean? Well, your guess is as good as ours at this point. It could be Green Day are just engaging in a bit of nostalgia in the practice space. However, they also could be up to something much bigger, with some kind of full-album concerts in the works.

It's also a bit strange that the Dookie news was delivered in a very similar manner, though via Green Day drummer Tre Cool.

At this point, though, we'll all have to stay tuned.