DijahSB Introduces Us to Their Bonded Kittens

"Kobe is a lot more of a big baby and River is more of a thug," says the rapper

By Alex Hudson
Published Oct 25, 2021
So far in 2021, Toronto rapper DijahSB has brought two new releases into the world, netting a Polaris Music Prize short list nomination with Head Above the Waters and then quickly following it up with Tasty Raps Vol. 1, which Exclaim! named an "Essential New Release."

Also in 2021, DijahSB has brought two new kittens into their home. The Halloween-coloured combo of Kobe (orange) and River (black) are bonded siblings that the rapper and their partner adopted after spending a weekend with a friend's cats.

The musician shared some photos of the kitties with Exclaim! and told us all about their unique affection styles, the inspiration for their names and how they respond when Dijah's music is playing.

Tell us about your cats!

My cats are eight months old now. At first, my partner said no cats. but then we spent a weekend at my friend's place [in Montreal] who has two cats and she fell in love. That same day, I went online and found us bonded siblings, and on the way back home from Montreal we picked them up. 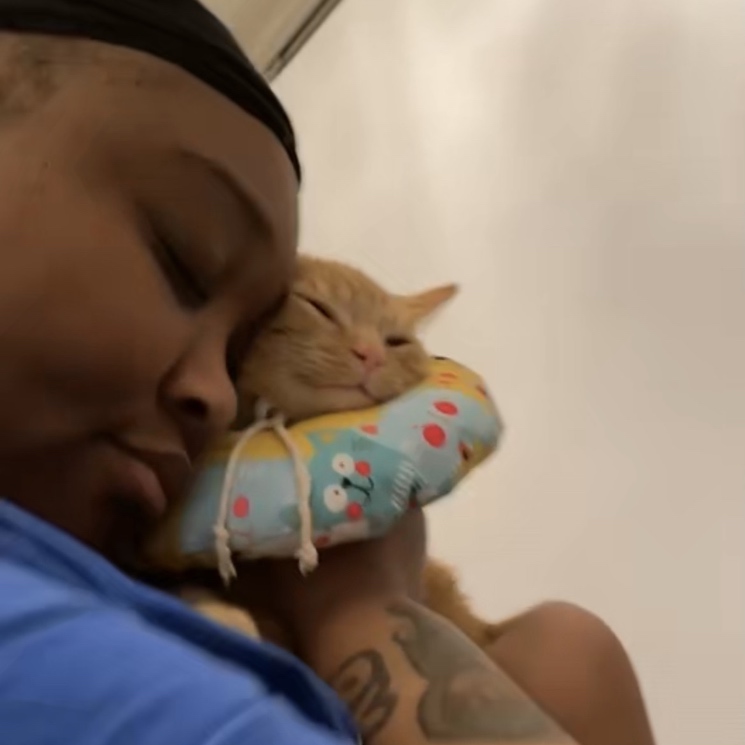 How did you pick their names?

Kobe is the orange tabby, and I named him after my favourite basketball player. River was named by my partner because, at the time, she was running around and my girlfriend said, "She's running like a river." We were like, "Hey…"

Why did you decide to get cats?

I wanted a pet as soon as I was able to because I moved out of my mom's house. I love dogs and cats, but dogs are a lot more to maintain and my apartment isn't that big, so cats were the go-to. People always say cats aren't affectionate or loving compared to dogs and that's not true. They just do their own thing and they'll come to you when ready. At least mine [do]. 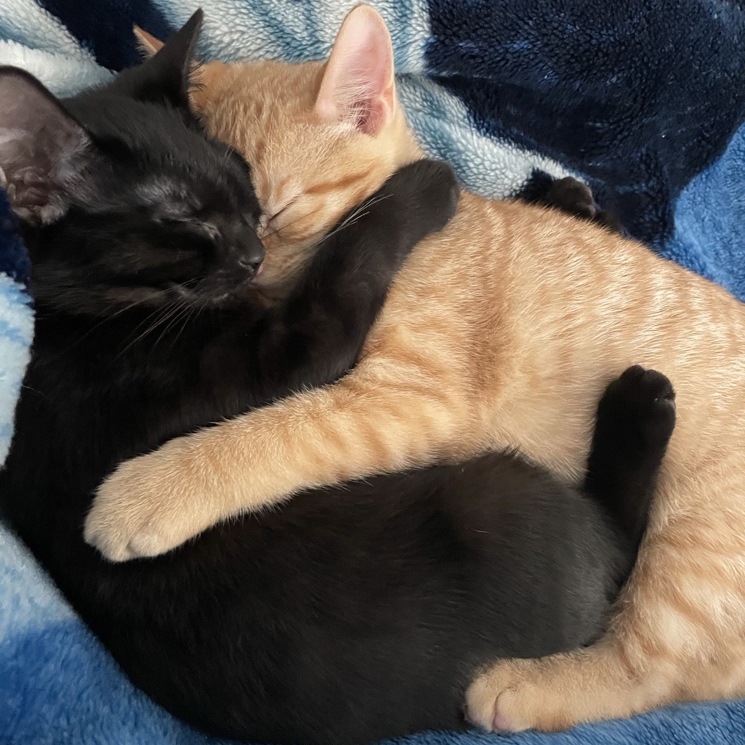 They're a bonded pair. How do they get along?

They fight all the time. Kobe is a lot more of a big baby and River is more of a thug. but River also enjoys cuddles from time to time.

Have you written any lyrics about your cats yet?

No lyrics yet! Sometimes when I'm doing Zoom meetings or calls they interrupt me and you hear them meowing and wanting attention, and when I play [my music] out loud they come rushing in.

What are you working on?

I just dropped a six-song EP called Tasty Raps. I might drop some remixes, but as far as music goes, I think I'm done releasing for the rest of the year and I'm preparing for 2022 releases. 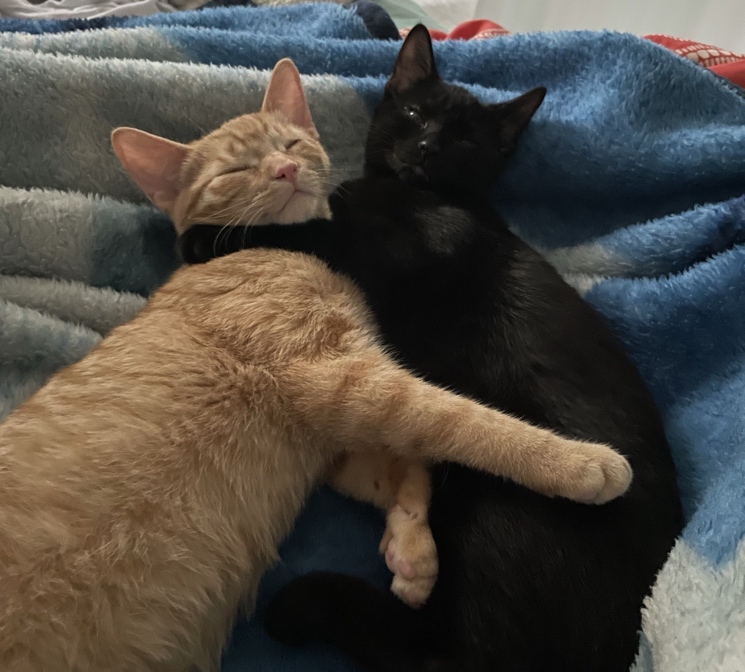 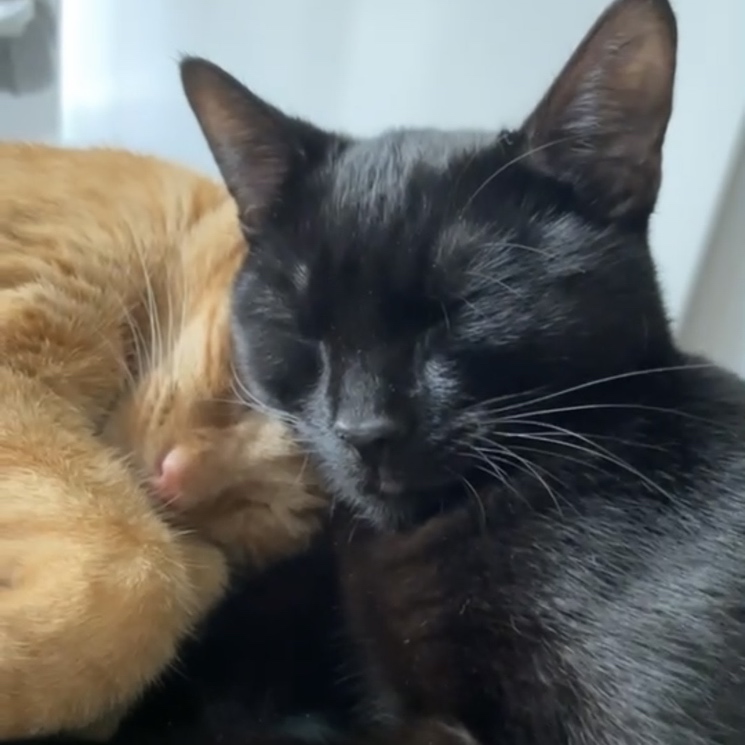 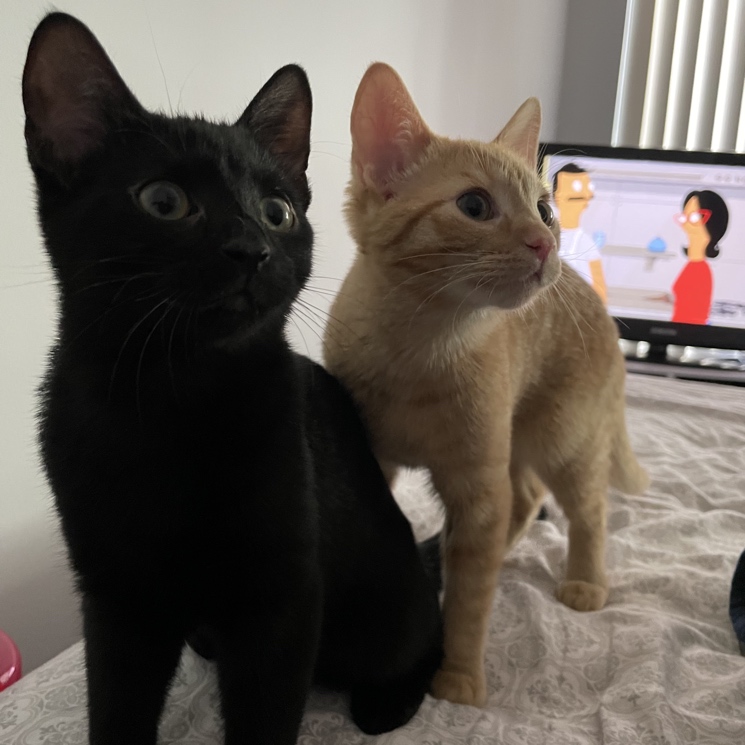