Wes Anderson's Poster for 'The French Dispatch' Is Here

And it's very Wes Anderson

By Brock Thiessen
Published Feb 11, 2020
Wes Anderson is kicking things up a notch in the lead-up to his anticipated new film The French Dispatch. And while the first trailer isn't expected out until tomorrow (February 12), we have got a beautifully illustrated movie poster, which not only features some of your favourite actors in illustrated form but looks extremely Wes Anderson.

The film "brings to life a collection of stories from the final issue of an American magazine published in a fictional 20th-century French city."

The French Dispatch follows Anderson's last film, 2018's Isle of Dogs, and it's set to arrive on July 24 via Searchlight Pictures. Of course, stay tuned for that upcoming trailer. 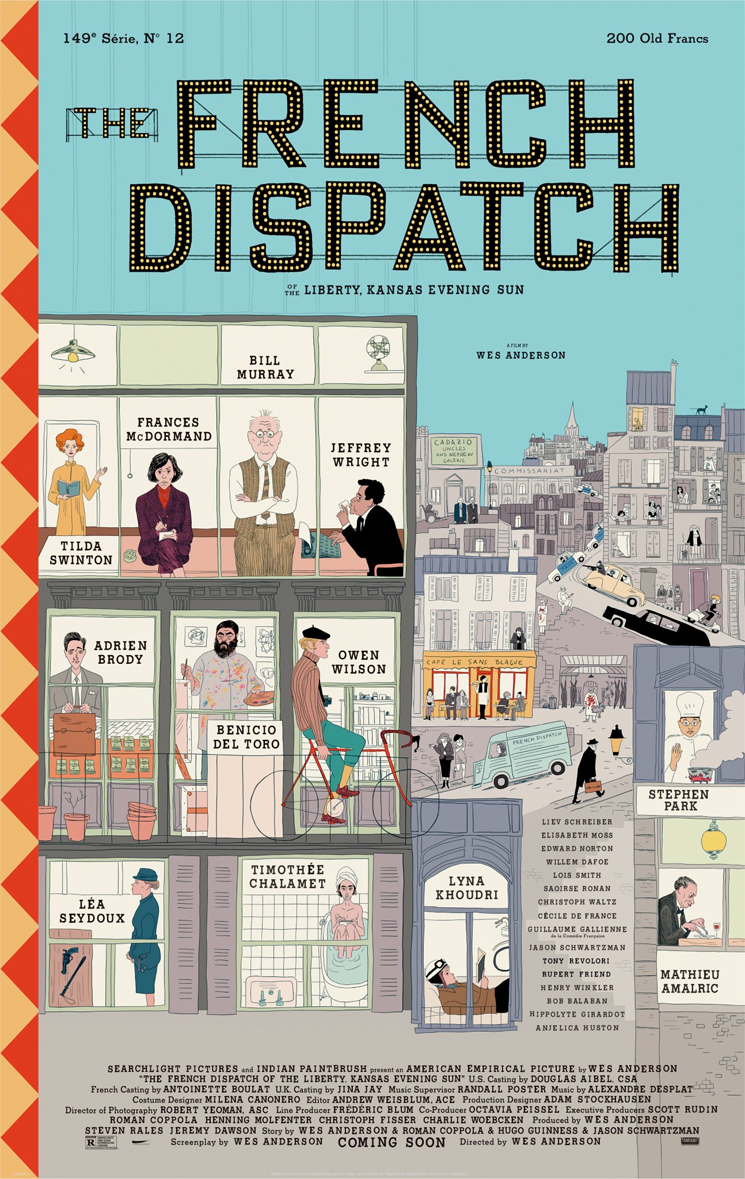