Here Are 5 Murder Mysteries That Will Terrify You

With Halloween — and 'Murder on the Orient Express' (out November 10) — right around the corner, we took a look at five famous deaths that remain unsolved

Since it was first published on January 1, 1934, Agatha Christie's detective story Murder on the Orient Express has delighted audiences the world over.

But mysterious murders and the cruel conspiracies that surround them aren't just found in novels — and some crimes can be even stranger than fiction.

With Hercule Poirot returning to the big screen in the form of 20th Century Fox's Murder on the Orient Express (starring Kenneth Branagh, Judi Dench, Johnny Depp, Josh Gad, Daisy Ridley, Penélope Cruz and many more stars) on November 10, we decided to take a peek at five unexplainable mysteries that continue to haunt history. Read on if you dare.


The Case of Richard Lancelyn Green

Widely considered the world's foremost scholar on Sir Arthur Conan Doyle, the death of Richard Lancelyn Green is, quite fittingly, the kind of story you'd expect to find in a Sherlock Holmes anthology.

After days of paranoia in which he claimed to have been followed by a mysterious American man, Green was found garrotted to death in his London flat with nothing more than a shoelace and a spoon.

Because there were no signs of forced entry into his flat, many believe Green had been planning his death for weeks, planting clues like a puzzle. However, the coroner would not rule his death a suicide.

Yet, there are some good arguments to support the theory. In an article published in the New Yorker, it was revealed that he might have been trying to implicate an American rival in the field, Jon Lellenberg — a policy strategy analyst in the office of Donald Rumsfeld, and an acclaimed author. It's a narrative that eerily echoes the plot of the late-career Holmes mystery The Problem of Thor Bridge. In it, a woman is found dead, shot in the head at point-blank range on a bridge; the evidence points to a governess her husband had been flirting with, but Holmes proves she had killed herself to frame the woman.


Henry McCabe and the Unexplainable Voicemail

One night in September 2015, a 32-year-old Minnesota native named Henry McCabe went out drinking at a club with two buddies. At the end of the night, one of his friends dropped him of at a gas station convenience store. His body was discovered in a nearby lake two months later.

Surveillance footage corroborated that he was dropped off like his friends said. (Less explainable: why they had his keys and wallet.) But things took a strange and sinister turn once this voicemail surfaced, which was recorded on his brother's answering machine moments after McCabe called his wife (who was in California at the time), screaming in pain and claiming that he'd been shot.

For those too afraid to hear the full thing, here's what you need to know: it contains unexplainable, animal-like growls; the sound of a man moaning in pain; and an unknown voice saying "Stop it" after a burst of silence. Then it cuts out.


The Impossible Murder of Julia Wallace

One of American novelist and screenwriter Raymond Chandler's favourite mysteries, the confusing death of Julia Wallace has confounded historians, experts and murder mystery buffs for decades.

In 1931, William Herbert Wallace, Julia's husband and an
insurance agent for Prudential, went to his weekly night at a local Liverpool chess club. Once there, he was notified that an "R.M. Qualtrough" had called asking for him to visit 25 Menlove Gardens East the next night at 7:30 p.m. to discuss an endowment policy for his daughter.

But here's the thing: there is no Menlove Gardens East. Herbert Wallace set off across the city the following night to find the house, bumping into a local police officer and other witnesses along the way, but never found the location.

When he returned home, he discovered his wife's lifeless body in the parlour with her head caved in. The murder weapon was never found, but that didn't stop police from arresting the husband for the crime.

Was "R.M. Qualtrough" a character Herbert Wallace created to cover his tracks (the call was traced to a phone booth only 400 yards from their house), or a cold-hearted killer lurking in the shadows of their family home? Chances are we'll never know.

Family ties prevented Angela "Geli" Raubal's mysterious death from getting the full attention it deserved; the niece of Adolf Hitler, Raubal was found dead from a supposed self-inflicted gunshot wound to the head on September 18, 1931.

Leading up to the event, Raubal had worked as Hitler's live-in housekeeper in Munich and was known to travel the country with him. (There were also rumours of an unholy affair between the two.) Reports say the pair had been fighting the night before her death after she revealed plans to travel to Vienna to get engaged.

A suicide note was never found, although Hitler's representatives claimed she had killed herself because she was nervous about one of her upcoming music recitals. (The Nazis arrested a journalist investigating the death just before his findings were published — he was later executed in Dachau.)

If all of that wasn't strange and awful enough, the gun found on the scene has long been rumoured to be the same one Hitler used to take his own life at the end of WWII.

Between 1986 and 1989, the Colonial Parkway — a scenic, 23-mile route connecting three Virginia towns — has been home to four of the grizzliest murder mysteries America has ever seen.

It started with the deaths of Cathleen Thomas and Rebecca Ann Dowski, who were discovered in a white Honda Civic with rope burns, slit necks and evidence that diesel fuel had been poured over their bodies (but failed to ignite). Once every year afterwards (up until 1989), another pair were discovered mutilated and murdered on the road or in a nearby area.

Whether it was the work of a serial killer or four separate homicides remains unclear, but the shocking tragedies, and the mystery that surrounds them, is still questioned today.


Murder on the Orient Express slips its way into theatres on November 10. 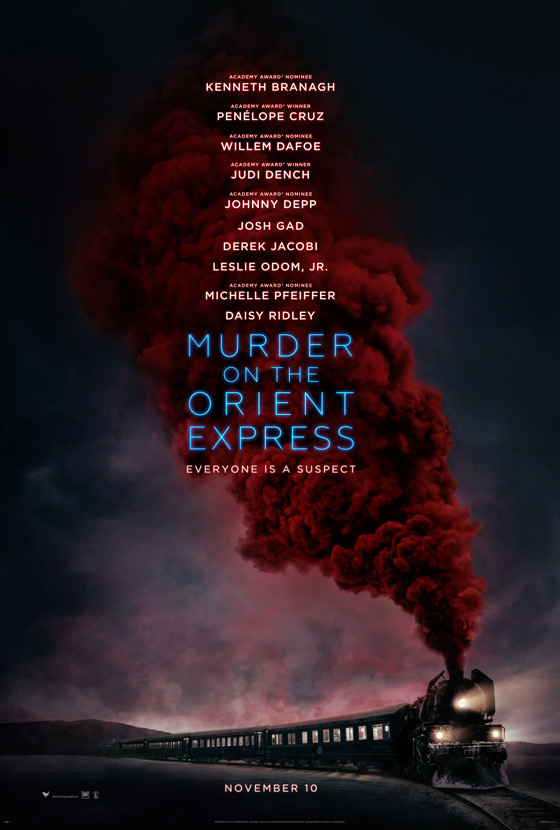