It's based on the music from last year's 'The Lion King: The Gift'

By Alex Hudson
Published Jun 28, 2020
Beyoncé has announced a new visual album. Black Is King will premiere on July 31 through Disney+.

That date is the one-year anniversary of the remake of The Lion King, which Beyoncé co-starred in. The new film is based on the music for her soundtrack album The Lion King: The Gift. According to a press release, "This visual album from Beyoncé reimagines the lessons of The Lion King for today's young kings and queens in search of their own crowns."

It's not entirely clear how much of Black Is King is new music, or if it's all from The Gift. A press release mentions previously released tracks "My Power," "Mood 4 Eva" and "Brown Skin Girl." It's unclear if the recent "Black Parade" single is part of the project (although the typeface for the single artwork is the same as the poster, so it seems likely).

The film is inspired by the voyages of Black families throughout time, as it traces a young king's ascension to the throne. The press release states, "Black Is King is an affirmation of a grand purpose, with lush visuals that celebrate Black resilience and culture. The film highlights the beauty of tradition and Black excellence." 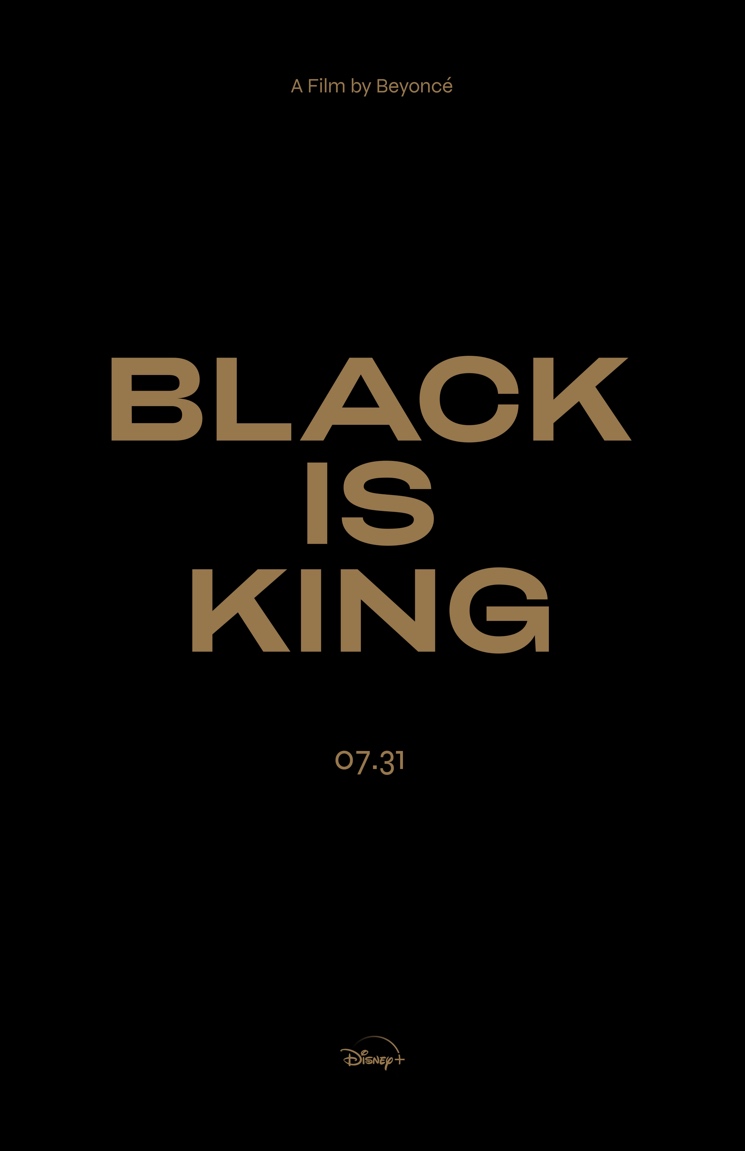