Exclaim! photographer Dana Zuk was on the scene to capture the energy in both words and photographs. Check out her synopsis and stunning snaps below.

Zuk:
The streets outside of Edmonton's Union Hall were lined with folks of all ages as they patiently awaited the metal madness that was awaiting them inside. August Burns Red's Phantom Anthem tour was a great cure for blue Monday, answering back to those mopey moods with a heavy hitting lineup of technical shreddery thanks to support acts Erra and Ocean Grove.

With an illuminated letter "U" for a banner, the lights dimmed and the anticipation reached an all-time high. Marching on stage to an outpour of shouts and shrieks, August Burns Red took to their places with no funny business, kicking things into hyper-drive immediately with "King of Sorrow." The crowd response was explosive right from the get go, especially during "Empire," as the whoa-oh-ahh's of the track seemed to erupt from every voice in the room.

Utilizing the intimacy of Union Hall, the guys often got up close and personal with their crazed fans, exchanging fist bumps and smiles through a frenzy of bodies surfing over the barricade. In a brief moment, frontman Jake Luhrs addressed the crowd with a little hockey talk. Sharing his admiration for the Boston Bruins and Edmonton Oiler players Milan Lucic and Patrick Maroon, to which he dedicated the banger "Invisible Enemy," caused a whole new level of energy to come bursting from the audience.

The packed floor of Union Hall, a constant cyclone from start to finish, amplifying even more so than thought as August Burns Red brought the night to a an end by saying goodbye to their Edmonton audience with "Composure," delivering the perfect cherry on top of the evening with those pounding break downs that will be ringing in the skulls of those who attended the show for days to come. 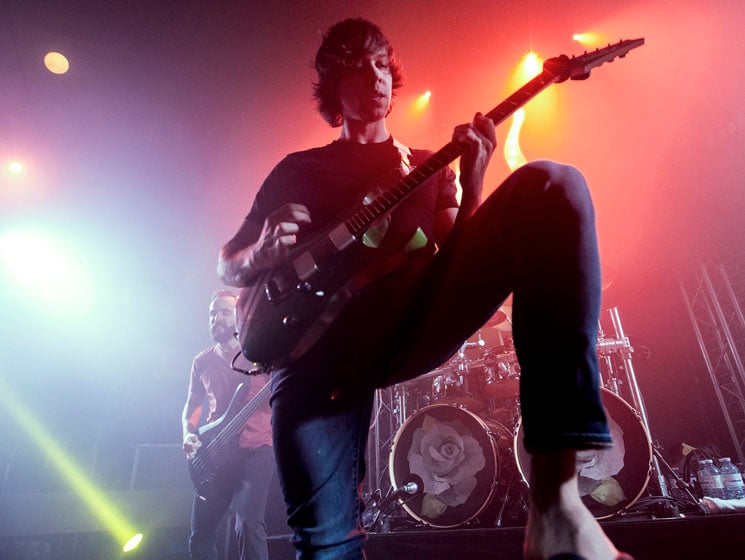 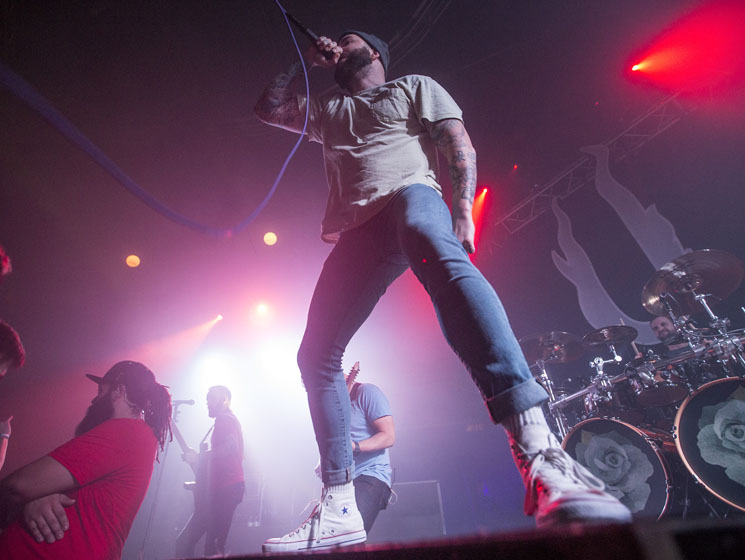 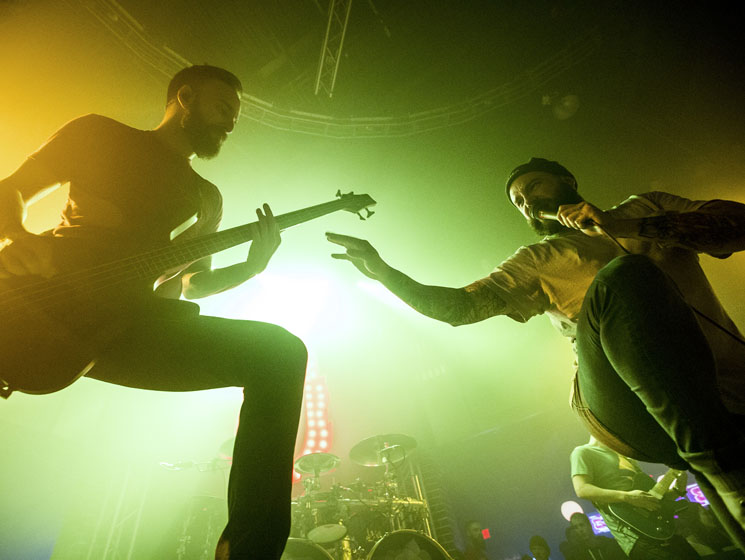 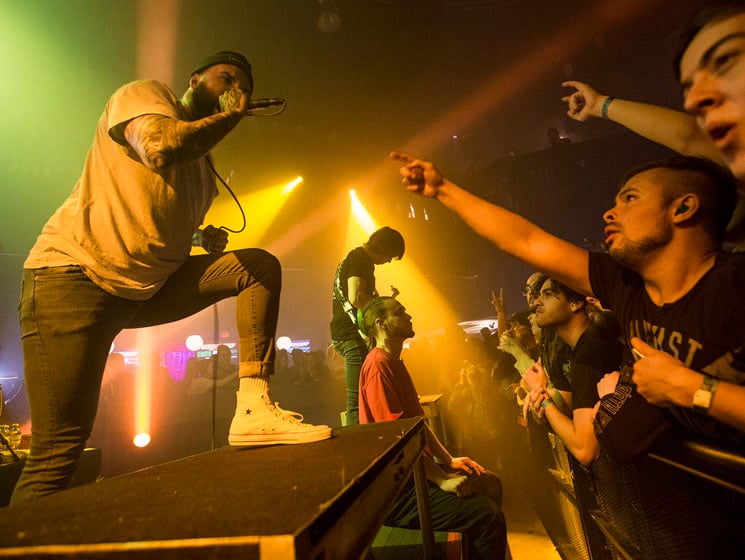