Parents Attempt to Remove St. Catharines Principal for Being an Iron Maiden Fan

A petition accused the educator of "allegiance to Satanic practices"

By Alex Hudson
Published Oct 12, 2021
Parents have attempted to remove an Ontario school principal over her love of the band Iron Maiden. After Sharon Burns, principal of St. Catharines, ON's Eden High School posted photos associated with the band on Instagram, a parent launched a Change.org petition accusing Burns of "allegiance to Satanic practices."

The petition was started by someone named Debbi Lynn, claiming to be speaking on behalf of "concerned parents with impressionable children at Eden High School." The petition continued, "We are deeply disturbed that the principal assigned to the school blatantly showed Satanic symbols and her allegiance to Satanic practices on her public social media platforms where all the students can see them under @edenprincipal (not her personal account)." The main source of controversy was a photo of Iron Maiden's mascot Eddie, which featured a hand-drawn "666." 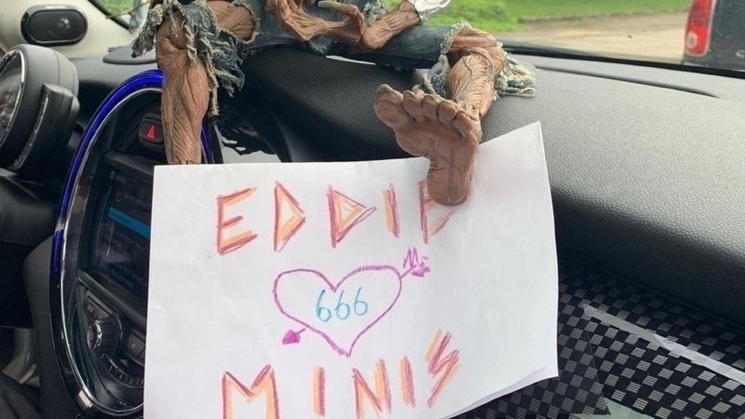 The petition, titled "Eden High School Principal, Sharon Burns, Needs to Be Transferred Immediately!" claimed that this image was "not inclusive." The statement further reads, "Please replace her with another principal who aligns with the values of the families at Eden and will not sabotage the teaching or upholding of those values and will not try to introduce impressionable students to Satanic practices or symbolism."

The petition received 553 signatures, but a counter-petition in support of Burns has received over 20,000 signatures as of this writing. That petition, titled "We need Mrs. Burns," reads, "The principal has made so many efforts to remind students that Eden is a diverse place. She has even turned a whole room into a prayer room for students who are practicing religions other than Christianity, like practicing Islam. She has made Eden a safe space for so many people. She spreads nothing but love and kindness, and is probably one of the best and most enthusiastic principals the school has ever had."

The original petition seeking Burns' removal has now been taken down. But even if the campaign to remove her from the school seems to have failed, it did succeed in one regard: Burns' Instagram is now free of any references to Iron Maiden. Her Twitter bio still reads, "Fueled by metal & ska. & chickens." Danko Jones invited her to his upcoming show in St. Catharines, and Burns appeared to accept.