By A. Harmony
Published Sep 29, 2020
Honey Jam founder Ebonnie Rowe started 2020 by crossing a big item off of her bucket list. "There was one big, spectacular thing I was able to do, and that was to give an artist the experience of going to the Grammys," says Rowe, who attended this year's ceremony with rising Toronto R&B singer BLUE WILL. "That was in January and I thought, 'Wow, if this is how the year is starting out, imagine how awesome the rest of it's going to be!' [Honey Jam] had enormous plans for this year. Then all of that just blew up."

The challenges that the COVID-19 pandemic have thrown her way haven't deterred Rowe from celebrating Honey Jam, the Toronto-based non-profit artist development program for female artists that she founded 25 years ago. "I wasn't gonna roll over for COVID. You don't get to 25 years by just rolling over. You just have to figure it out."

Rowe's can-do attitude and her ability to pivot are the foundation of the Honey Jam brand. In 1995, Rowe edited an all-female edition of Mic Check, Toronto's hip-hop focused indie magazine, and Honey Jam was supposed to be a one-off, celebratory showcase to mark the issue. But Rowe recognized a hole in the Canadian music scene that she could fill: a space where female artists could find support and have their voices heard. Since that first show at Ultrasound Showbar (now Civello Salon & Spa), Honey Jam has grown into a mentorship, education, performance and networking program with an international branch in Barbados and a star-studded list of alumnae including Melanie Fiona, Nelly Furtado, Jully Black and Haviah Mighty. "It's a sorority. It's a family. We are serving the artists, helping them to grow and giving them tools. We're giving them a stepping stone. That's the reason why we exist," explains Rowe.

Though sisterhood and familial bonds are part of what makes Honey Jam special, there's a rigor to the program that Black, who performed at the inaugural Honey Jam showcase in 1995, remembers well. "My experience with Honey Jam was, there was always a standard. Kind of like the Honey Jam/Ebonnie Rowe standard. More than a sisterhood, it was highly competitive, a healthy competition. And I think that's what made our generation really strong performers," recalls Black, who was just 17 years old and unsigned when she made her Honey Jam debut. "It's like a sport — the sport of performance. Whether it was Honey Jam or the Junos, we came hard! Everything was put together as though we were contenders." 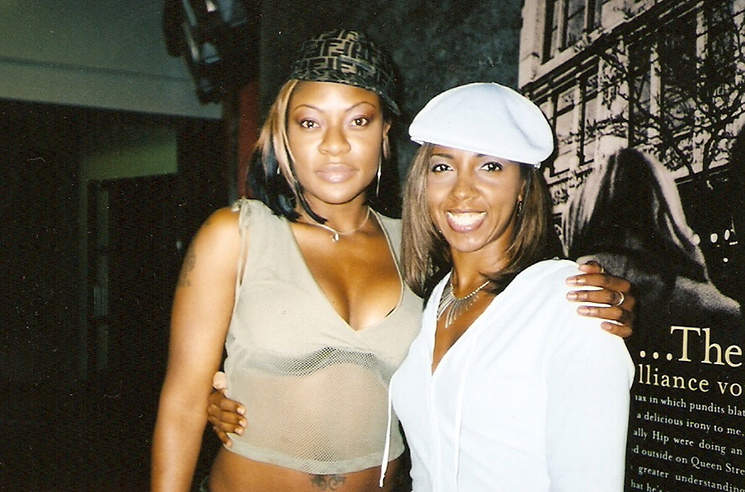 Everything that Honey Jam does is aimed at developing emerging talent into well-rounded, educated artists who can grow to advocate for themselves in an industry that isn't always fair to — or safe for — women. Past Honey Jam participants have had opportunities to attend songwriting camps, conferences and award shows, and to receive vocal training and free studio time. Some have even had the chance to perform internationally. Last year, Honey Jam brought alumna Leigh Phillips in from Barbados to perform in Canada for the first time. As the COVID-19 pandemic forced venue closures and tour cancellations, Honey Jam stepped in to help artists adapt, reaching out to and letting them know about workshops and paid opportunities they could take advantage of online.

Personal interaction is very important to Rowe, and she was able to provide some in-person experiences to this year's roster of Honey Jam artists once public health restrictions in Toronto loosened late in the summer. In August, Honey Jam hosted an artist talk with singer, actress and program alum Jordan Alexander. There was another artist talk with singer-songrwriter Serena Ryder later in the month, and a songwriting camp for this year's artists in early September. "There's nothing like being with your fellow humans; fans, having that joyous celebration, feeling the vibes, dancing, the whole thing! It cannot be duplicated. I'm glad that we held out [until restrictions lifted] and were able to give the gift of these in-person events to the artists," says Rowe. "The looks on their faces when they got to see each other? It was like Disneyland."

To cap their quarter-century anniversary celebrations, Honey Jam plans to host a livestreamed concert at the El Mocambo on October 1. Rather than present original music this year, each artist will perform a cover that honours a woman who came before them.

As for next 25 years of the program, Rowe admits that the effects of the pandemic have left her, and the artists she serves, with a lot to figure out. But, like she was when she founded the Honey Jam in 1995, Rowe is up to the challenge. "You don't just roll over when you see an obstacle. You just have to figure it out, you know?" she says. "If it's in front of you, go around it, over it, under it, or kick it down. Whatever you have to do. I'm determined."