​Frank Ocean's 'Boys Don't Cry' Zine Features a Kanye West Poem About McDonald's (and Is Going for More Than $1,000 on eBay)

By Sarah Murphy
Published Aug 22, 2016
After keeping infuriatingly quiet since the cycle for 2012's Channel Orange, Frank Ocean more than made up for his silence over the weekend, delivering a visual album titled Endless and another new album called Blonde. With the arrival of the latter, Ocean also unveiled his previously rumoured zine project Boys Don't Cry.

The magazine was handed out for free at pop-up shops in New York, Chicago, Los Angeles and London beginning Saturday evening (August 20), and some choice scumbags are already selling their copies for well over $1,000 online. Sealed packages containing the zine and a copy of Blonde are listed on eBay with pricetags that range from $385 to nearly $1,300.

Don't Pay those ridiculous prices for the mags on eBay. Just hang tight a sec..

Glimpses from the magazine have emerged online, with fans sharing noteworthy content like the list of Blonde collaborators and contributors, which includes names like the Beatles, Beyoncé, David Bowie, André 3000, Kendrick Lamar, Jamie xx, Pharrell Williams and Kanye West.

While it's still unclear if West had a hand in the musical side of things, the rapper definitely left his mark on the Boys Don't Cry zine, penning a poem about McDonald's.

Read a transcript of the poem in its entirety below, but don't blame us if you can never trust a french fry again.

Also included in the 360-page zine is an interview with Lil B, a poem by Ocean titled "Boyfriend," horoscopes and fashion photography. The CD that accompanies the publication also features a different tracklisting and artwork than the 17-song Apple Music version. See the alternate artwork and tracklist for Blonde below. 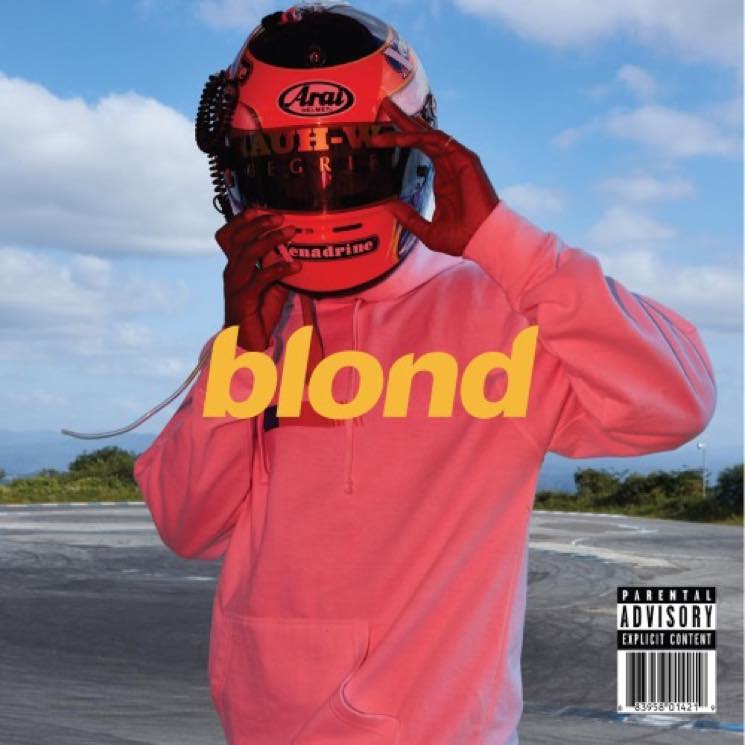