By Calum Slingerland
Published May 27, 2019
After hinting last February that the Mars Volta would "be back soon," the group's Cedric Bixler-Zavala has now offered up another hint at reunion plans.

As Consequence of Sound points out, Bixler-Zavala dropped the hint Saturday (May 25) on Twitter in a now-deleted post. Replying to a fan who wrote, "I dream with you guys giving TMV a new chapter," the frontman wrote, "It's happening."

The simple proclamation follows another now-deleted tweet from earlier in the month on May 13, when Bixler-Zavala hinted he and Omar Rodriguez-Lopez were at work in the studio. In response to a fan's tour request, he wrote, "We are in the kitchen finding new ways to through [sic] curve balls."

UPDATE (5/27, 2:30 p.m. EDT): In response to all the media attention, Bixler-Zavala emerged back on Twitter to shed more light on things, offering up the following: 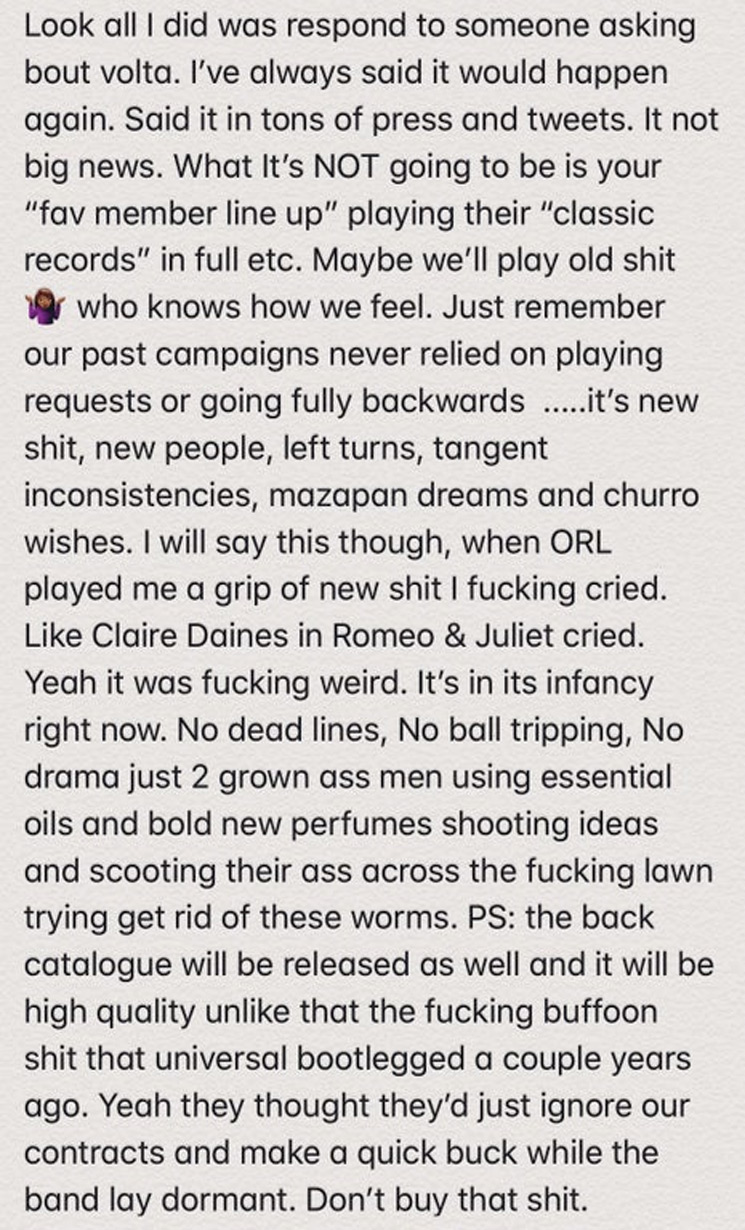 Even earlier this month, Bixler-Zavala confirmed he was in the studio with Rodriguez-Lopez, calling him "the Puerto Rican Bernie Sanders." The frontman did not indicate which of their projects they were at work on.

After splitting up as the Mars Volta in 2013, Bixler-Zavala and guitarist Omar Rodríguez-López formed a new band called Antemasque and also reunited with At the Drive-In. The latter group released a reunion album called In•ter A•li•a in 2017.

Man !!!! WTF ! I miss their bikini kill opening slot then I find out they played a wrestling event last night!?! To be fair I was in the studio working on music w the Puerto Rican Bernie Sanders. https://t.co/7pVE8vsLLw