They'll hit London, Toronto, Ottawa and Kingston with A Wilhelm Scream in March

The trio of bands will bring metalcore to Rum Runners in London on March 17, followed by a hometown show for Cancer Bats at Toronto's Phoenix Concert Theatre on March 18. Then, they'll make their way to Ottawa's Brass Monkey on March 19 and the Mansion in Kingston on March 20.

Cancer Bats' most recent album was 2018's The Spark That Moves, meanwhile Comeback Kid released Outsider in 2017. A Wilhelm Scream have been awfully quiet since 2013's Partycrasher.

We hope to see additional dates spanning more provinces in the near future... 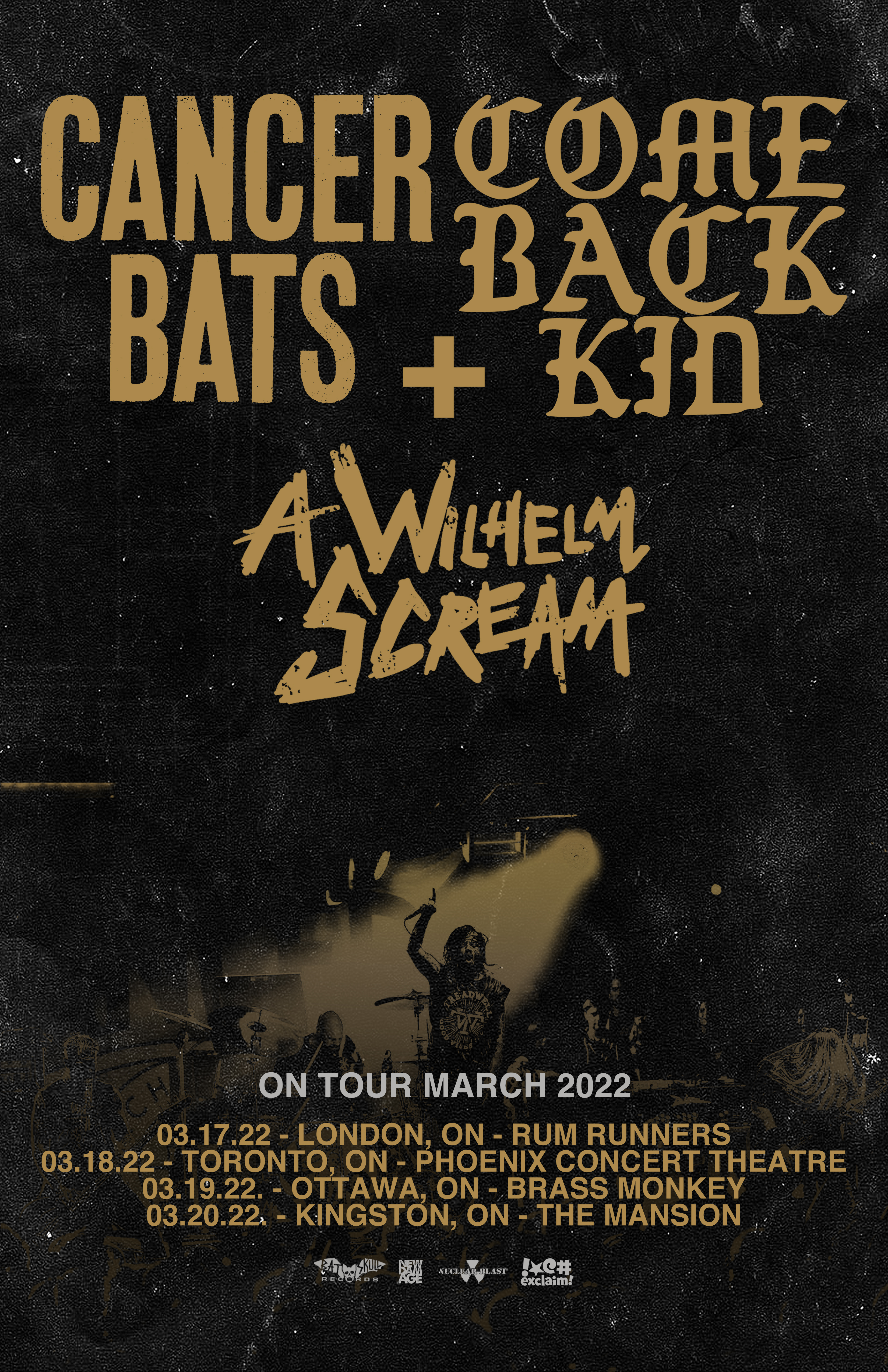