By Josiah Hughes
Published Jul 07, 2016
The world is as confusing and upsetting as ever. This week, America's institutionalized racism has come to the forefront of international conversation once again as two black men — Alton Sterling and Philando Castile — were murdered by police despite their peaceful cooperation. Both shootings were captured on video, and they've since become talking points for everyone on social media. That said, it's actress Mischa Barton who has discussed the slayings in the weirdest way possible.

Best known for playing Marissa Cooper on the hit teen dramedy The O.C., Barton expressed her deep frustrations with America's police in a heartfelt Instagram post.

Her caption was ruthless, with Barton referring to police officers as "the pigs," adding that Americans "need gun control and unity. And a real President so think about that when this election is around the corner."

She added that "The world is a precarious place right now.#stop #reflect and #act appropriately."

Weirdly, Barton paired the heartfelt caption with a photo of herself holding a wine glass and posing in a bikini on a yacht. The post has since been deleted, but you can read the full thing below. 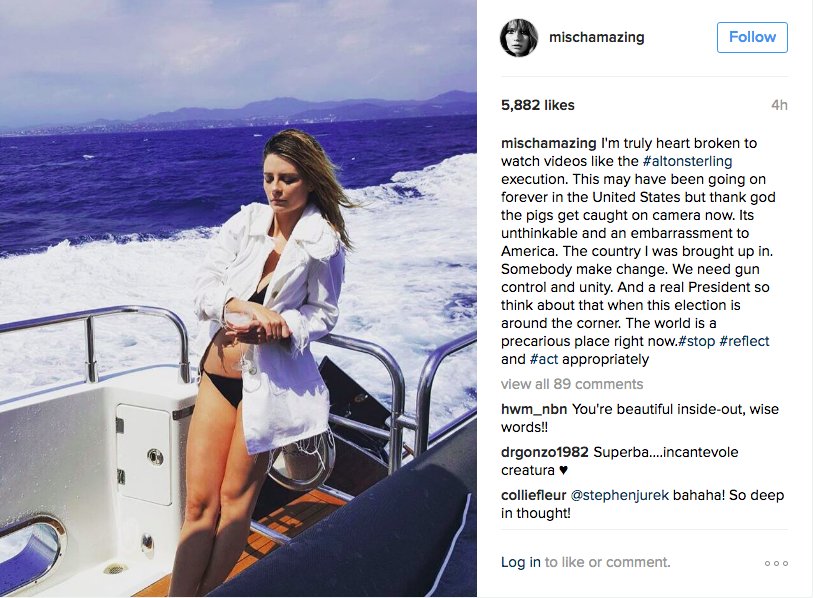