By Exclaim! Staff
Published Sep 22, 2022
With the beginning of autumn, a few things tend to fall into place like clockwork: layered outfits for chilly mornings and warm afternoons, a sudden desire for a certain spiced drink, and of course, the ever-elusive concept of the fall playlist. Sure, it's easy to pigeonhole "fall music" as the domain for folk and gloomy post-punk, but using genre alone to label an entire season's worth of albums leaves out the most important element: how it makes you feel. What music comforts the ill-fated romance of cuffing season, or the nostalgia-filled dread of going back to your hometown for the holidays? For the Exclaim! team, these hard-to-grasp emotions are evoked by vastly different music, depending on the listener.

To celebrate the first day of fall, each of us compiled a few of our favourite autumnal records — key word being few, as whittling down our choices was strenuous to say the least — and answered the eternal question: what makes an album sound like fall? 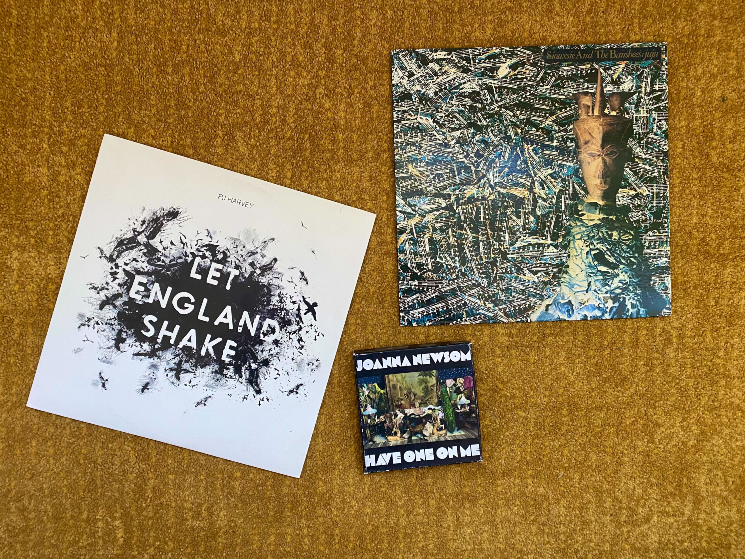 Fall has an irresolvable identity crisis. Is it about warmly-spiced seasonal beverages and brisk romanticism, the domain of cable-knit sweaters and knee-high suede boots? Or is it the season of hauntings and unease, the desiccated remains of leaves underfoot reminding us that death is always near? Perhaps the only way to grasp the truth of fall is to embrace that dichotomy — Joanna Newsom's Have One on Me for those long golden-hour evenings spent looking at a goose, and Siouxsie and the Banshee's Juju for when it curdles into night and the goose is no longer what it seemed. Or maybe you need the quiet majesty of PJ Harvey's brutal and beautiful Let England Shake before downing some Fireball and wrecking shit to Hut Hut's frenzied, joyful Hut Hut Hut. And, if all else fails, there's always EMA's timeless Past Life Martyred Saints, which somehow captures both the bone-deep gloom and cautiously hopeful possibility of this short-lived, confused little season. 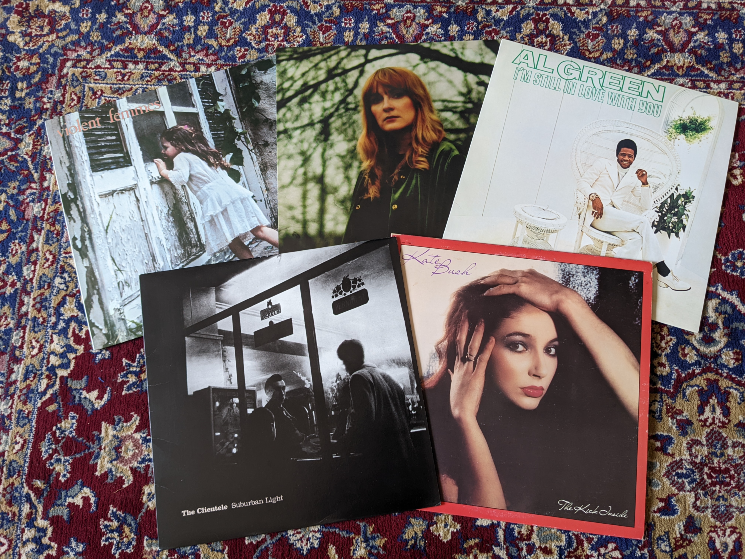 Nostalgia and fall is such a natural pairing — which is why I usually drift back to old favourites as the weather shifts. I'm reminded of my cynical high-school self waiting at a chilly bus stop with Violent Femmes's self-titled, and am haunted by late undergrad nights in Toronto apartments by Suburban Light and The Kick Inside. The sunny juxtaposition of these against Al Green's soul classic I'm Still in Love with You reminds me to take care as the days grow shorter, and of course Pinback is the perfect soundtrack for when you have to let yourself feel it all. This is all tied together by the atmospheric grip of Faith, which has me floating in my own universe unable to be tethered. With the undeniable romance of the season, I think it's natural that we might try to sentimentalize our own lives with the warmth of an autumnal soundtrack. 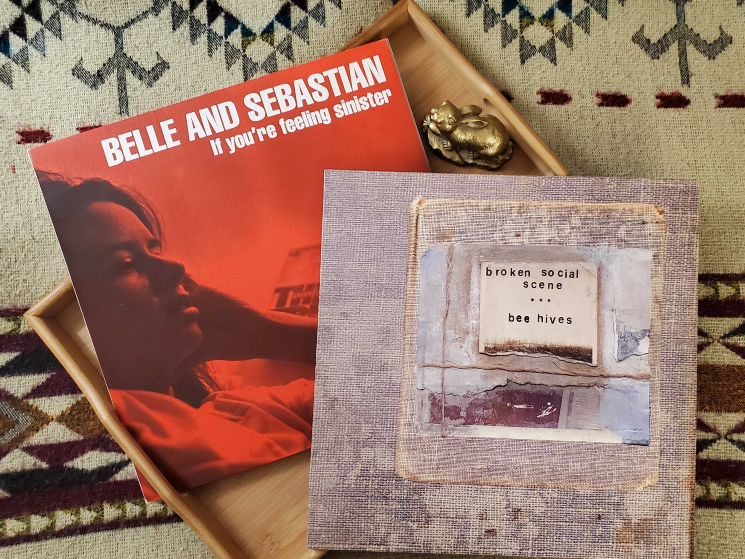 Fall means back-to-school and Halloween to me — those annual infusions of nostalgia that never seem to taper, even as I age further and further away from the season's childhood memories. Figurative growth joining hands with literal decay — so melancholy! In the months before I flip the switch on my light therapy machine to stave off seasonal depression, I like to revisit albums that remind me of time passing: a trio of high school faves — Sufjan Stevens's Michigan, Belle and Sebastian's If You're Feeling Sinister and Broken Social Scene's Bee Hives — and a pair of debut albums that bring the spooky: Orville Peck's Pony (so goth) and the ghostly three-part harmonies of Mountain Man's 2010 album Made the Harbor. For good measure, I've also included 2020's Bonny Light Horseman, the under-appreciated self-titled debut LP of Anaïs Mitchell, Eric D. Johnson (Fruit Bats, the Shins) and Josh Kaufman (the National, Hiss Golden Messenger, Josh Ritter), for the trio's dedication to honouring history through reworking folk traditionals (folk is the most autumnal genre, duh). 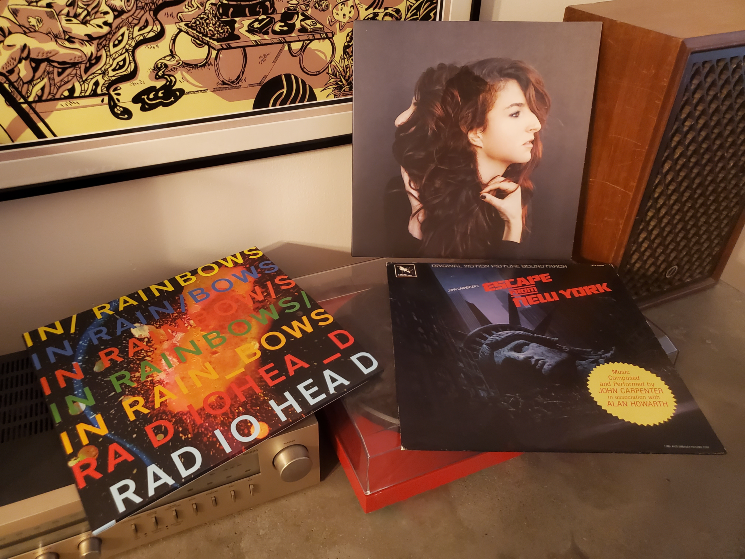 In general, fall is when I like listening to the prettiest sounding albums, with lush arrangements and organic production, unlike the hazy vibes of summer or the icy electronics of winter. The exception is John Carpenter movie soundtracks, which I tend to listen to throughout October in tandem with watching a steady stream of horror movies. What can I say — fun-sized candy bars just taste better when accompanied by the sound of the Horror Master pressing down one synth key while slowly turning the cutoff knob. 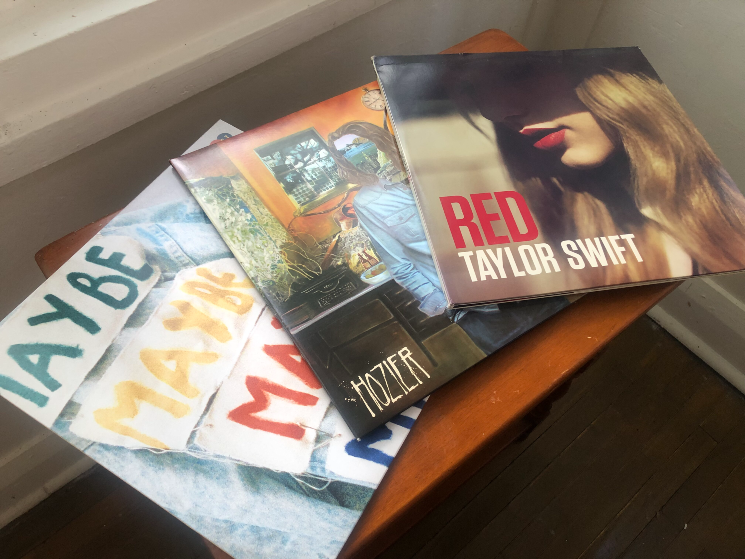 Having never properly moved on from the school year calendar, September feels more like the beginning of a new year to me than January does. The ideal fall album is, consequently, a sparkling clean slate that encapsulates the satisfying crunch of stepping on a perfectly crisp patch of fallen leaves. (You know, they say Hozier can hear it all the way from the Cliffs of Moher or wherever he hibernates — an everyman, of-the-moss-and-dirt mystique that fuels the rich, gritty blues of his self-titled debut.) It's new-year, new-me laced with nostalgia; it's a combination coming-out party and funeral. Records like the Cardigans' candlelit tapestry Long Gone Before Daylight, Taylor Swift's quintessential Red, and Valley's opalescent, collegiate main-character MAYBE balance the cinematic seasonal doldrums and existential crises — and plenty of yearning, which is integral to my very essence — with a bombastic exaltation of sheer possibility in choruses that unfold with invigorating explosions of varying degrees. Likewise, Stevie Wonder's Where I'm Coming From (because what's reinvention without remembrance of old selves shed?) melds funky joints with heartbreaking ballads like "I Never Dreamed You'd Leave in Summer," which echoes the sentiment that inevitably follows autumn's fleeting presence: why didn't you stay? 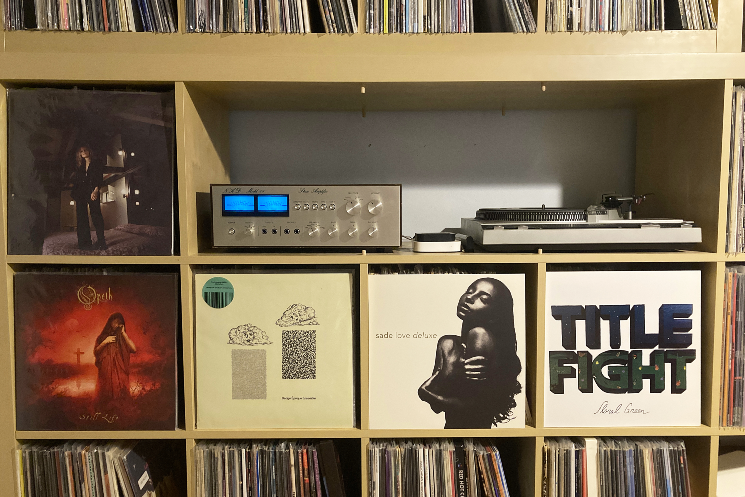 For the more peaceful moments autumn can provide, I keep Jessica Pratt's Quiet Signs and Sade's Love Deluxe close by for their respective remedial, considered sounds. At the opposite end of the spectrum are my long-time seasonal favourites Opeth, and although they wrote a song titled "Demon of the Fall" for an earlier album, it's 1999's Still Life that remains a staple accompaniment for all the seasonal death and decay. Title Fight's Floral Green is where I turn for a balance of feel and force; it's a spirited set that's been a mainstay of my fall listening rotation every year since its release, and makes me wish the band were still active. And while I only have the stunning debut pictured, any of the three full-length heavy hitters from Toronto's Badge Époque Ensemble are a perfect complement to whatever kind of leaf blowing one gets up to in these months.