By Daryl Keating
Published May 25, 2017
Slow. Things. Down. This is the motto and method of Toronto producer Cheldon Paterson, aka SlowPitchSound. Listeners of his previous releases, like Emoralis and THK SKN, will know that Paterson has a unique take on scratching, where dusty vinyl is used to create sprawling ambient scenery. This isn't a million miles away from the most recent work of Kid Koala — an artist who, along with DJ Krush, has had a big influence on Paterson — but SlowPitchSound has been honing this particular skill for years.

While Paterson's music is technically sample-based, he alters the source material to such a degree that it's virtually unrecognizable. Not that it matters much anyway: as a look around his apartment-cum-studio in Toronto's East end will tell you, Paterson's collection is full of wax that you wouldn't give a second glance in a 50-cent bin. Among the collection are treats like Hear How You Can Feel Fit All Day, by Barton Horvath, and Helmut Zacharias's Pop Goes Baroque. On the turntable sits a Reader's Digest release titled On Wings of Song. Paterson's fascination with these kinds of vinyl obscurities is a rarity in the scratch scene, and that's just the way he likes it. 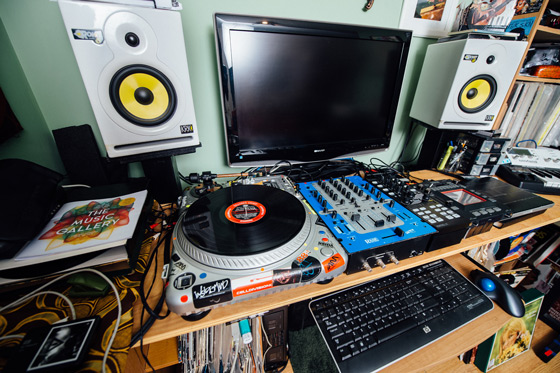 "I try not to do the typical stuff, so I don't really use soul and funk that was heavily sampled in hip-hop," Paterson says. "I actually use a lot of classical music and jazz. I find a lot of stuff in children's records too, like the break parts where there are instruments playing. And, like the name SlowPitchSound, I found that it totally opened up another dimension when I really started slowing things down. I'll reverse, decelerate, chop this piece up into oblivion; there's good material in every record — every record! You just have to figure out how to draw out the sounds you want."

With a modest setup and a pile of records from Value Village, Paterson crafts ethereal, otherworldly landscapes where you bob along in low gravity, occasionally being tugged to the side by subtle scratching this way and that. Among his equipment lies one trusty 14-year-old Vestax PDX-2000 turntable, a Rane mixer, a Traktor X1 controller, a KP3 Kaoss Pad, and an outdated computer program called ACID Pro. In recent years, however, the addition of a simple Yamaha Pocketrak W24 portable recorder has been an integral part of Paterson's process. 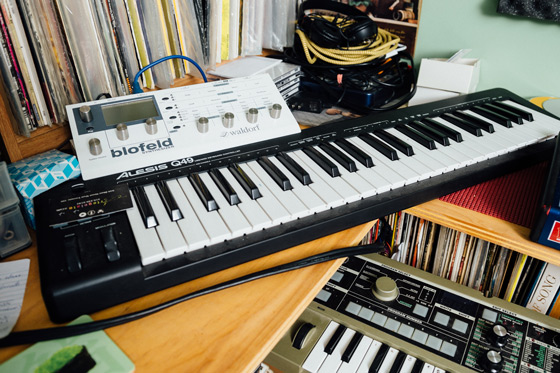 "With technology today, you can actually record things and still use the turntable as a way to manipulate them," Paterson explains. "So, I can go out, field-record a passing car and then scratch over it. I always have [a recorder] on me, so if I'm walking late at night, I might crunch some leaves or just hold the mic down to something moving. I can then use those samples to make percussive patterns. I don't sample drum loops. I programme all the drums myself; everything is from scratch."

Often accompanying the Yamaha on these midnight walks (underneath a coat so as not to draw attention) is the SubPac M2, a wearable tactile audio system. It's essentially a backpack that delivers the subsonic frequencies of whatever music you're enjoying right onto your spine. Rigs like it have been available for rent at various festivals, where you can "feel" the music of whoever's on stage for an hour or so, and it's actually designed and developed in Toronto. For Paterson, however, the SubPac provides more than just wholesome vibratory fun. 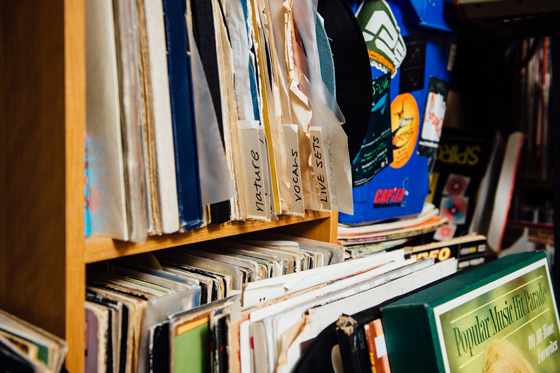 "This is actually how I mix my beats, because one of the things about having a small studio is you can't necessarily make a ton of noise," says Paterson. "But with this SubPac, I don't even need a subwoofer; I feel it here all the way down to 5 Hz, which is insane. People generally hear, like, 20 Hz usually, unless you've got super powers.

"It gives you a whole other perspective of listening to music," he continues. "What's great is that you don't even have to blast your headphones. Commonly, what happens if you produce with headphones is that you want to hear the bass but you can't, so you crank it up way too much. But with this you can leave it at a comfortable level, and control how much pressure of bass you want, too. It feels fuller without going loud." 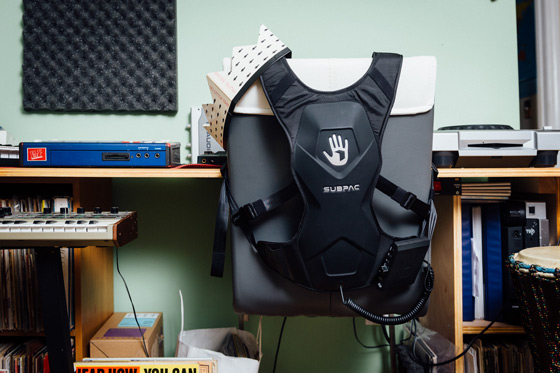 If you see a man strolling around the East end in Toronto with what looks like a backpack from the future, recording critters in the underbrush or the slamming of car doors, you might be witnessing some upcoming SlowPitchSound noises. Don't rush over though. Approach. Him. Slowly.