By Brock Thiessen
Published May 10, 2019
It's finally happened — Silver Jews' David Berman has just released his first new music in over a decade. But you're going to have to seek it out IRL if you want to hear it.

As Brooklyn Vegan points out, a poster from the Love Garden Sounds record store in Lawerence, KS, shows that Berman has purposely left the single offline, with the songwriter saying the now unconventional release strategy comes in attempts to encourage music fans to visit record shops outside of Record Store Day.

The poster reads: "The full album is still a couple months away: Until then, we've made this to bring people into your stores — so please don't sell them online. Sell them — 'They-O-A-They-O' — instead. We want people in your store on non-RSD Days too!"

You can check out some more photos of the release and its accompanying poster below. You also might want to head to your local record shop ASAP if you want to try to find a copy. 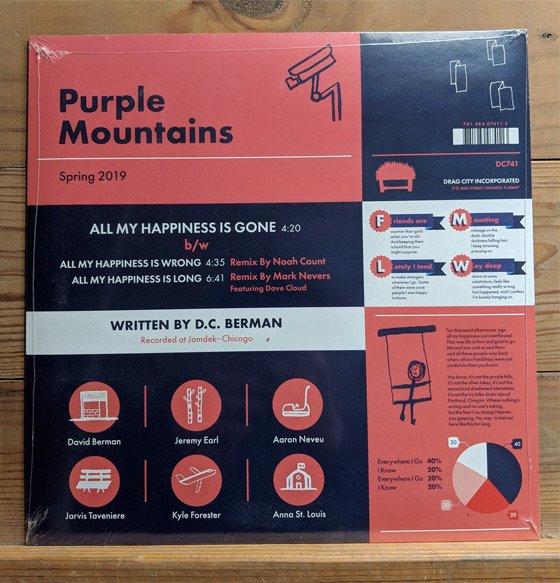 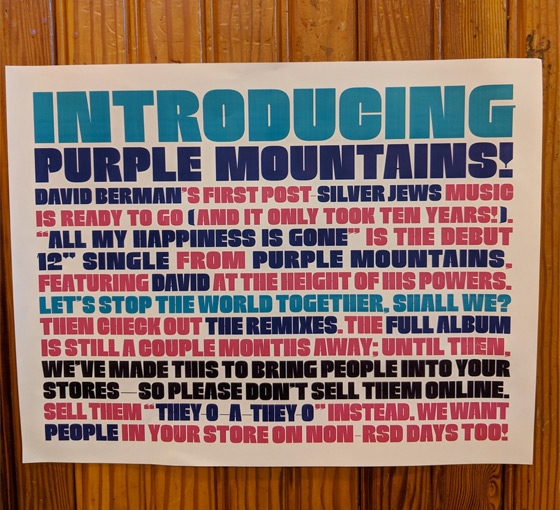 Silver Jews' last album remains 2009's Lookout Mountain Lookout Sea, but by the looks of things, we can expect a Purple Mountains album in a few months.