The event returns to the Plateau neighbourhood in February

By Haley Bentham
Published Nov 29, 2021
One of Montreal's premier winter festivals, Taverne Tour, has unveiled its first wave of talented performers for its sixth edition. Set to run from February 3 to 5, 2022, the event will feature both established and emerging artists performing throughout the city's Plateau Mont-Royal neighbourhood.

The festival will be headlined by Of Montreal, who will be performing in their namesake city for the first time since 2014. Other featured artists include recently minted Polaris Music Prize-winner Cadence Weapon, Les Hay Babies, Bria, Adam Green, Kallitechnis, Laura Niquay, Odonis Odonis and Ducks Ltd.

The festival will be sprawled across the main streets of the Plateau — the venue Le Ministère will once again act as headquarters for all the merriment, and other shows will take place in venues such as La Tulipe, La Sala Rossa, Quai des Brumes, Diving Bell Social Club, O Patro Vys, l'Escogriffe and Belmont.

Stay tuned for the second wave of performing artists, to be revealed on December 13. Tickets are available for purchase now, and visit Taverne Tour's website for further details.

See the full festival lineup below, and revisit our recap of Taverne Tour's 2020 edition. 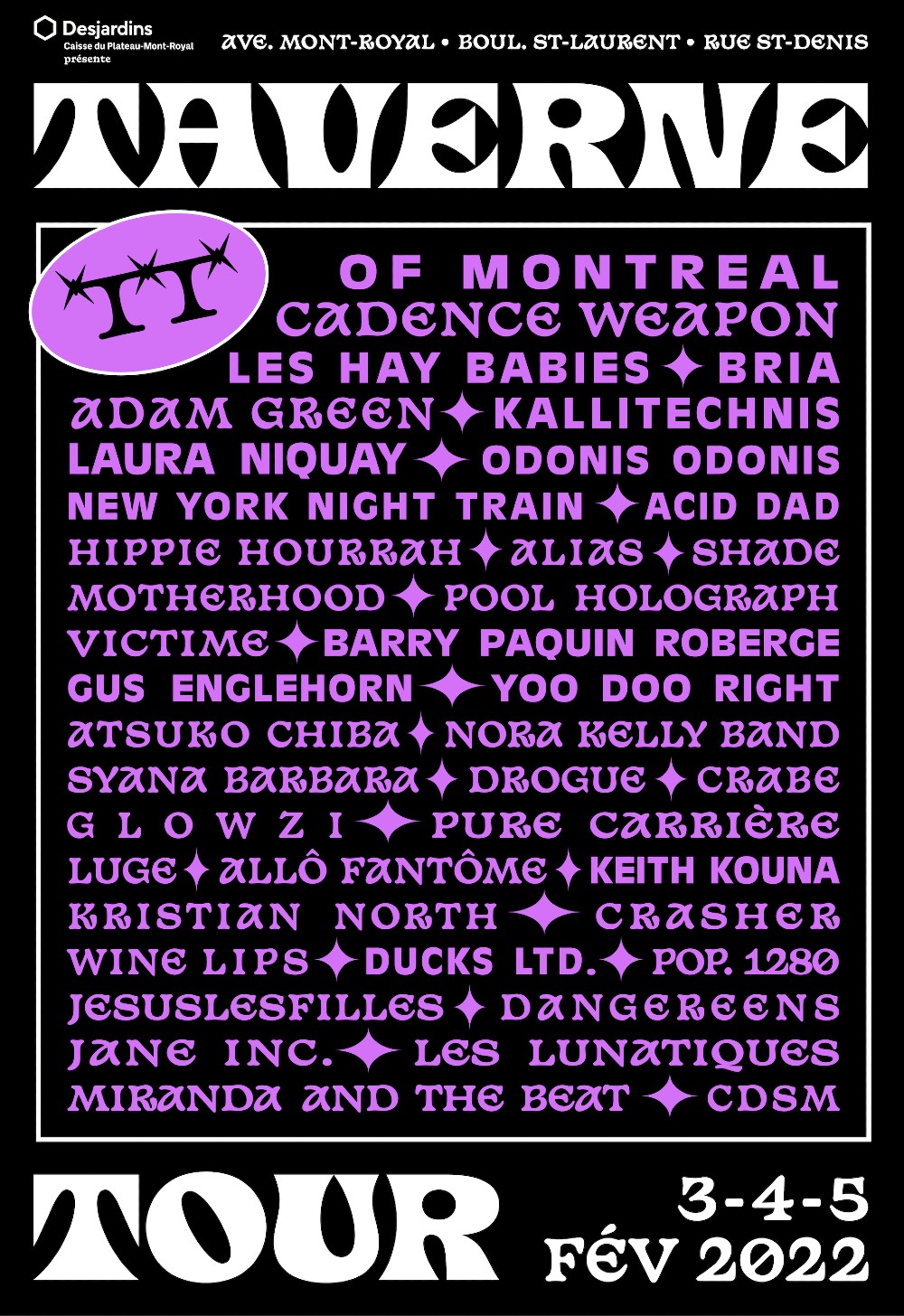