By Gregory Adams
Published May 24, 2016
Following last year's Scanners/The Brood split release, Mondo has announced that it will be exploring the relationship between Canadian body horror director David Cronenberg and film composer Howard Shore with another round of soundtrack releases. This time, the label is focusing on the sounds behind Cronenberg's Naked Lunch, Dead Ringers and Crash.

A blog post from Mondo reveals that it will once again be linking up with Howe Records to deliver the Shore scores. While each soundtrack had been released on CD in the past, these upcoming vinyl pressings mark the first time any of these have been on wax.

Up first is the score to Cronenberg's adaptation of William S. Burroughs' Naked Lunch, which goes on sale tomorrow (May 25) in honour of the film's 25th anniversary. Shore collaborated on the music with jazz great Ornette Coleman and the London Philharmonic Orchestra, with the experimental score tapping into unsettling, drug-fuelled narrative of the film.

"Naked Lunch is one of the great film scores" author Royal S. Brown said in a statement. "The whole thing, which has been recorded with exceptional depth and warmth, gives a simultaneous impression of simplicity and complexity, of harmony and dissonance, of reality and half dream, rather like Burroughs' own disturbing visions."

The jacket art, portraying the film's passed-out protagonist, William Lee (played by Peter Weller), can be seen up above. It was created by artist Rich Kelly.

As for the vinyl edition of the Dead Ringers soundtrack, it is due in June. The score to the 1987 film, about a pair of twin gynecologists (both played by Jeremy Irons), is said to be "mysterious." It's added in the press release that Shore "uses the beauty of a string orchestra to represent the sinister." The score won him a Genie Award.

The exclusive artwork, presenting the pre-born versions of main characters Elliot and Beverly, was done by Randy Ortiz. You can see it below.

Finally, set for a July release is a the vinyl version of Shore's music for Crash. Described as an "utterly audacious piece," the composer's work was crafted with six electric guitars, three orchestral harps, three woodwinds and two percussionists. Critic John Bender had described the score as "a cold and burnished metallic sound." Cronenberg's divisive, auto-erotica flick was based on a novel by J.G. Ballard and was the first of his films to premiere at Cannes.

The artwork, which you can see below, was also prepped by Rich Kelly. 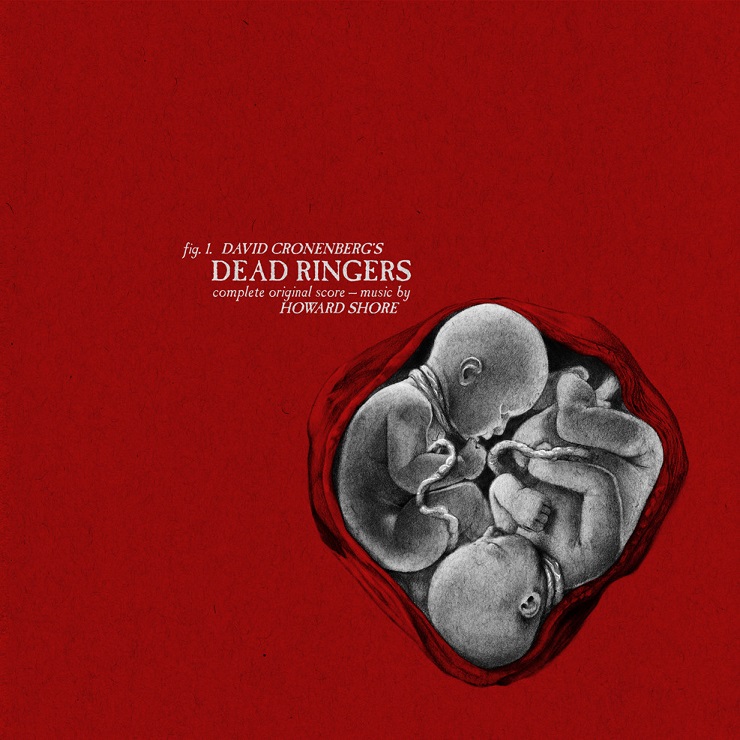 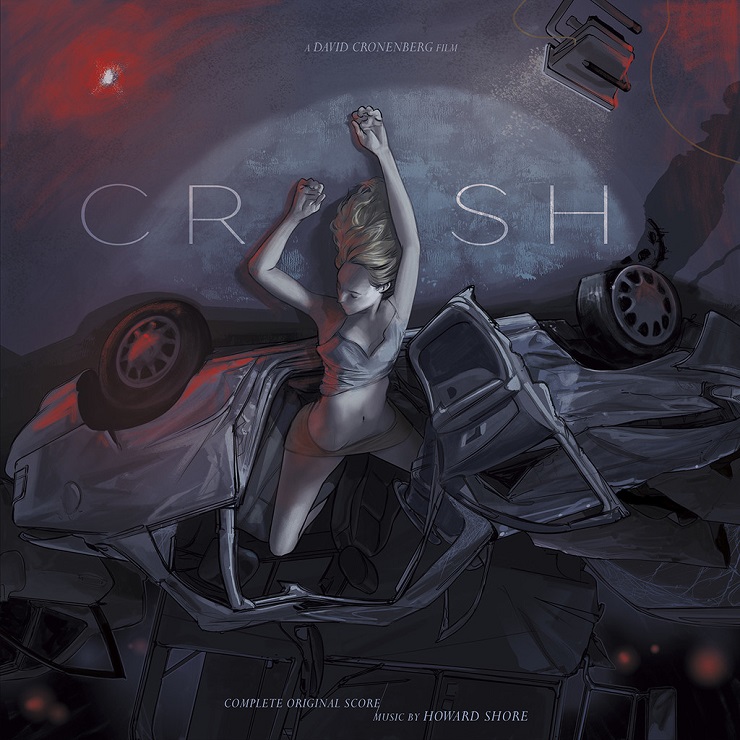 More info on the soundtracks can be found here.