By Exclaim! Staff
Published Dec 08, 2017
Ranking albums is an odd thing to do in general, but at the end of our annual rollout of genre-specific album lists for the Best of the Year — which so far this year has covered the Top 20 Pop & Rock Albums, Top 10 Soul and R&B Albums, Top 10 Metal and Hardcore Albums, Top 10 Folk and Country Albums, Top 10 Hip-Hop Albums, Top Ten Dance and Electronic Albums and the Top Ten Underrated Albums of 2017 — comes a genre that we always feel even odder about ranking: improv and avant-garde. In the musical mode that favours experimentalism more than any other, how do you judge what's "best"?

As such, our list of the best experimental albums is listed in alphabetical order, rather than ranked, below. Let the boundary-pushing begin. 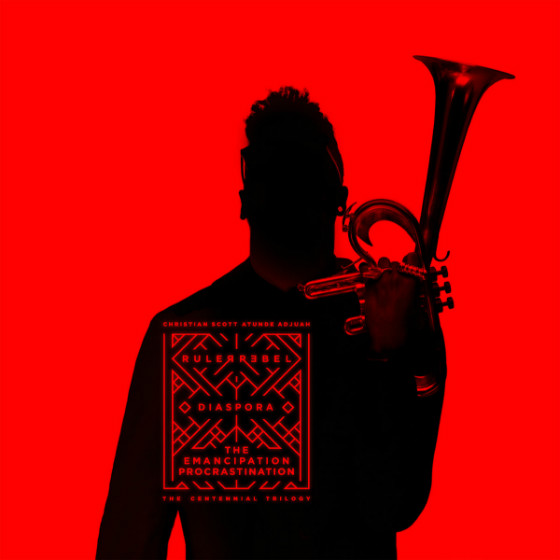 How does a musician distil over 100 years of history into an album trilogy running two-and-a-half hours? How does one draw from so many eras and genres while maintaining not only a smooth blend of sounds, but also a strong, individual identity?

Christian Scott aTunde Adjuah had a tremendous year with The Centennial Trilogy, a trio of 2017 releases (March's Ruler Rebel, June's Diaspora, and October's The Emancipation Procrastination) marking the century since the first jazz recordings in 1917. Traditional West African rhythms bump up against hip-hop styles spanning trap and boom-bap, while Scott and recurring collaborators Elena Pinderhughes and Braxton Cook lay down some of the most emotionally accessible post-bop melodies you've ever heard. There's also a cover of Radiohead's "Videotape" in there.

Scott addresses numerous issues through sound, with song titles including "Gerrymandering Game" and "Unrigging November." Conveying abstract ideas through instrumental music can be tricky, but feeling is the artist's strength here, with a prime example being the claustrophobic and oppressive percussion on "Cages."
Peter Ellman 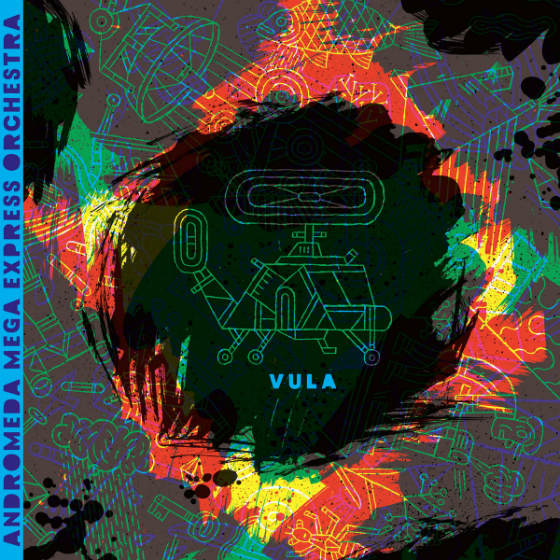 To further trace their genetic makeup, the band's '70s-indebted jazzy grooviness and subtle incorporation of modern production elements points to a kinship with Jaga Jazzist, though AMEO display an even smoother virtuosity across its membership than Norway's titans of post-rock jazz-prog. Listeners searching for ever-wider sonic universes to immerse themselves in will find one of the year's best aural expanses in Vula.
Scott A. Gray


Sarah Davachi
All My Circles Run
(Students of Decay) 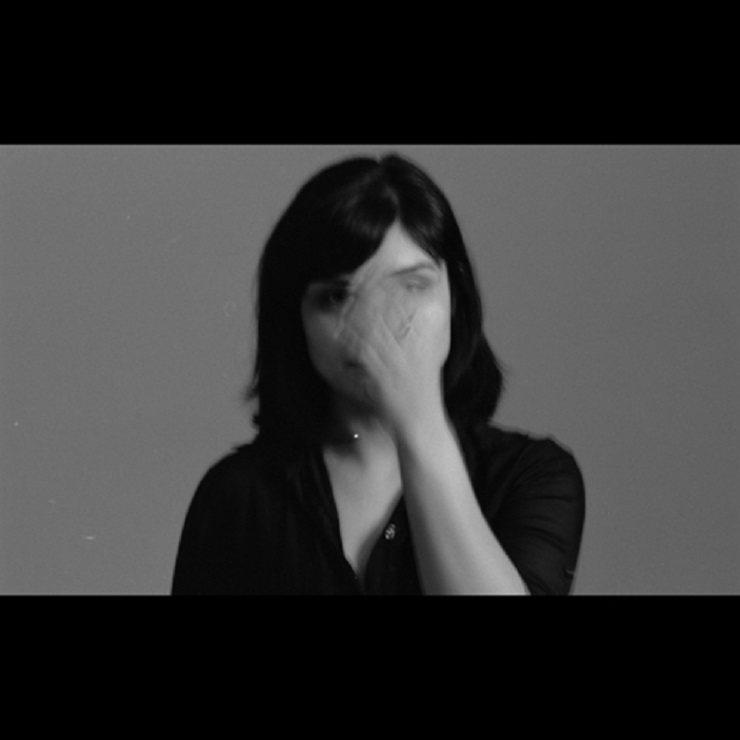 Unplugging from the synthesizers that previously coloured her work, Sarah Davachi's latest full-length gripped just the same, all glacial drones that ebb and emanate, drifting deeper inward than ever before. The tracklisting reading like a set of score instructions before a collection of titles ("For Strings"; "For Voice"; "Chanter"; "For Organ"; "For Piano"), there are no galvanizing signifiers pointing to world events or any outspoken designs beyond the intention to bring them into being and explore their permeations as they will.

These are all extended, microscoping poetries of (mostly) solitary sources, big in their smallness and blessed in their asceticism.
Tom Beedham 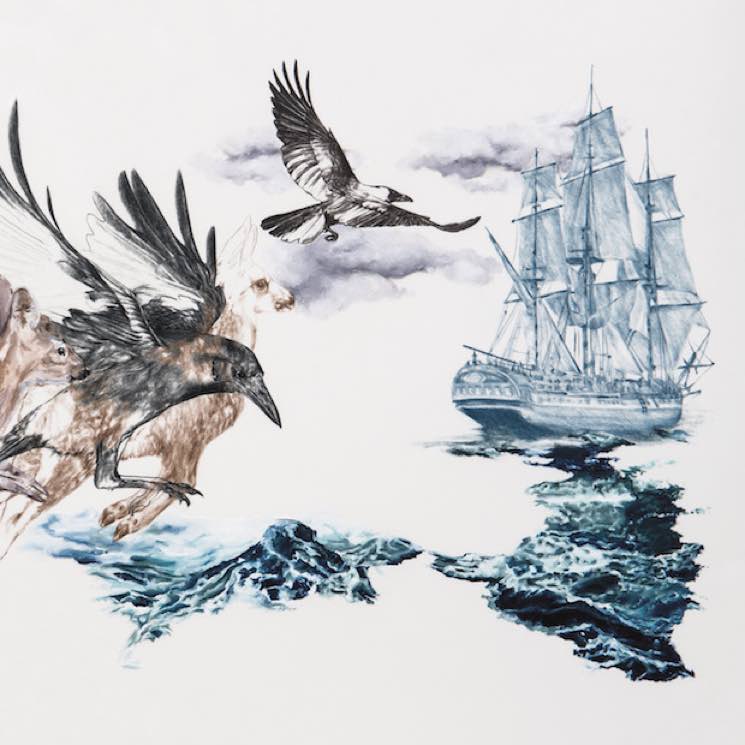 Toronto's flagship post-rock band returned this year after an eight-year hiatus, offering joy, warmth and hope when we need it most. , Do Make Say Think's enchanting new record, Stubborn Persistent Illusions, is the kind of journey that inspires and uplifts.

This record refuses to be ignorable background music and avoids genre tropes like 'twinkling' or 'icy' guitar leads and 'glacial' crescendos (even writing about post-rock involves clichés). Instead, this is warm-blooded minimalism, full of contagious movement and a wider timbral palette than many of their peers paint from. An important driving force here is the drumming duo of David Mitchell and James Payment, whose dynamic and interlocking rhythms urge these compositions forward.

The album is reportedly inspired by the idea of letting thoughts or daydreams unfurl naturally, and the instrumentals end up painting vivid landscapes that usher the listener into this dream world. The joyful ferocity that DMST let loose here is an undeniable celebration of life in all its messiness.
Peter Ellman 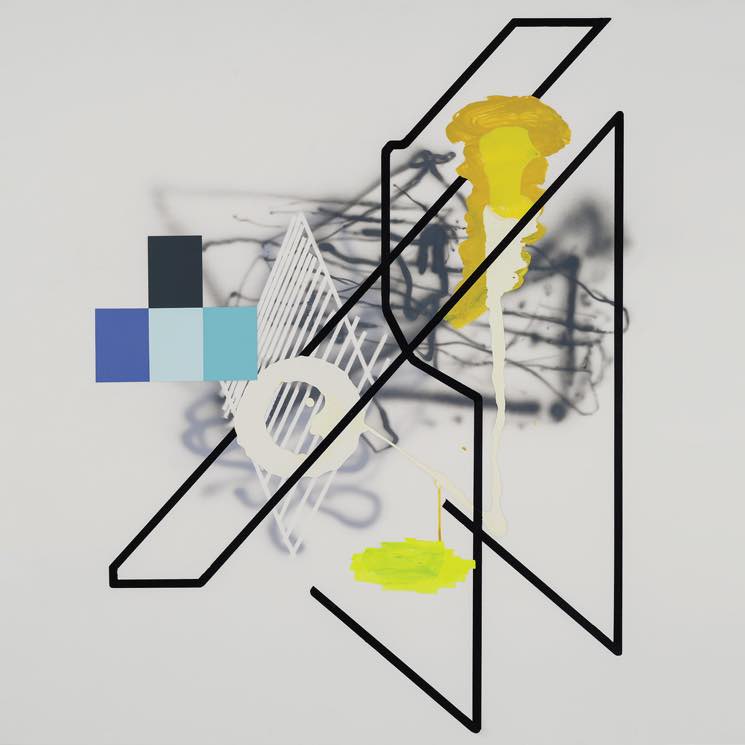 Although Esmerine are most certainly a part of the Montreal post-rock scene (several members have actually played for Godspeed You! Black Emperor) they distinguish themselves from the crowd with their odd choice of instrumentation. Fitted out like a minimalist classical/chamber outfit, their music on Mechanics of Dominion is more atmospheric than their contemporaries, exemplified by the piano-dominated "Northeast Kingdom" and the heavenly "La Penombre."

Amidst the ambient moodiness are moments of drama, but they're achieved with the likes of pump organ and brass horns rather than being brought on by overpowering metal guitars. By eschewing the bombast that tends to occur in modern post-rock music, Esmerine rely on excitement organically, derived from the natural fabric of the music itself to reach these peaks. Mechanics of Dominion is all the more satisfying for it.
Mark Anthony Brennan 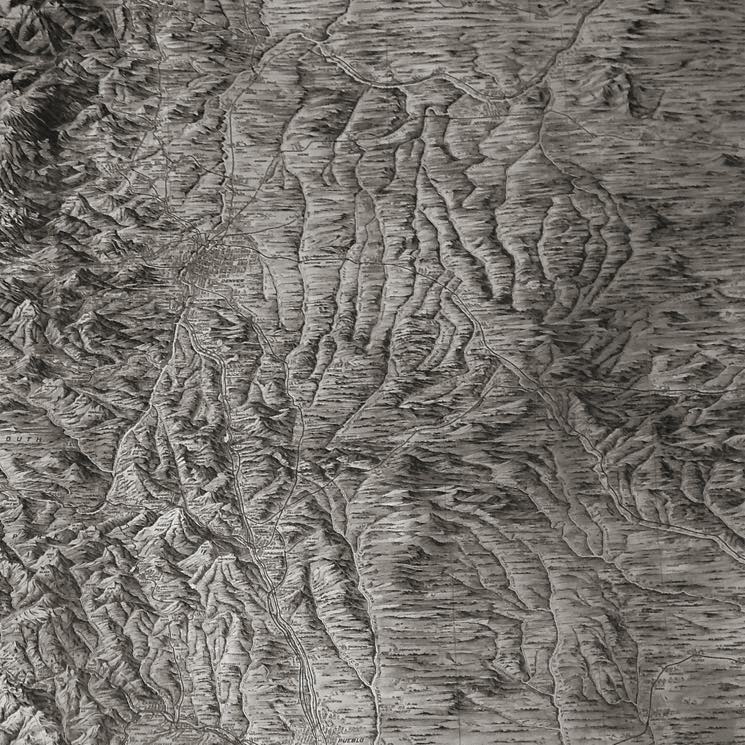 This album was brought to us thanks in part to the Banff Centre for the Arts, which booked BC producer Scott Morgan (aka Loscil) and Wisconsin cellist Mark Bridges for residencies at the same time in 2014. That was where High Plains began, when the sorrowful strings of Bridges met the supernatural soundscapes of Morgan, and a deeply resonant strain of neoclassical and ambient experimentation took shape.

Two years after their first encounter, they holed up in a rickety schoolhouse in a small Wyoming town, and let Franz Schubert's song cycle Die Winterreise run loose in their minds, distilling the resulting inspiration into their first collection, Cinderland. It sounds like destiny fulfilled.
Alan Ranta 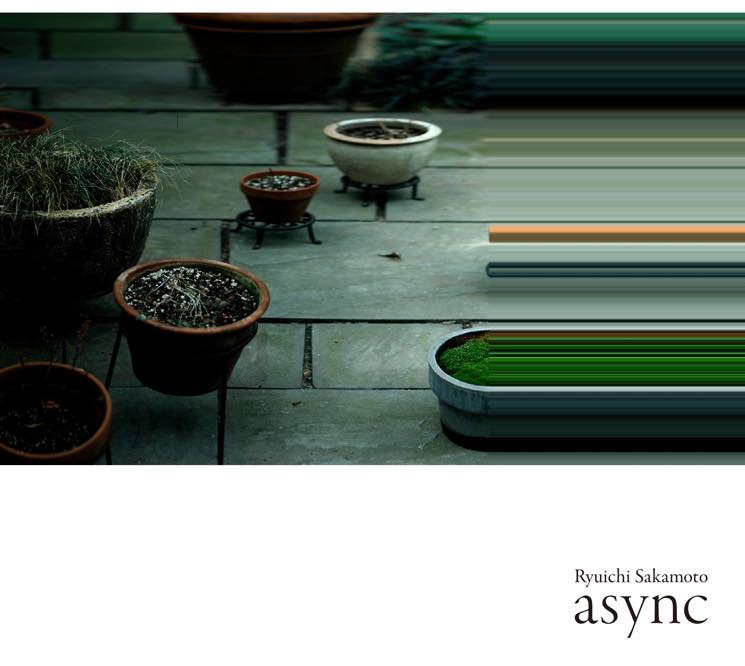 Ryuichi Sakamoto fans were delighted to hear that their favourite senior citizen was back in the recording studio less than three years after receiving a throat cancer diagnosis. His followers' affection for Sakamoto runs as deep as their admiration; anything new from the master was bound to be received warmly.

What few expected, though, was that async would be such a triumphant return. Sakamoto produced a touching, nostalgia-tinged album that is as progressive as anything in his catalogue. Featuring some of his best piano performances, noise elements and mortality-themed spoken word passages, the master has given us another great work.
Kevin Press


The Seven Fields of Aphelion
Keep the Ocean Inside
(Rad Cult) 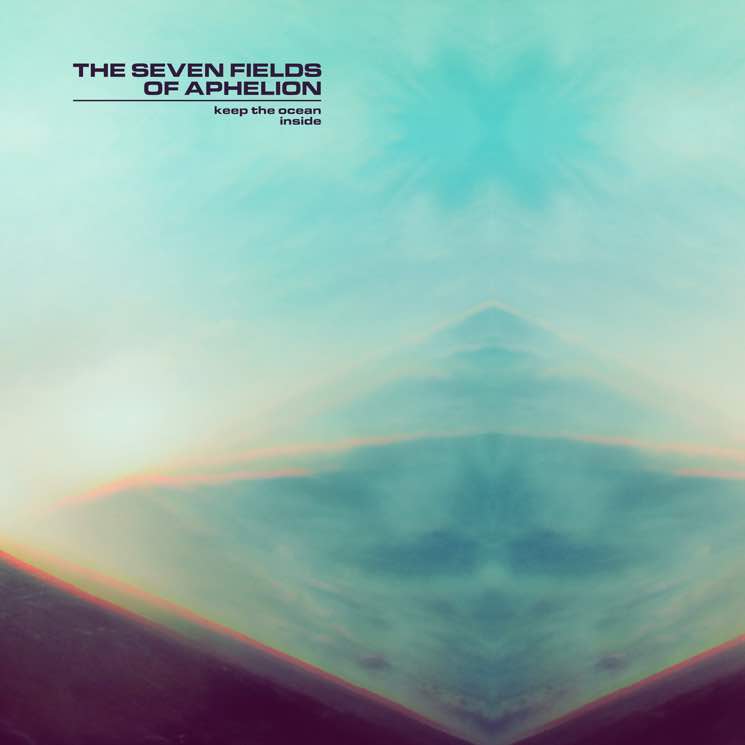 Given her day-job as a live keyboardist for TOBACCO and Black Moth Super Rainbow, Maureen "Maux" Boyle knows how to use synths to drive a psychedelic sound into hyperspace, but her solo work as the Seven Fields of Aphelion is an entirely different beast. Like Periphery, her debut from 2010, Keep the Ocean Inside drifts over the listener, leaving a heady fog of neo-classical ambience.

However, where Periphery delved deeper into noise and extended technique on organic instruments, Keep the Ocean Inside exudes a slowly evolving, warmly analog quality, like late '70s Brian Eno or deconstructed Boards of Canada. It wraps around your brain like a hug that you never want to let go.
Alan Ranta 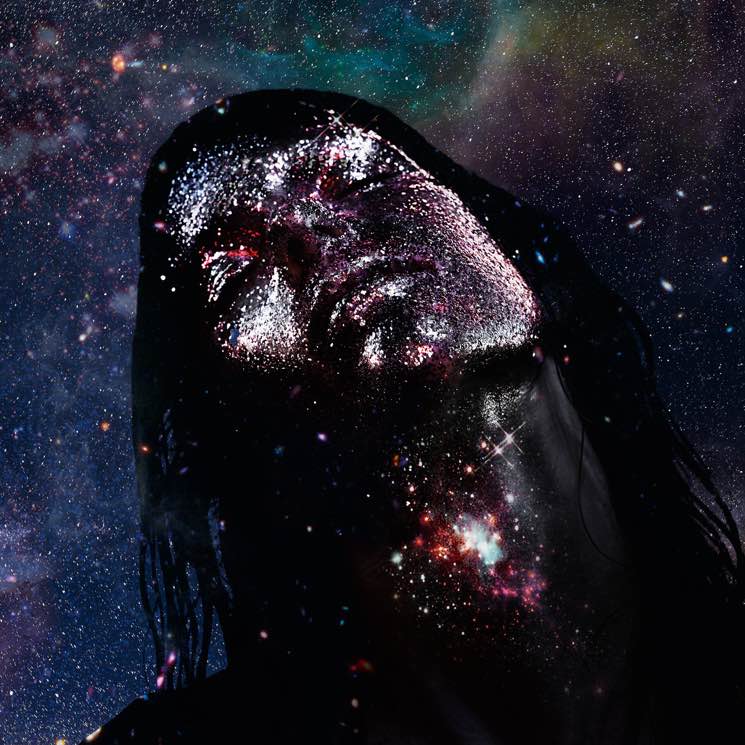 While The Kid may be Kaitlyn Aurelia Smith's most accessible album, it is also her most intricate. Her lush pads and melodies co-mingle with a host of Buchla-generated animal and nature sounds, which gurgle in small clusters just beneath the surface of each track. The multi-tracked vocals are icing on the cake.

Smith makes the entire gorgeous affair come across as effortless, which ultimately represents her mastery of the West Coast synth paradigm. Her finesse, both in synthesizer techniques and in general compositional awareness, has been steadily increasing with each successive LP, and with The Kid, Smith fully cements herself as a master of experimental songcraft.
Bryon Hayes


Colin Stetson
All This I Do For Glory
(50HZ) 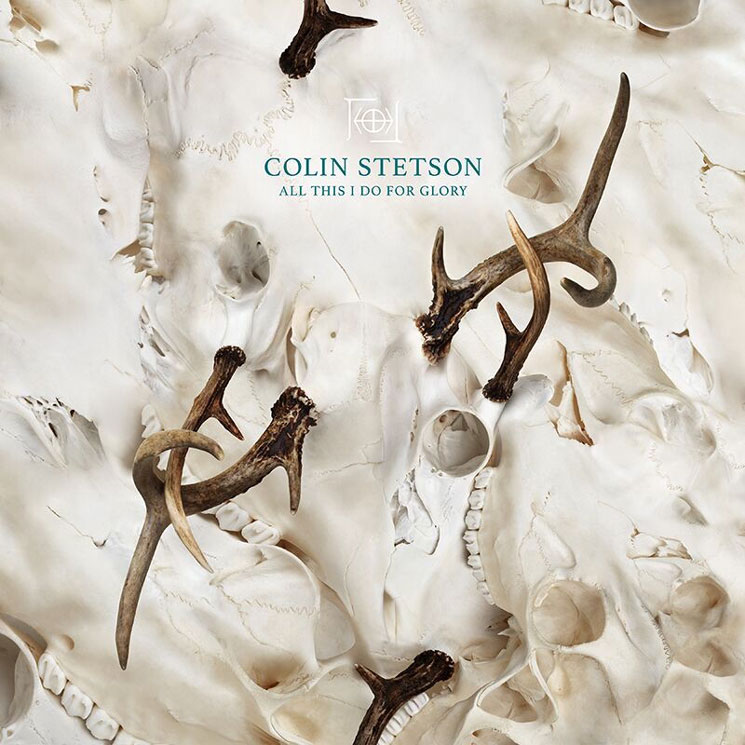 Stetson's forays into minimalism have always walked the fine line between being repetitive drawing a listener into that symbiosis of minimalism: the act of meditation by mantra.

What makes All This I Do For Glory a pleasure is Stetson's willingness to let time pass before events emerge from the cycles that so inform minimalism. The music also is of the earth and matter, and doesn't really stray from that grounding. The album art is truth in advertising here.

While the vocals stay in the same range throughout this recording (being reminiscent of the opening vocals on Pink Floyd's "Careful With That Axe, Eugene"), their implementation is not out of place, and they set off the earthiness of the saxophone even more. They are two separate entities conversing.

The clattering hoof beats on "Between Water and Wind" is followed by a spacier trip on "Spindrift," while "The Lure of the Mine" finds clean sound and distortion interacting. The pacing and production of the release as a whole really speaks to a sense of music over technique that's rare in instrumental outings.
Nilan Perera