Well, there's probably other stuff in it too

By Josiah Hughes
Published Jan 27, 2020
Love him or hate him, there's no denying that Saturday Night Live head writer and future Scarlett Johansson hubbeh Colin Jost has carved out quite the career. And he's done so in spite of his incredibly punchable face. That mug is the central topic of his new memoir.

The writer will release a book called A Very Punchable Face on April 14 via Crown.

Here's the official synopsis, as per Amazon:

From growing up in a family of firefighters on Staten Island to commuting three hours a day to high school and "seeing the sights" (like watching a Russian woman throw a stroller off the back of a ferry), to attending Harvard while Facebook was created, Jost shares how he has navigated the world like a slightly smarter Forrest Gump.

You'll also discover things about Jost that will surprise and confuse you, like how Jimmy Buffett saved his life, how Czech teenagers attacked him with potato salad, how an insect laid eggs inside his legs, and how he competed in a twenty-five-man match at WrestleMania (and almost won). You'll go behind the scenes at SNL (where he's written some of the most memorable sketches and characters of the past fifteen years) and Weekend Update. And you'll experience the life of a touring stand-up comedian — from performing in rural college cafeterias at noon to opening for Dave Chappelle at Radio City Music Hall.

For every accomplishment (hosting the Emmys), there is a setback (hosting the Emmys). And for every absurd moment (watching paramedics give CPR to a raccoon), there is an honest, emotional one (recounting his mother's experience on the scene of the Twin Towers' collapse on 9/11). Told with a healthy dose of self-deprecation, A Very Punchable Face reveals the brilliant mind behind some of the dumbest sketches on television, and lays bare the heart and humor of a hardworking guy — with a face you can't help but want to punch.

Jost also managed to wrangle a press blurb from Larry David, who writes, "I always wanted to punch his face before I read this book. Now I just want to kick him in the balls."

You can check out the book's very punchable cover below. 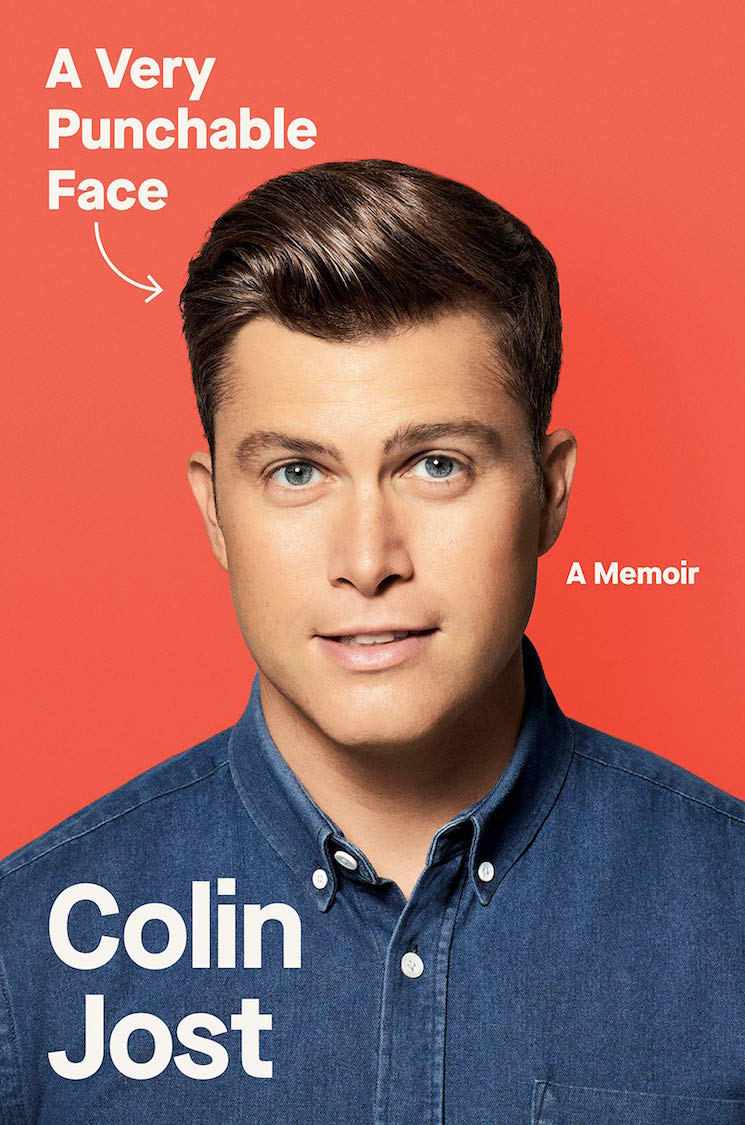