WILLOW Joins Billie Eilish in Toronto, Montreal for "Happier Than Ever" Tour

By Megan LaPierre
Published Aug 12, 2021
It's Billie Eilish's world and we're just living in it. Naturally, the pop star was conscientious in selecting the best-suited supporting acts to get in on her "Happier Than Ever, The World Tour" dates for next year; especially after the long absence from touring. And honestly? We think she nailed it.

Eilish will be joined by WILLOW (a.k.a. Willow Smith), Jessie Reyez, girl in red, Arlo Parks, Jungle and Duckwrth on the road next year.

WILLOW is set to cross the border and warm up the stage for Eilish's Toronto and Montreal dates in February, while Duckwrth will open Vancouver's. Meanwhile, Canadian Reyez will appear at one of the Los Angeles shows, as well as most of the U.K. leg of the tour.

UPDATE (1/24, 4:41 p.m. ET): Eilish has postponed her Montreal and Toronto dates due to local COVID restrictions. Details on the rescheduled dates are forthcoming.

Due to local guidelines and an abundance of caution, Billie's Feb 15th and 16th shows in Montreal and Toronto have been postponed. Details on rescheduled dates to be announced, and all tickets will be honored for the new dates. Thank you for understanding and please stay safe.

Check out Eilish's full itinerary and updated tour poster below for further details.

Eilish's new album Happier Than Ever was recently featured on Exclaim!'s roundup of Essential New Releases for August. WILLOW also released her pop-punk debut lately i feel EVERYTHING last month.

* with WILLOW
& with Duckwrth
+ with Jessie Reyez 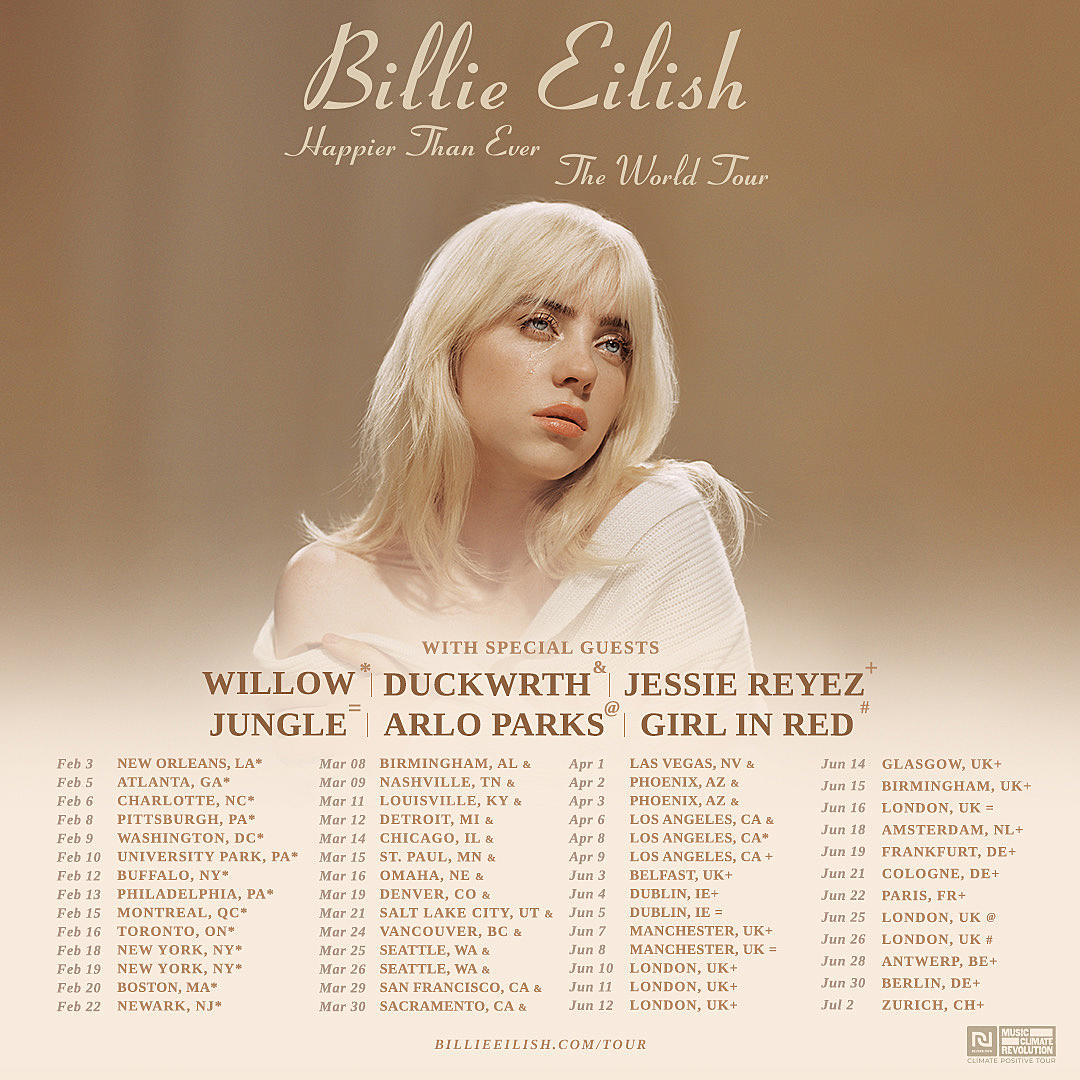